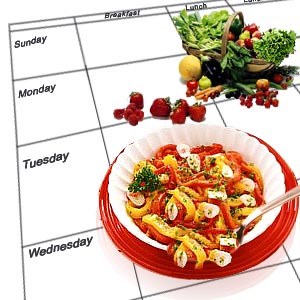 By Vincent Roszkowski and Jenna Inzitari

Students this year walked into Mercy College blind to the change that occurred with the current meal plan. Gone was the old system of dining dollars to spend as pleased. The new plan would consist of a set menu “meal” system.

“It was horrible. I was confused coming into this semester because there was no warning about any of the changes that had been made,” dorm resident Marissa Martufi said.

Over the summer, there was zero notice of this change that had been made by Mercy College. Students were notified at residential meetings the first night of school.

The new meal plan differs from last year’s plan in many new ways. Last year, students chose how much money they were willing to put on their meal card, and then spend it to their liking. This year, depending on which amount was chosen before the spring semester ended, determined how many meals a day a student will receive per day and how many “dining dollars” students are limited to.

“Decisions to implement the meal plan stemmed from student feedback as well as meal plan trends across the country,” said the public relations office.

The Impact surveyed several dorming students for their opinions on the new plan, and few were in favor of the change.

If a student put in for the $1950 plan, the student will recieve two meals a day with $512.50 in dining dollars. If the student chose to get the least expensive meal plan, which is $1100, they would get one meal a day for five days and includes $537.50 of dining dollars. However, if a student choses to not eat what is included with the meal, which consist of an entrée,  two sides, dessert, and a medium fountain beverage or bottle of water, then there is not a discount and still consists of a meal. Yet any substitution results in dining dollars. Plus, there are instances when students feel they are being told to take more food that they desire.

“I felt bullied at the counter. I only wanted a sandwich and I didn’t want the sides. The cashier told me they would count it as a meal and took away from my dining dollars,” said a disgruntled junior student that dorms at Dobbs Ferry that asked to have his name withheld. “To force someone to accept the sides and dessert when they don’t want it is a waste of food.”

An interesting aspect that was brought over from last year’s plan was the “no rollover rule.” The no rollover rule is when a student has extra money that was not spent through out the semester that does not get refunded back to you for the next semester.

Last year, students had the chance to share another student’s meal card if they were unable to purchase a meal or a snack. However, according to workers in the Hudson Café’, that led to many students not having enough money on their card at the end of the school year.

“This is a good change due to the fact that students will no longer go hungry and will always have a meal available for them,” said one worker.

Blanco stated that the staff of Lessing’s was ready to make the changes towards the new meal plan. He noticed that students are taking time getting accustomed to it. Students who have been dealing with problems with their meal plan may assume that Lessing’s is responsible for the decision to change plans, however, he says Mercy College had the final say of adjusting the plan.

A cashier that wishes not to be identified is still adjusting to the new system. “It’s a lot different and there is more training involved. There is a lot of memorization in regard to what is considered a meal and what’s not a meal.”

Even though Mercy College is trying to take a step towards a healthier way of spending and eating, sophomore Paul Chiaramonte stated, “The food amount is scarce and that there is not a big variety of options presented to us.”

A petition has been started up and signed around Mercy College in hopes of changing the rules of the new meal plan back to the old system. Many students, such as Joey Poppe, a member of the lacrosse team, are very upset with the new plan.

“I don’t want to be told what to eat and what is a meal ‘consists’ of. It’s confusing and unneeded.”

Students are unsure as to why the meal plan was changed and are signing a petition against it.