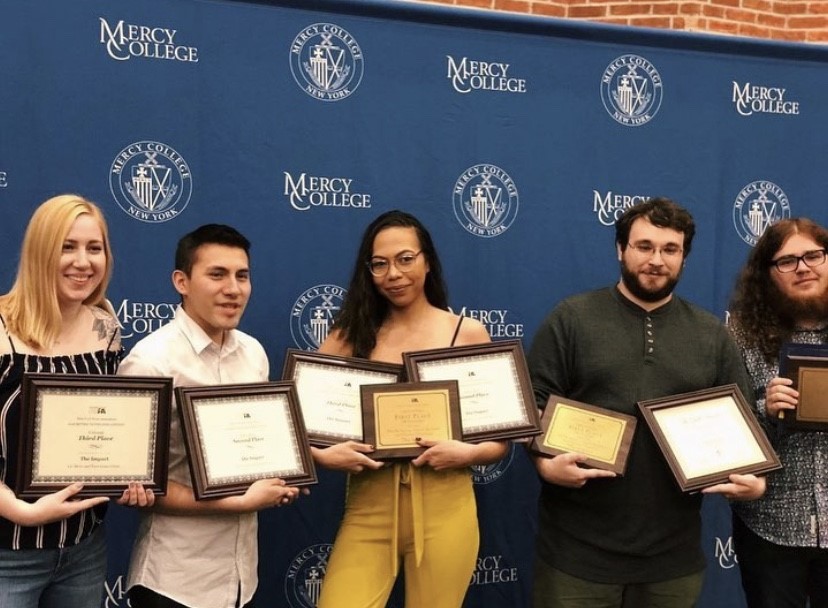 The Impact was awarded five journalism awards by the New York Press Association last week, earning the second most writing awards in the state for the fourth year in a row.

This broke The Impact’s previous record of four awards, which it won each year for the past three years. 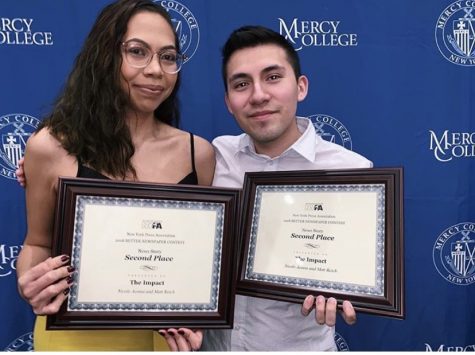 Her Column, Nic’s Notables, was honored for two pieces, a Misplaced Attachment, about a friendship gone awry, and Enough is Enough discussing the obsession of social media.

“Written with understanding and compassion. A very good job and a very good read.”

Acosta teamed up with Matthew Reich on the news story titled, Opioids: An Epidemic Plaguing Westchester County  addressed a national issue on the local landscape.

The judges stated, “The quote at the beginning draws the reader in and the numbers show the scope of the problem in the community. The parent mourning the death of her son puts a human face to the tragedy.”

Three staffers won the first place award for editorial writing. Michael Dunnings, Steven Keehner and Acosta wrote pieces on I Believe You, and I’m With You in regard to sexual harassment, Transgender People Need Respect and Coming to a Consensus On Climate Change.

The NYPA judge stated, “These were topics that really hit home with me. I could feel everyone’s passion on the topics in question. That’s what I feel is lacking in other papers when reading editorials. Well done!”

Acosta joins Kayla Simas and Liv Meier as the only three-time award winners in Impact history.

Meier teamed up with Nora Grayce-Orosz to win third place honors in editorial column writing for the stories Where is the #MeToo In Music,  Not Only A Girl Thing and Why Straws Seriously Suck. 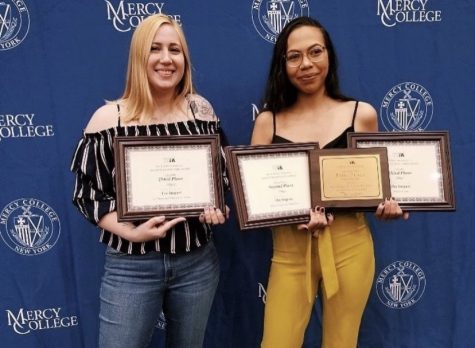 Judges said, “You laid it out well and came up with solutions – very important in when it comes to an editorial.”

Valerie Lopez’s column, Chats With Val, won second place in the Column Writing category. Her story, Why I Didn’t Speak Up Sooner, addressed her experiences during the Brett Kavanough hearing. Her second column was An Open Letter To Victims of Abusive Relationships.

The judges said, “The hard story to tell but the columnist did it very well. Writes with feeling and emotion and a good deal of courage thrown in. Well written piece about a story that needs to be told.”

The Impact has won six of the nine awarded prizes in the Column Writing category over the past three years. 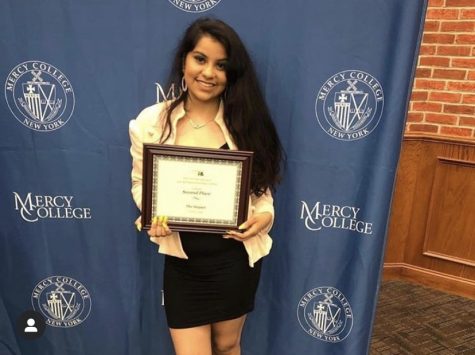 Impact advisor and Department of Communication and the Arts Chair, Michael Perrota, credits the creation of the Journalism Lab four years by Mercy College as a spark for the success, not to mention of the eagerness of the students to proudly represent their college publication.

“The staff has great expecations every year now. Great tranditions  have formed over the past decade and we are going to keep the momentum rolling.”

“Every year we try to be more dynamic, whether it is video elements or podcasting. Stories need to be told and we are going to keep telling them the best we can.”