I Am Not a Victim, I Am a Survivor

I am telling my story for the first time ever. 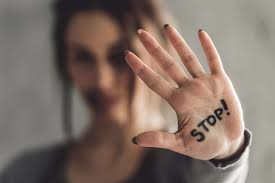 I was sexually assaulted when I was 6 years old, and again at 12.

A normal encounter with my sister’s friend suddenly turned to one of the worst days of my life.

It was abuse and it was wrong, and the worst part is that I had no idea what she was doing.

It was supposed to be an innocent game of house. I played the child, my sister played the mother, and her friend played the father.

To this day, I question what her motives were, was she playing the part of a sick father who liked to touch children? Or was she the one that liked it?

I remember her laying there and touching me. She pretended that what she did was okay, and then played the part of the innocent friend whenever my sister walked in.

She whispered in my ear and asked me if I liked it, I remained silent.

How is a 6-year-old supposed to like that feeling? I wasn’t even old enough to understand what it meant to “like it.”

It took me experiencing it again at a more mature age to understand what really happened.

Sadly, I was reminded of it because of my ex-neighbor/superintendent, a man old enough to be my grandfather.

I was scared, I felt violated and dirty. It felt like my innocence was taken from me so suddenly.

He touched me and tried to kiss my neck, and then he told me that he loved me. I can still feel his sandpaper hands on my body.

I didn’t know if I wanted to cry or scream. I did neither.

I just pushed it to the side and pretended like it never happened.

I hated myself for not saying anything and for brushing it off like it was nothing.

I still replay those moments in my head every day and blame myself for what happened to me.

I allowed it. I did it to myself. I said nothing for years.

The worst part is that it didn’t seem like they had any remorse. I wonder if they feel remorseful now.

For years, my mind blocked it out. But then it kept replaying in my head over and over. I couldn’t take it.

I would cut, everyday. I didn’t care how much it hurt I just wanted to not think about it anymore.

I tried telling someone who I didn’t know very well. It was very hard for me to just come out and talk about it but I needed to tell somebody.

They told my mother. I’m sure their intentions were to help but it was supposed to be confidential. I wasn’t ready to tell her.

I came home that day and she begged me, with tears running down her cheeks, to tell her what had happened. I told her, the best way I could.

“Why didn’t you say anything? We could’ve went to the police, I could’ve done something.” She cried out. “How could your sister’s friend do this and continue to come to my house like nothing?” She grew angry thinking about it.

I felt like she was angry with me, which is understandable. I should’ve said something, but she understood why I didn’t.

When she cried, I stayed quiet. What could she have done? He’s a grandfather, he has a granddaughter. His grandchildren put him on a pedestal. Who were they truly going to believe? It was his word against mine.

It was too late to say something, it was 3 years after the assault. I had no proof, it felt like a losing battle.

So I never went to the cops, and for a while, I hated myself for not doing so, but I believe one day they both will realize what they did was wrong.

Now I’m not afraid. I bottled this up for too long and I am no longer going to allow those two to take over my life with the tragic memory of their presence. I am standing up and telling my story.

This is my story and it belongs to me.

My name is Amber Perez and I am not a victim, I am a survivor.