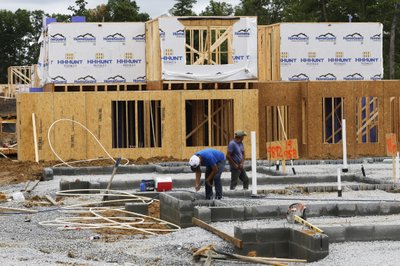 Those four words truly became something to live by.

It was my first month out of the Navy, and like many other veterans, the transition from active duty back to civilian life strikes similarities to getting out of prison. The comparisons are endless.

One night in particular, I remember getting a call from a family friend offering me a job working union sheet metal in New York City. He was running the “Helmets to Hard Hats” program in the city and he wanted me to be a part of it. Never being the type of guy to turn down a job offer, I said yes. However, to this point in my life having grown up being an all-everything Boston guy, I had never been to the “Big Apple”.

In hindsight, I really wish I thought these life-altering decisions a little more through.

Moving to the city was a unique experience, to say the least. I was so dumb I could’ve sworn Harlem was a borough; maybe my infatuation with Dip-Set as a teen would’ve made me believe that. I was naïve at best.

Without a real place to stay and not knowing how to use the subways, I chose to stay with a Navy friend in Queens. If I only knew now what I knew then; he lived in Far Rockaway, and I was working in the Bronx.

In typical fashion, I wasn’t off to a good start.

My first day on the job was like something out of a nightmare. I showed up to work all bright-eyed and was quickly shot down by the grimacing looks of these lifer union construction guys.

Having spent the previous six years of my life doing manual labor-intensive work, it wasn’t the grittiness of the job that deflated my sails. It was dealing with the cast of characters I had to work with.

The scene on the job easily draws comparisons to GoodFellas where Henry Hill introduces all the wise guys. Here we have Johnny Bag-O-Donuts over there, we got Jimmy who has been working Union jobs since he was 17. Jimmy and Johnny were both third-generation sheet metal workers. They have no interest in even being a foreman, the individual who would run the job site and who won’t even touch a tool all day. Over there we have Pauly. He hates the world.

It was relentless, and needless to say, some of these guys were convicts and felons. Granted, I’m (to this point) working a construction job. I know I’m not going to be working with the Pope, but still.

Like anywhere else you go in life, there is always that one guy who is the loudest in the room.  For me, it was there was this one obnoxious overweight character who I’ll never forget, Claude.

Claude had been around the union for quite some time. Sharing his previous exploits of how he beat this one guy to death when he was 21 and how he got away with it. He was at least 6-foot-4 and was around 300lb easy. He was an over-the-top atheist, yet this guy was a card-carrying liberal.

Claude, like many others on the job site, relied heavily on the younger guys to run work for them – lifting all the pieces, shuffling around the tools, hanging the ductwork, you name it. Claude would just sit there and drink his coffee and read the blueprints.

New to this line of work, my body was beaten to hell. I could not walk after my first month, yet I would always be the first one on the job site every single day. Claude would always ask me how I was feeling, and like clockwork, I would get cut off mid-sentence with the snarky reply, “nobody cares kid, work harder.”

Not to be a self-righteous here but, I’m in a new city, I’m sleeping on my buddy’s couch who lives two hours away on the subway, I’m the first on the job site every day and the last one to leave, what else could I possibly do?

“Nobody cares kid, work harder,” would grind my gears to no end. I mean it had primetime real-estate in my head. It was the last words I heard before I went to bed and the first thing I heard when I woke up.

Yet the more experienced I got the more this quote morphed into something that struck a chord with me. In a weird way, it became something I identified with.

One day, I was just so motivated for Claude to come to work. I was there early, laid out the tools (in the dark), and got my coffee. I was ready to show this guy up. Claude comes in, and he is steaming.

“Kid, what the hell are you doing? Nobody cares, work harder!”

I absolutely lost it on this guy. I packed up my tools, and after giving this job two years of my life I’ll never get back, I walked off that job site and never looked back.

Years later, I can still hear those (explicit) words in my head. Fortunate enough for me, they serve as both a reminder and motivation. A reminder as to how far I’ve come in life and what my previous life experiences have taught me as well as, motivating me to always outwork the guy next to me.

As for Claude, I couldn’t tell you what his motivation was to say that damn line to me every single day for two years without proving it on his end, but in a way, I’m glad it happened, and I’m glad it’s over.

I care. And I still work harder.