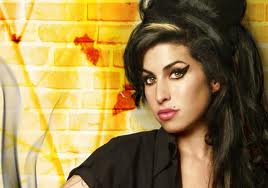 In the wake of Whitney Houston’s death, as the world tries to come to terms with the death of the iconic singer, the issue of drugs in Hollywood has been on almost everyone’s mind. From Michael Jackson to Amy Winehouse and now Whitney Houston, all immensely talented superstars that we have come to know throughout the years, are all victims of drug addiction.

One can’t help but wonder why these stars ruin their lives to drugs. From an ordinary person looking in from the outside its hard to even comprehend how someone can self destruct and ruin “a perfect life” full of fame and fortune, but when one actually takes the time to analyze these superstars its not a perfect life they lead. Yes, they have money but time and time again we have learned that money cannot BUY you HAPPINESS. Can you imagine living your whole life in the spotlight ridiculed at every moment you err, and unable to have a single moment of privacy followed by paparazzi everywhere you go, basically having no normalcy?

As an ordinary person it’s so totally infuriating when you feel somebody is intruding on your life, and I can’t even begin to imagine someone trying to live their life while the whole world peeks in and criticizes a life or situation they have no idea about. This has undoubtedly driven these artists over the edge, making some of them so stressed out that they turn to drugs. On top of an intruding society, there are doctors who become celebrity stricken and instead of helping, they become part of the celebrity entourage giving them drugs that they know they shouldn’t be giving them. Unfortunately this is not the end of Hollywood tragedies. For as long as we continue to be a celebrity obsessed world we will continue to see tragic consequences of our obsession.

It’s sad that people bash celebrities like Houston, Winehouse and Jackson. People tend to forget that celebrities are human and that nobody wants to ruin their careers and that nobody wants to die. ADDICTION IS A DISEASE. There are millions of addicts around the world but need our help. Celebrity or not, we should embrace them instead of shunning them

Tony Bennett in his tribute to Whitney Houston suggested legalizing drugs like in Amsterdam. I don’t know about that, but I definitely know that something needs to be done to curb the dreadful disease that is drug addiction.