Being Sensitive to the LGBT Community 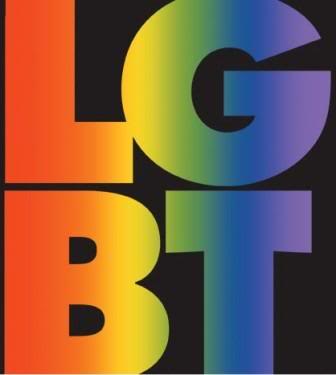 How important is family to you? Would you stand by your loved one no matter what? If someone in your family were lesbian, gay, bisexual or transgender (LGBT), would you still love them in the same way as if nothing has changed? A new trend is growing and more people are discovering about themselves that they are gay, lesbian or bisexual. There are thousands of parents who have children who have fallen in love with someone of the same sex and many parents are not accepting. That is a horrible feeling to have to withhold. There are parents on the other hand that love their children unconditionally and accept their sexual preference because when you love a person all the things that go into making up that person should be loved as well. The less common of the LGBT group are the transgender people. There are different forms of being transgender, all the way from the occasional cross-dresser to a born transsexual. A transgender person is rarely a drag queen. A transgender person feels that they were born in the wrong body and should have been born as the opposite sex. Drag queens though are usually guys that just like to dress up in women’s clothing because they like the way the clothes and makeup feels on them or just to put on a show. Drag queens do not usually dress that way 24/7. Transgender people however, change their whole lifestyle to fit the new person they are changing into. There are transgender people that change from being born a guy into a girl and others change from being born a girl into a guy. Some believe transgender does not mean transitioning from one gender to another but rather staying as both. Transgender usually has to do with gender identity and not sexual preference. There are probably people in your own lives who deal with the struggles of being gay, lesbian, and bisexual or transgender.

For me, the writer of this article, this topic is something I have had to deal with personally. A year and a half ago my father decided he was not going to live his life any longer as a man but rather as a woman. My father, from when I was little, would always dress as a girl for Halloween, but to me that was something only done for that one night. As the years passed, my father started dressing up more when he went out with his friends on weekends. He has several transgender friends and they would get tips from each other on how to enhance themselves and become better more attractive looking women. The key was to make yourself look believable so that you could pass as an actual woman. My father is in his early 60’s (although he looks 10 years younger) and that means he will have spent the larger part of his life as a guy. So for him it was extra hard changing into a female at this stage in his/her life compared to a male who realizes he wants to be a girl when he is much younger.

On a “60 Minutes” special report, viewers were introduced to a boy who was just three years old and this report followed this boy’s life until he was about 10 years old. The boy’s parents and doctors felt that the reason for this boy’s acting up was due to the fact that he had ADHD and so they put him on medicine to treat that. It was not until the boy’s mother broke down to find out the truth behind her son’s inattentive and hyperactive actions. The interview showed her son at just 5 years old telling his mother that he was supposed to be born a girl. The family started dressing and changing this little boy into a little girl. Her new life had started to begin and she was much happier being able to show everyone that she was now a girl. But just looking like a girl was not enough for her. She wanted to get rid of her male genitals. Her family went to several doctors and was told that she could not be operated on until she was 18 but the little girl was able to take some form of hormones to lessen the onset of male puberty. My heart broke for this little girl and her family.

Also, on “Oprah,” there was an interview with a mother who has a three-year-old little boy who always wanted to wear a princess ballerina skirt. His mother was concerned about what all the other kids in his pre-school would think. The little boy told his mother that if people did not like him for who he was, then he did not want to be friends with them anyway. It was remarkable to see that someone as young as him would have that type of attitude. His mother went on to write the children’s book entitled “My Princess Boy” and this book has gotten recognition from people all over the world.

A popular show, mostly for teenagers, on the channel “The N” which is part of Nickelodeon is called “Degrassi – The Next Generation.” This show deals with many controversial topics in a high school setting. One character is gay but does not realize he is gay until high school; but the more shocking character was the girl who started high school as a girl and changed half way through the show into a guy. She got picked on greatly by her classmates, but her very select group of friends seemed to accept her and stuck by her. We even saw her have a relationship with another girl on the show who ends up dumping the transgender guy because the non-transgender girl realizes she is a lesbian and prefers genetic women. Another difficulty for this transgender guy was when his parents would not let him dress up in male clothes when the grandparents were over for family dinner. On “Degrassi” this family would not allow their teenage daughter to show the grandparents that she had turned into a guy thus not allowing her transformation to occur. This girl on “Degrassi” told her mother that she has to stop thinking of her as her daughter anymore but rather as her son. How can any parent hear their child say that? It is a conversation that not too many families discuss, but for some families it is reality.

The above three examples are of transgender people who have changed at a young age and will live the majority of their lives as the opposite sex. When you are older you are already set in your ways and changing then can be very difficult. My father’s parents (my grandparents) found out that their son dressed up as a woman when my father attended a party at his younger brother’s place. My father thought that it would be a good idea to show up at the party as a girl and show his brother this other side of him. His brother, who was gay, ironically did not take this news well and told their parents. So my father’s parents knew that he dressed up several years before he actually made the full change. It was not until a year and a half ago when my father asked his parents if he could show them his Halloween costume and went to their house all dressed up as a girl. My grandma’s home health aid at the time was shocked to see my father, Frank, wearing a dress and makeup. She asked my father why he was wearing the outfit and he said because it was simply a Halloween costume but she knew that was not the truth. She knew the real answer was much deeper than that. It was my grandmother’s home health aide who convinced my father to stop playing games with him by going back and forth and that he should pick one gender once and for all. That was when my father decided to stop being a man altogether and dropped the “K” from his first name Frank and became Fran.

How am I, his only daughter, handling all of this? In the beginning stages of his changing I would not go anywhere with him even though my father and I were always very close. I was hurt that my father would have done this to me. Than I realized that LGBT people do not change their sexual preference or gender identity to hurt others; they change because they are hurting inside and cannot go on living the way they were trying to live previously.

Seeing a transgender person transform and seeing a gay or lesbian person transform is very different. People who are gay or lesbian still look the same on the outside, but transgender people for the most part do not look anything like their former self. My father is a non-op form of transgender and that means that he is not going to go through with any medical procedures. A post-op transgender person is one who has taken hormones, enhanced themselves with the help from doctors to develop female parts and has had things done to make their skin resemble the skin of a woman. A pre-op transgender person is in the process of changing and eventually becomes post-op. Several of my father’s transgender friends have gone all the way with their transformation but my father is still in his changing and developing stages. I think up until now it has been easier for me to accept my father because he still has male features and I can see my father underneath his long hair, heels, dresses and makeup. People do not personally have to agree with their loved ones’ changes to still treat them and love them as the same person. The hardest part for me is in public when I call out “Dad!” to get his attention and people look around to see where the guy is and all they see is a woman. Most people would say that I am a very accepting person. However, it is much more challenging when the situation affects you directly and it is your father, mother, son, daughter, brother or sister who is the one undergoing the change to express his or her true self. 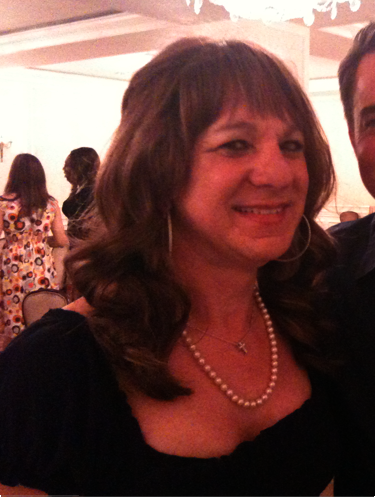 MY FATHER WHO NOW GOES BY THE NAME FRAN 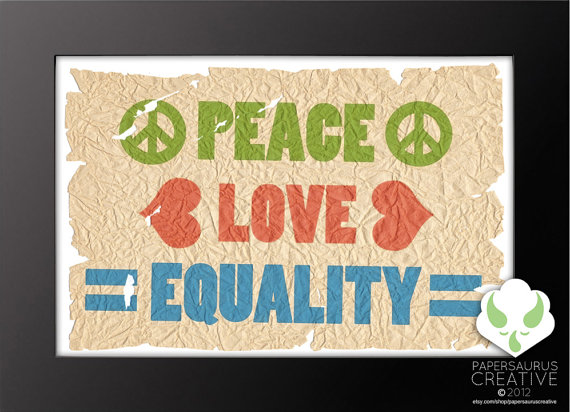 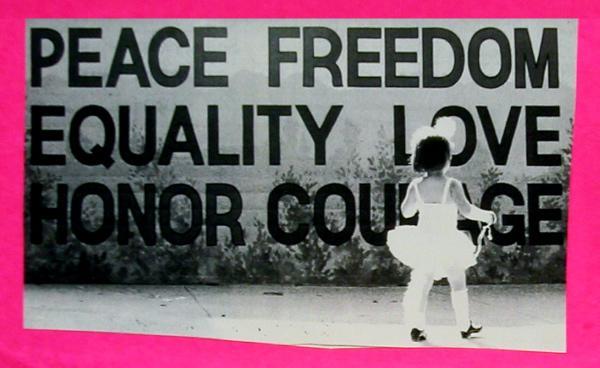