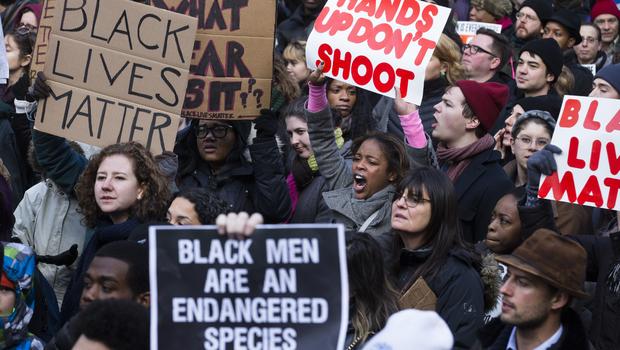 This past weekend, the million man march took place in Washington D.C and in New York City. Protestors came together, because of the realization that the Justice system in these United States of America, is broken and always has been broken.

Ferguson was not enough.

The non-indictment and dismissed potential charges of Officer, Daniel Pantaleo, who choked and killed Eric Garner in an attempted arrest, proved how twisted and insane this country really is.

Who are these Grand Jury’s, why do we have them, and where do they come from?

What is the point of having a grand jury, who do not believe in justice? These are questions that need to be answered, because we cannot comprehend their purpose and why they hold so much power.

The grand jury is empowered to conduct official proceedings to investigate potential criminal conduct and to determine whether criminal charges, should be brought.  A grand jury is separate from the courts, who do not preside over its functioning. The United States, is the only country who retains grand juries.

The rest of the world figured out that a grand jury does not work and is ineffective, so why does the United States still have one?

It is more than clear that these grand juries do not believe in justice, unless it was someone in their own family or status.

This is why WE can’t breathe.

It is not the grand jury.

It seems as though this is much deeper than it appears to be.

Those above the law are protected by the grand jury, while others are at their mercy. I believe this is why they still exist. No longer is this only a race issue or an economical one, in the words of Eric Garner’s daughter, this is a “national crisis” This is about the brokenness of the United States of America. The same country, who fought wars to bring democracy into parts of the world that had none. The same country who will fight to protect other nations, while theirs is falling apart. The same country who ignores all that is going on, on their own home front.

We are being strangled by lawlessness from those who do not lead by example and take advantage of the power that they have.

The only person arrested in the Eric Garner murder, was the man who videotaped it.

I am disgusted, appalled, and devastated.

What will it take for changes to be made in our justice system? Because WE can’t breathe.

Will these rallies and protests be enough to cause a change or will this blow over in the months ahead?