The Struggles to the Championship 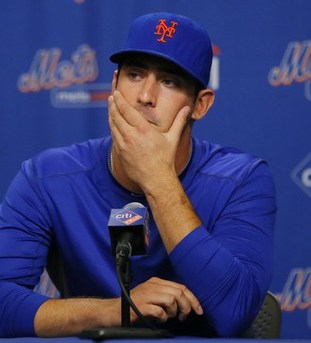 New York Mets pitcher Matt Harvey speaks during a news conference announcing that he has been diagnosed with a partially torn ligament before a baseball game between the Mets and Philadelphia Phillies at Citi Field, Monday, Aug. 26, 2013, in New York. (AP Photo/Paul J. Bereswill)

In New York City there are many sports teams. Many of them are well known and many are not. Baseball is the most watched sport in the Big Apple, home to the New York Yankees and New York Mets. This year the New York Mets were getting a lot of attention from everywhere you can think of.

The New York Mets had been around for 53 years and the team started in 1962. The Mets has a lot of history, but what stands out is the year of 1974-79, The Midnight Massacre and Dark Ages. In 1975 owner Joan Payson died when the season had ended leaving the team to her husband Charles. It must of been hard for Charles to take over the New York Mets when his wife passed away. One thing about Charles was that he delegated his authority to his three daughters. One thing that his daughters have done was leave control over baseball matters to club chairman Grant 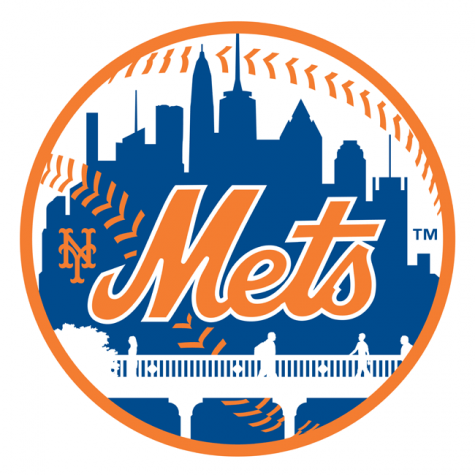 In 1978, Grant mismanaged the team in which the team was in last place once again. It seems that
New York Mets had a bad reputation when it comes to winning a game or making it to the play offs. Matters of fixing up the team took it’s place. in which Grant gotten fired by Charles. The Mets continued to struggle until they won their first World Series in 1969 and won again in 1989. The New York Mets were off to a good start.

This year was going well for the New York Mets because they made it to the play offs. The attention that the Mets were getting was crazy. Everybody in the state of New York was cheering for the Mets. This year was
big for the Mets because history was in the making. It has been so long time that the NY Mets made it that far. Fans were watching the games; cheering and  hoping they go as far as they can. As the game was going on and as fans was watching the game the NY Mets lose game 1. But  they still had a chance for a shot to the World Series. Game 2 the Mets did not had victory and lose by the Royals.

But the New York Mets still had a chance in winning as they moved on to game 3, where the NY Mets declared victory on game 3. As they continue as play, the last game the Mets played ended their run in the series. The fans of the New York Mets were sad because the Mets had come a long way in hopes of winning the World Series.