Celebrity for a Day 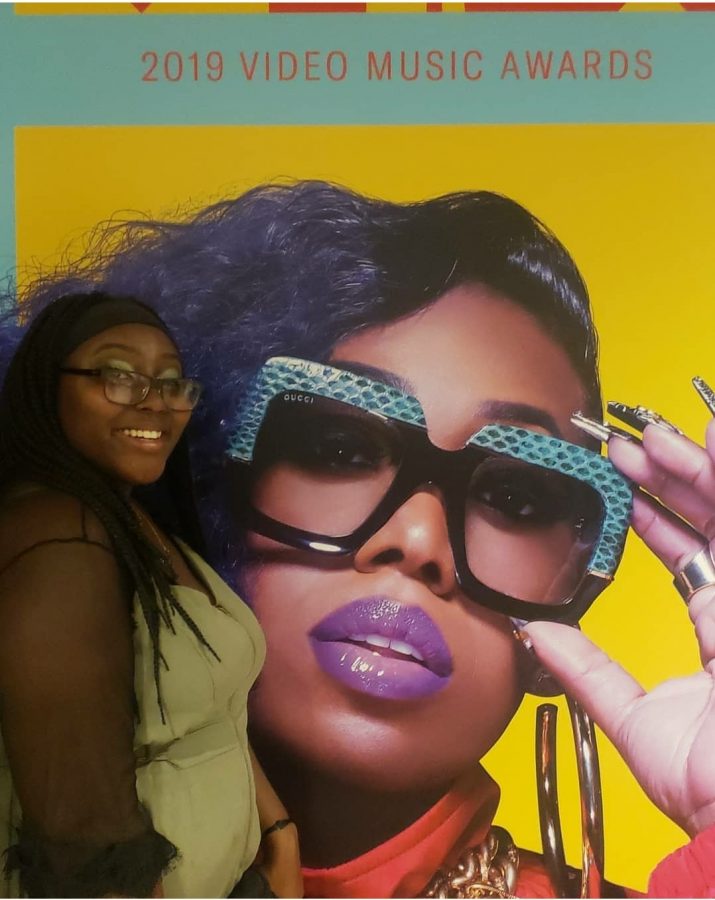 On Aug. 26, 2019, I was given the opportunity of a lifetime. My best friend, Malik, and I were able to go to the MTV Video Music Awards. He called me a week before to say that he got us free tickets.

We had to go to the Prudential Center in New Jersey. For an event like this, I was surprised to see how unorganized the seating process was. There was a long line for audience check-in. When we finally reached the front of the line for the metal detectors, we had to seal our cellphones in pouches.

Since the show was live, they did not want the audience to film. The only people who were able to have their cellphones were the celebrities and the people on the ground floor by the stage.

After we received our wristbands and got our phone pouches, they had all of us sit in a waiting space. It looked like an unfinished building with a bunch of chairs for everyone. It felt like we were sitting there forever, especially since we did not have our phones. Malik and I fell asleep while waiting for something to happen.

They started taking people in groups to be seated. When we got into the Prudential Center, I remember everyone started running. I assume they thought if they got in first, they would get front row seats. My first instinct is to run if I see people running, so I was running along with everyone.

We got to the food area where everyone just stood there confused and lost. About three to four people came over to all of us and started handing out seat tickets.  Everyone was talking and reaching over each other trying to get their tickets. It was all over the place.

When Malik and I finally got our tickets, they weren’t even next to each other. We had to go to a different woman to get seats next to each other. After everyone received their tickets, it was time to go in. Before we looked for our seats, we asked one of the ushers to take our picture and send it to us since we could not get to our phones.

We got the lucky section 2, row 15 – seats 1 and 2. We got to our section and our seats were being occupied by a huge stage-like setup for the camera people and directors. Row 15 was not there either. It was a big space between row 14 and 16 so we just sat in row 16. 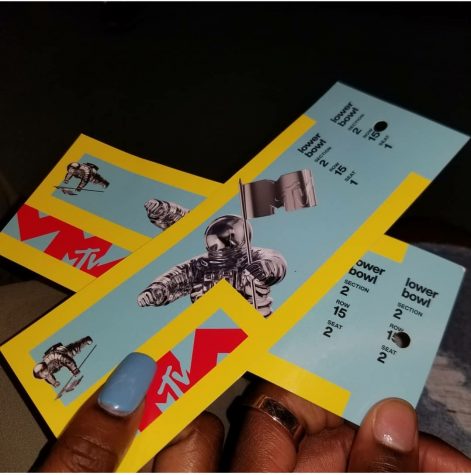 Some people came to tell us that we were in their seats. Malik and I just moved to the left side of the section. I am glad we did end up moving. The people that told us we were in their seats were moved somewhere else. Ushers came to move a lot of people from that section. Apparently, that space was for celebrities only.

They told people in the row we were sitting in, on the left side, to move down to fit in more celebrities. Malik and I were sitting right next to Terrence J and Nessa Diab. Sitting in the row behind us was Hayley Kiyoko. Sitting directly behind us was P.K. Subban from the New Jersey Devils, and sitting across from us was Lil Kim. Mariahlynn from the show Love and Hip-Hop complimented my nails.

Malik and I were sitting in the celebrity section. The best part about it is that no one came over to tell us to move. We spent the whole show talking to Nessa and her team. Celebrities continued to walk up and down the stairs past us as they walked either to the stage area or back to their seats.

It was a great experience to be around all of these people. The only problem, at the time, was not having my phone to record or take pictures, but now looking back at it – I am okay with the fact that my phone was locked up.

If I had access to my phone, I probably would not have enjoyed the show. When you talk to celebrities like the regular people that they are, they talk back, unless they are just plain rude like some of them were, but I will just keep a mental note for later to use when I get to their level.

With hours of waiting, no cellphone access, some running, and a not-so-fun game of musical chairs, I was able to have a great time with my best friend at the MTV Video Music Awards live in person. Hopefully, the next time I attend, I will actually be in the right section with my fellow celebrity friends. 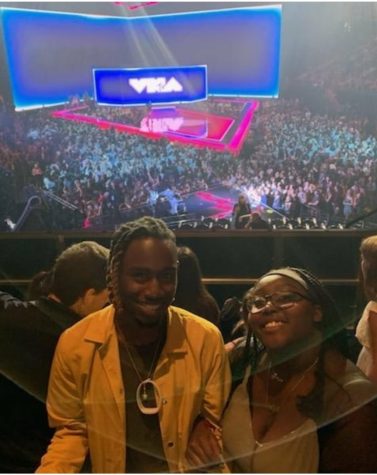