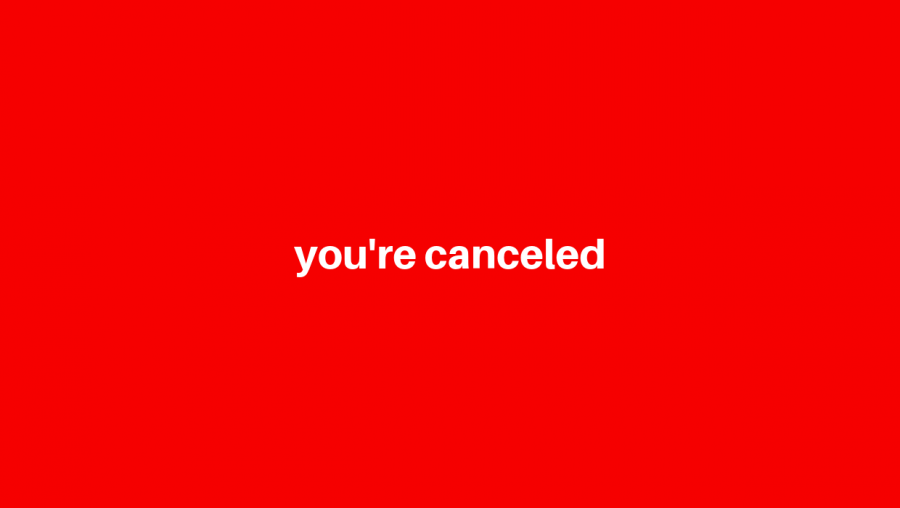 Since being quarantined, I’ve spent pretty much all of my time playing Animal Crossing and on social media, which is something that I’m pretty sure a lot of people can relate to right now.

When I checked on my phone, I learned that I spent 20 hours and 44 minutes on social media alone, which definitely isn’t something that I’m proud of, but what else am I supposed to do? I know, the obvious answer is actually: anything more productive than that, but I have felt no motivation to do anything. The world is weird right now, and so am I.

Spending all of this time on social media has got me noticing a couple of things. The first thing is, I have no clue what is trending a majority of the time. I’m only 20, I’m still young! I feel like I should know what is going on, but I can honestly say that I almost never do. The other day, I saw that the lead singer of a band I liked almost a decade ago was trending on Twitter, and when I went looking for the reason, I found nothing! What’s that even about? Why are random celebrities that I haven’t heard of in years trending? What could they possibly have done while they’re supposed to be cooped up in their houses?

“Shawshank Redemption” is trending on Twitter at this very moment, and when I try to find out why, there’s actually no reason! Why are there thousands of people talking about this movie at the same time right now? I just don’t get it!

Anyway, another thing trending at this moment is “#AdamDriverIsOverParty” and for the life of me, have not a single clue why. Why is the emo guy from the new Star Wars movies over? What did he do? I don’t get it.

This is something that happens ALL. THE. TIME. Every single day, it seems like there’s another celebrity who’s over. First of all, how can a person ever actually be over? Second of all, why is there a new person who is supposedly “over” every single day? Can I get a list so I can at least keep up with the people who are deemed good and those who are deemed bad?

Celebrities who fall under the category of being over are considered to be canceled. It’s all a part of cancel culture, which, according to Urban Dictionary, is “A modern internet phenomenon where a person is ejected from influence or fame by questionable actions. It is caused by a critical mass of people who are quick to judge and slow to question. It is commonly caused by an accusation, whether that accusation has merit or not.”

Now that definitions are out of the way, I have a few more comments about it.

Cancel culture to me feels more like mob mentality than anything else, at least when I witness it most of the time. It’s almost like an avalanche, in that when one person claims something, then the rest of the world (or in this case, social media platform users) is more than happy to go along with it. For one thing, I already think that going along with the majority without any real facts can be dangerous, but perhaps I’m just too much of a skeptic to blindly go along with things.

This isn’t me saying that people shouldn’t be called out for their bad behavior, because I absolutely think that they should. I think that there should be some consequences to actions, especially when a person is some sort of an influencer to others, whether their platform is strictly social media or if they appear on screens as well.

Like I was saying, when someone gets canceled or people decide that they are over, it seems that everybody just piggybacks off of the upset that another person was feeling.

This is something very common that happens today, and I’m not sure why. Maybe I’m just noticing it more now because of all the time I’m spending online? Or maybe it’s becoming more prevalent because of all the other people who are spending so much time online.

I completely understand when it’s someone who is genuinely bad who has committed awful crimes or who is some sort of a sexual predator because those are inexcusable things and someone who does awful things shouldn’t have a platform to help spread their own negativity or wrongdoings. A good example of this is R. Kelly. He was famously canceled on Twitter a few months back and it makes sense considering he is facing multiple sexual misconduct allegations, so it’s natural and right that this man would be canceled and lose the high platform he once stood on.

But I’m talking about the people who really just haven’t done much.

Why is Adam Driver over right now? What did he do? I would love an answer because I just tried figuring it out for what feels like the hundredth time and the only thing I’ve seen is people posting photos of him, expressing how much they love him.

I saw people try to cancel Emma Watson recently because she claimed to be “self-partnered” when asked about the pressures revolving around marriage, dating, and everything else a woman in her 30s is expected to do. Maybe I’m missing something, but I can’t imagine why people would be upset about a woman saying she’s self-partnered because she is comfortable living with herself and enjoying her time being single.

If we keep canceling everyone, will there even be anyone left? Cancel culture makes people too comfortable with throwing people out for silly mistakes they’ve made or for things that don’t even actually matter! Keep calling out wrongful behavior, but think about it before you do and make sure the person you’re “canceling” really deserves to be canceled.