How to (Almost) Make the Perfect Omelette 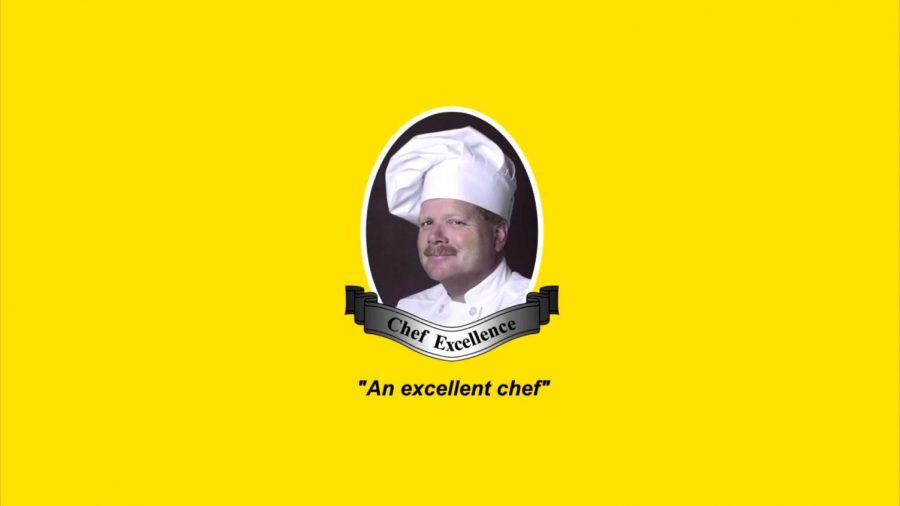 Let’s not beat around the bush. This sucks. Coronavirus sucks. Quarantine sucks. Everything sucks.

But we don’t need to just sit in our pity. Let’s be proactive! One activity that makes me happy is cooking — breakfast, specifically. In fact, I enjoy breakfast so much that I’d say it’s the only reason I haven’t gone vegan yet. Regardless, I figured that while I’m stuck in the house, I can share my breakfast-y (?) wisdom with you!

I’ve been making omelettes for a while, I guess. I wouldn’t call myself Gordon Ramsey, but I think I’m good. I just made some kick-ass fried rice the other night, which I can only describe with a chef kiss noise. Without further ado, here is the ultimate guide to almost making the perfect omelette!

Learn how to spell “omelette…”

Oops, that one was for me.

Before doing anything provocative and serious, it’s vital to ensure that you have the tools in place to complete your mission. A pan, bowl, fork, spatula — these are your weapons, the tools that will allow you to not only succeed but nearly achieve perfection.

Preparation has never and likely will kill no one. Get your tools out before you cook. It helps with my anxiety to not be running around like a headless chicken looking for the damn spatula while my eggs are burning.

Okay, there’s some explaining I may need to do here. We aren’t making what traditionalists would call their typical omelette. What we’re doing here is fairly innovative: we will prepare our (vegan) bacon along with our omelette and then wrap that in a tortilla.

Now, you may say, “Steve, isn’t that a breakfast burrito?” and my response to that is to not call me freakin’ Steve.

This step, I will admit, is fairly on the spot for me. I was going to just make an omelette, but carbs are fun, right? Just because something doesn’t come as we normally expect it, that doesn’t mean that it can’t be (almost) perfect. We often strive to replicate what’s around us, hoping to recreate that happiness or sensation, but if it makes me happy to use a tortilla, what’s the worst that could happen?

After you accidentally drop your tortilla on the floor, grab another tortilla.

Throw two eggs* into your bowl and add milk. Whisk it!

Pro omeletteers will know exactly what I’m talking about here. Crack those eggs and dispose of those shells; throw some milk in there and make motions with a fork in the egg mixture as though you’re aggressively eating some soup or something.

*-After you put too much milk in, add another egg to rebalance the life of your omelette.

Put your bowl aside and begin preparing your (vegan) bacon.

Technically, this recipe could work with real bacon, but to be (almost) perfect, there is a certain standard of quality that needs to be met. Real bacon just doesn’t meet that. But to each their own.

The good thing about (vegan) bacon is that it takes like two minutes to prepare. Heat your pan, and once it’s ready, throw them on the pan. It’s vital that the (vegan) bacon is prepared first; if not, you’ll likely have to do more cleaning, and that sucks.

Once ready, throw it on your tortilla, and return to your egg bowl.

Pour your egg mix in the pan.

This part is vital to the survival of your omelette (or, at least that’s what it said in the YouTube video that taught me how to make omelettes like five years ago). Once poured, use your spatula to push the ends of the egg mix in slightly.

I can’t help but think I’ve explained it poorly. Let me try again. After you pour your mix, it should presumably spread on the pan, which is cool! But to make it easier to control later, try to push the edges in. Not too much to where it’s all in the middle, but to where it isn’t hugging the pan completely.

To gloss over this step is dangerous. Sometimes the stupidest steps are the most important; for anything to succeed, the structure for it to do so needs to exist.

After a few minutes of letting it cook, throw your favorite omelette accessory in the middle!

I just came up with the term “omelette accessory” about 20 seconds ago and I feel like my writing career has peaked. Thanks for being here to share this with me!

I’m using cheese, because I have a problem and can’t give it up yet.

This is, by far, the hardest thing to do, probably ever. I have been making omelettes for a quarter of my life, yet I can not figure out how to the hell to fold it.

I’ve tried waiting longer. Boom, I burned my omelette. I’ve tried doing it early. Unboom, my omelette isn’t even cooked, so I can’t even flip it. Even when I time it perfectly, as I may have in this example, my folds all break, creating this damn egg stack looking thing (with cheese).

The absurdity of my inability of folding an omelette peaked when I tried to repair my already destroyed omelette. Staring at it, I couldn’t help but first think, “can I fix this?” to realizing that it’s cruel that someone can spend so much time doing something, just to still not master it.

But what does it even mean to “master it,” anyway? What am I, the karate kid? No, I’m just trying to make an omelette, man.

Put the omelette on the tortilla.

I can’t quite explain this well enough to put it into words, but as I heard in another YouTube video, pretend you’re rolling a joint. Once I heard that, my burrito game has been on a whole new level.

Cooking is fun, congrats! You didn’t make a gourmet dish, but you know what, celebrate that omelette, because you did it. Just because you didn’t create the greatest thing ever, that doesn’t mean that it wasn’t great.

Take the time to celebrate what makes you happy. We all owe it to ourselves to be happy during these unjust times — it’s not easy, but you won’t be any happier by doing nothing. Stay safe, everyone. Enjoy your (almost) perfect omelette.