My First Time Is My Greatest Regret 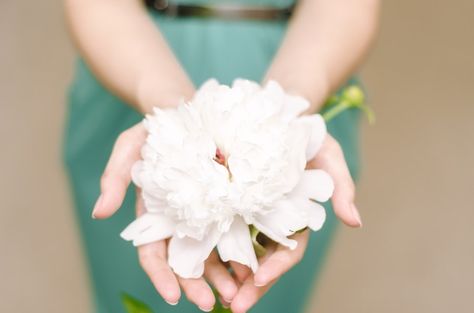 He wanted one thing, I wanted something more.

When I used to hear stories about girls losing their virginity, it always sounded like something out of a movie. Something awkward or something romantic.

I wanted him to like me, I had a crush on him since fourth grade and he finally noticed me in eighth grade.

One message and I was hooked.

One kiss and I was attached. By the summer after middle school, he had me in the palm of his hand.

I was willing to do anything for him.

I could tell it was all he wanted after it happened, I really wanted to think otherwise, but my intuition always beats my heart.

I guess at the time it meant something more to me than it did to him.

I looked at myself completely differently afterward. Like I was foolish for thinking it was going to be like those scenes out of the movies. This is reality, and in reality, that does not happen.

It’s my greatest regret. I just wish I would’ve waited a little longer. Instead, I let one guy sweet talk me into thinking it was the right choice to make.

It wasn’t romantic or anything I could have imagined. Once it was done, it was done. I remember after he asked me how I felt, I just responded by saying, “I don’t know.” I left right after and I thought about what I’d done and I immediately regretted it.

I didn’t get any text or call from him until later on that night. I should’ve seen it coming.

He broke up with me about a week later via Kik (back when Kik was just taking off). I was 14 and it was the most humiliating and hurtful thing I’ve ever experienced. I felt used and dirty.

I had to literally force it out of him, I blew up his phone like a crazy girl, just to get the truth. Even then, he didn’t respond, he just left it at that.

From then on, it was a long year of “I’m sorry, come back” and “this time is different, I won’t hurt you again.” I came back, he got what he wanted again, and again, he would stop speaking to me. Then, a few months later when I thought I was over him, he would apologize for the way he treated me and it was back to square one. The cycle would start all over again.

No matter how many times he humiliated me, broke up with me in the worst ways possible, used me, and chose his ex over me, I always came back.

I guess at the time I thought I was in love. Now I realize I was just really attached. Though at the time, watching him choose someone else over me felt like the end of the world.

I questioned myself all the time, “what does she have that I don’t?”

Perhaps breaking my heart was all fun and games to him, or maybe he just wasn’t into me like I thought he was.

Either way, I was going to get over it and one day I decided that enough was enough. I’m nobody’s toy.

You can’t just call me up when you want some action or need a shoulder to cry on because your ex played you again, then expect me to come running back to you with open arms. It wasn’t fair to me.

Isn’t it funny how it works though? She broke his heart, he broke mine, I, later on, broke someone else’s. Hurt people, hurt people.

But I was over being used, I was tired of being his puppet.

So I left, for good that time. I’ve never looked back. We officially went our separate ways. I wasn’t angry or sad. In fact, I felt amazing.

Sadly for me, it wasn’t.