The Shot That Saved The Heat 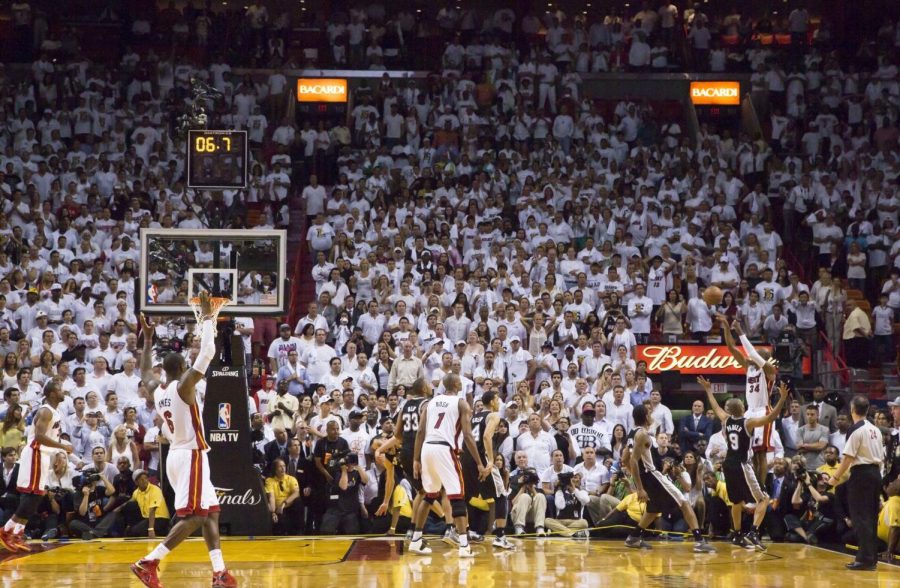 The ability to perform at your best when your best is needed is the true definition of “clutch.”

In 2013, Ray Allen hit the most clutch shot in NBA Finals history. Down five with 28 seconds left in the game, the Miami Heat faced a daunting task. Being up 3-2, the San Antonio Spurs were seconds away from winning the Championship.

The security personnel in the stadium were already bringing out the yellow rope to separate the fans from the players. Heat fans were leaving the arena because they had lost faith in their team to make a comeback. The trophy was being brought to the tunnel area and the locker room was being fitted with plastic for the champagne celebration that seemed inevitable.

San Antonio kept Miami in the game when Kawhi Leonard and Manu Ginobli missed two critical free throws that ended up playing a huge part in Spurs allowing Miami to comeback and tying the game.

Down three points, Lebron James bricked the game-tying three-pointer. After the shot ricocheted off of the left side of the rim, Chris Bosh grabbed the most important offensive rebound in his career and in the history of the Heat franchise.

Backpedaling to the corner three-point line, Allen received the pass from Bosh and subsequently drilled the most clutch shot in the history of the NBA Finals right in Tony Parker’s face. Year’s worth of practice and repetition allowed Allen to be ready for a moment like this. He studied the court and knew the exact number of steps he needed to get to the corner three-point line.

The game was tied at 95 after the shot. Allen’s shot forced the game into overtime after the Spurs failed to make the winning basket on their end of the court. After gaining an extra chance to secure the win and force a Game 7, Miami never looked back. They took control and won the game 103-100. Miami ended up winning the championship after they defeated the Spurs 95-88 in Game 7.

Losing an NBA Finals in the way the Spurs lost had to be devastating. They were mere seconds away from winning and it was snatched from them. San Antonio used that loss as motivation. The next year they went back to the NBA Finals and demolished the Miami Heat in five games.

This game helped saved the “Big Three,” legacy. The “Big Three” consisted of James, Bosh, and Dwyane Wade. If the Spurs had gone on to win that Finals, the Heat would have been 1-2 in the NBA Finals after three years of being together as a team.

It would have damaged their legacies because James was the one who proclaimed that he believed the team could win multiple championships. It would have been a disappointing ending to their season and it would have left the team uncertain as to whether they were going to stay together or be broken up by management.

In my opinion, this shot will define Allen’s career because of the magnitude of the game. Allen is one of the greatest shooters in NBA history and this shot proved it to everyone. Allen was clutch in this game. He provided his best when his best was needed.