The Greatest Championship in Sports 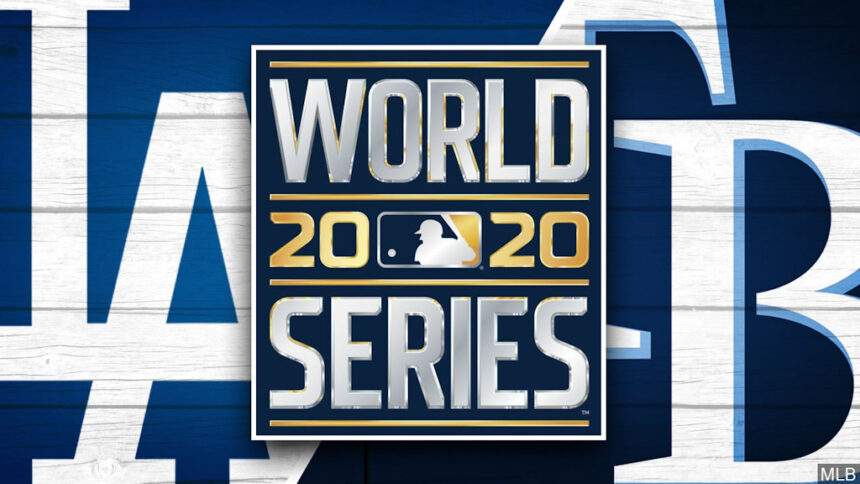 Tonight begins the World Series for 2020. The teams that are playing against each other this year are the Tampa Bay Rays against the Los Angeles Dodgers.

It is a best of 4-game series meaning which ever team beats the opposing team wins the World Series. Now it is allowed to be a 7-game series if it is deemed necessary.

The last time the dodgers were in the World Series was in 2018 and they lost against the Boston Red Sox.

This year’s World Series will be different due to pandemic.

Usually the World Series is played in both the teams stadiums but now it is played in one location and that location is Arlington, Texas.

The Tampa Bay Rays were the number 1 seed in their division, same with the Los Angeles Dodgers. So this year’s World Series is about to be a good one to watch.

My prediction for the World Series is the LA Dodgers beat the Tampa Bay Rays 4-3 in a game 7.

A long time ago the Dodgers were based in Brooklyn, New York and the San Francisco Giants were called the New York Giants.

I was hoping it would have been the New York Yankees vs. the LA Dodgers but unfortunately the Yankees were eliminated by the Rays in the American League divisional series.

That’s the reason why I am going for the LA Dodgers in the World Series. I mean after the Dodgers started out as a New York team.

The LA Dodgers had to beat the Atlanta Braves 3 games in order to qualify for the World Series.

The World Series is the best for me because baseball was the first sport I ever seen and I grew up with it in my life.

I have been to a playoff game before but if somehow I would be able to go a a World Series game that would be something else.

When the Dodgers were in Brooklyn they play at a play called Ebbets Field, it is now torn down.

Jackie Robinson has played for the Brooklyn Dodgers and broke the color barrier in baseball. That why every year on April 15th all the players from all teams wear the number 42 in honor of Jackie Robinson.

The number 42 is the only one retired in all of baseball. In 1942, was Jackie Robinson’s rookie year and in they same year the Brooklyn Dodgers went on to play the Yankees in the World Series.

The Dodgers today have a great pitcher by the name of Clayton Kershaw. His fastballs are among the fastest in the league. He wears the number 22 on the Dodgers. He has played for the Dodgers since his debut to the MLB in 2008. That would make 13 seasons he’s played for the LA Dodgers.

That is a long time to be playing for a team. The Dodgers have acquired Mookie Betts who had won the 2018 World Series with the Boston Red Sox.