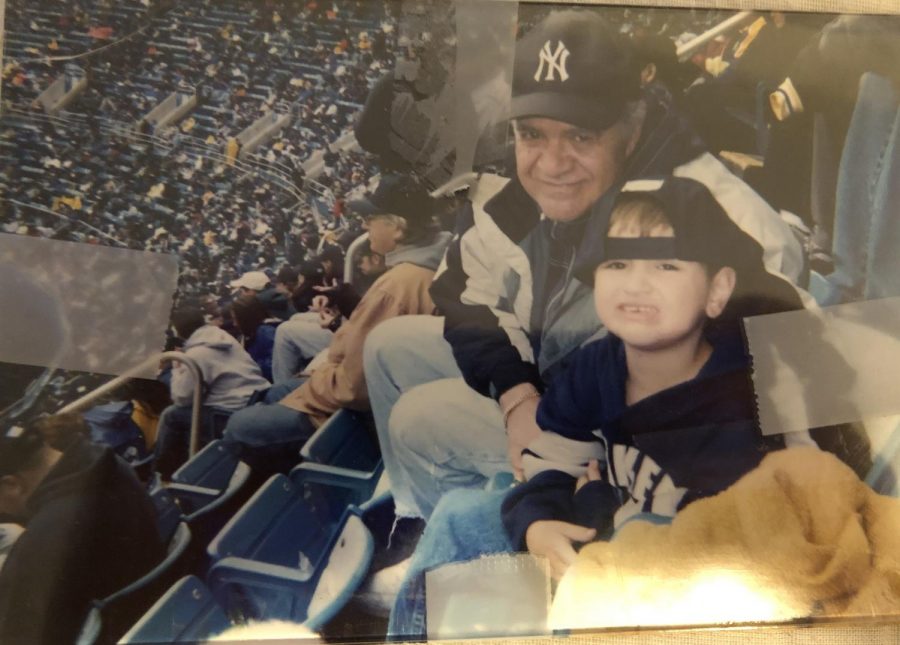 As Jay-Z says in the song “Public Service Announcement” – “Allow me to reintroduce myself.”

But seriously, I don’t know who reads The Impact, so if you don’t know who I am, my name is Alex Wendling and I am a transfer student majoring in journalism here at Mercy College. I write for the sports section of the school newspaper and I run a column recently retitled “Overthinking Out Loud.”

This is the first-ever piece in my Overthinking Out Loud column. This semester, I’m just going to write about whatever is on my mind, but before we get into that, let me tell you a little about myself, how I got here, and why I am writing this.

As well-known sportswriter and fellow Mahopac native, Jeff Pearlman, would say, ‘I was born and raised in the mean streets of Mahopac, New York.’ I have been interested in sports since I was young. When I was only 4-years-old, my grandfather took me to my first Yankee game at the old but better Yankee Stadium. I remember it very vaguely, but it’s what got me into sports in the first place.

Fast forward to a few months later during football season, my dad took me to my first ever Jets game at the old Giants Stadium. For some reason, even though I was only 4-years-old, I remember that day pretty well. I know that they were playing the Kansas City Cheifs and Vinny Testaverde was still the quarterback of the Jets at the time. But most importantly, that day later sparked my love for the game of football; a love for my favorite team: the New York Jets, who I still love to this day even though they are currently pitiful.

Years later, I played for my high school varsity team. I’ll be honest, I wasn’t good, but I was good enough to make the team and ride the bench. I dreamt about playing in the NFL when I was a kid until I realized, after my sophomore year of high school, that I was too small and slow to play at the next level. So, that’s how I got into sports writing.

I’m going to be honest with myself and whoever is reading this because at the end of the day, you can’t run from yourself. Every human who walks this earth has their strengths and weaknesses, and I believe everyone should embrace their weaknesses as much as there strengths because I see too many fake people out there on social media trying to be something they aren’t, and it just makes me sad because I respect and love authenticity in people.

The reason I mention that is for years I felt like I was trying too hard to fit in with society instead of figuring out who I was as an individual. From when I graduated high school in 2015 until now, a 23-year-old transfer student, I’ve learned a lot about myself as a person. I’ve learned that I am knowledgeable about many different topics and have great ideas and interesting life experiences to share. I will still write for The Impact’s sports section, as sports is a love that will never die, but I’m starting this column called Overthinking Out Loud because I want to broaden my horizons as a writer, content creator, and as a person, overall.

I got the inspiration from one of my favorite comedians, Joe Rogan. I was listening to his podcast one day on my way to school, and he had Ari Shaffir on, who I also love as a comedian, but that’s not the point I’m trying to make. Joe was talking to Ari about how normal 9-to-5 jobs are b.s. and you should do something you love instead of wasting most of your life at a soul-sucking job, and I couldn’t agree more.

My dream is to do something I’m passionate about; something that I can wake up every morning and actually be excited to do, not like most people who are working at a depressing job just so they can spend their paychecks on stuff they probably don’t need. I want to do something that will not just make me happy, but make other people happy through my content.

My father has always told me that if you have a dream, chase it, but chase it head-on and don’t quit because once you quit, you may never get another redo, so this is the time to do so. I do a little bit of everything. I write, but I want to dabble in a little bit of everything in the media world, and this column is only the beginning. In order to find success in this world, you gotta put yourself out there.