The Girl With Tangled Roots 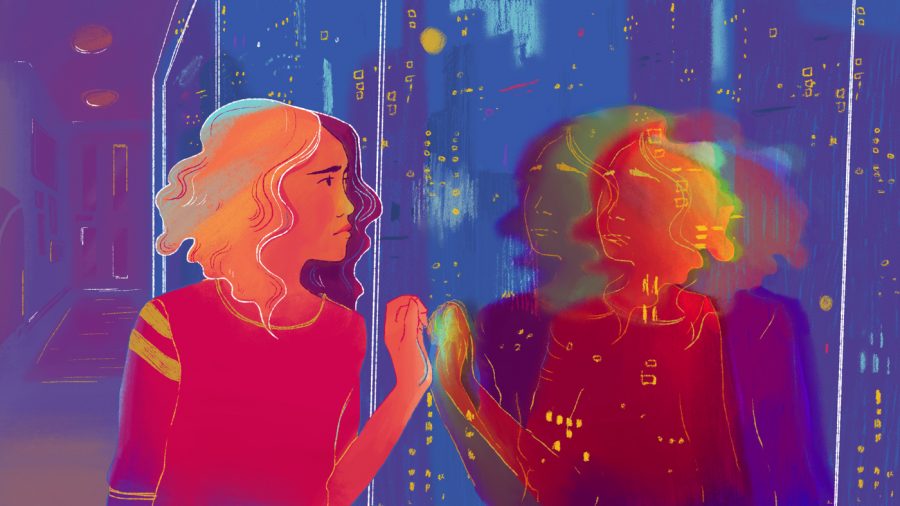 "Racial impostor syndrome" is definitely a thing for many people. We hear from biracial and multi-ethnic listeners who connect with feeling "fake" or inauthentic in some part of their racial or ethnic heritage.

I am the girl with the tangled roots, the one with no real identity. Check one box for your race, but Hispanic isn’t a box because Hispanic isn’t considered a race. Now I’m sitting there, with my hands on my head stressing about a stupid box. I sat for minutes debating whether or not I should check “other”, or check “White.”

Thankfully times have changed and now it’s “check all that apply.” But that didn’t end the weird looks I got when I said I’m mixed. Or the way people got when I said I’m one or the other, it’s like they would try to tell me what I am. “You’re not White, you’re Hispanic.” As if being 50/50 made me any less of a race.

Growing up I never really knew what my race was. I know I’m half White since I’m half Italian, but what does that make my other half? If Hispanic isn’t a race then what race am I? Does that make me half Black? Thank God for social media today because it has taught me more about racial Identity than school ever has. I consider myself half Black and half White. My father is Afro Latino and so am I, but since I came out with my mother’s complexion, people tend not to believe me.

Don’t get me wrong, being mixed is great, it’s like the best of both worlds, but growing up I always struggled with my identity. Who am I really? I’m half Puerto Rican and half Italian. My father is Puerto Rican and my mother is Italian. I was raised by my mother and never knew my father so I wasn’t lucky enough to master the Spanish language.

I wasn’t lucky enough to master the Italian language either, my mother never learned so she wasn’t able to teach me. She did her best trying to teach me about both cultures so I wouldn’t be clueless when it came to it. I spend the holidays with my Italian side of the family and they try their best to make my siblings and I feel comfortable, but I couldn’t help but feel out of place when I’m around them. It felt like for that one day, I’m not mixed, I’m just Italian and I can’t be anything else but that. It wasn’t their fault, these are Italian traditions and they just want to pass it down to their children. But the holidays can be so depressing when you only know one side of your family. I never got to experience both, I will never know what it’s like to spend the holidays with both sides of the family and literally getting “the best of both worlds.” My mother cooks both Italian and Hispanic food so that we have both for the holidays, she does her best and I’m thankful for that.

When I went to school I was always surrounded by Hispanic kids, and I felt even more out of place with them. They all spoke Spanish and knew that I didn’t understand and would speak Spanish around me. I couldn’t help but think if they were talking bad about me or keeping secrets from me, why else would they speak in another language?

They would always say things like “Oh you’re Puerto Rican? That explains why you don’t know Spanish,” or “Amber, you’re such a White girl.” Like thanks for making me feel way less Hispanic than I already felt. It was always, “Amber has no rhythm, how is she half Hispanic?,” or “Amber is more White than Hispanic.”

When I was in the 5th grade I moved to Florida, I went to a school that had mostly white students. When I got there they asked me questions like “What are you?,” “Oh wow, You’re half White? You don’t look it.,” “You’re Puerto Rican? Can you say something in Spanish?” and the minute I said I don’t speak Spanish it was, “you’re Puerto Rican and you don’t speak Spanish?” with blank looks on their faces.

It’s like they thought I was weird like they never met a mixed person before. I felt like an alien, so out of place. It either I don’t look White or I’m being laughed at for not knowing Spanish as if it’s my fault I’m only half and I never met my Puerto Rican side of my family.

There were literally no Hispanic students at my schools at the time, the closest to Hispanic friends I ever got was my mixed cousin. I was always too White for the Hispanic kids and too Hispanic for the White kids.

I guess I felt more at home in New York since it’s where I grew up, I just wasn’t fitting in in Florida. I barely fit in here but at least there’s a lot of mixed kids in New York so I don’t feel so alone. To this day I feel out of place, people still chuckle when I say I don’t speak Spanish, I still get weird looks when I say I’m mixed. I am and always will be, the girl with tangled roots.