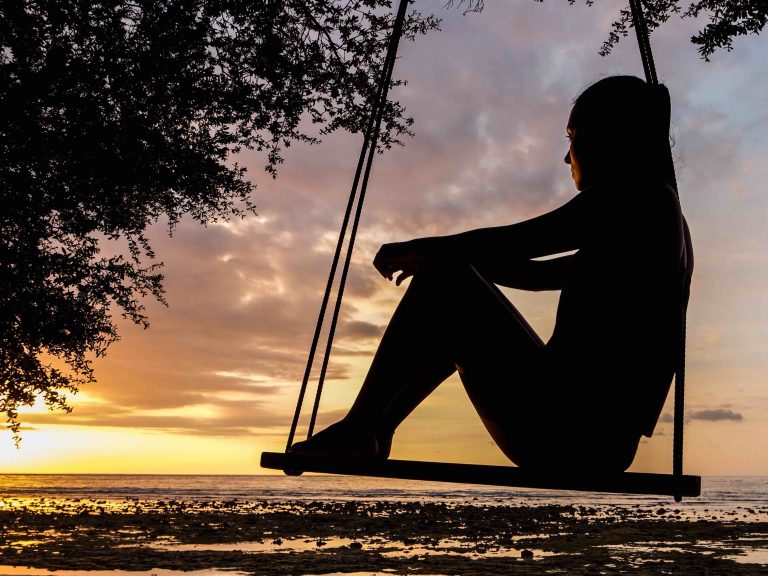 One of my great goals and I imagine yours too, is to be able to reach the end of my days regretting as few things as possible. I want to grow up and be proud of my time here on Earth and say I had made the most of my life. I want to leave with a clear conscience that I haven’t hurt people, or if I did, that I have asked for forgiveness. I don’t want to have any grudges; I want to feel that I respected and valued myself and that, above all, I always did what I wanted and felt, not what other people expected from me.

In a social experiment sponsored by Strayer University, they set up a chalkboard in downtown New York so that all passersby could write down their biggest regrets. This chalkboard stood in the middle of New York City for one whole day. With very different beliefs and lifestyles, people of all kinds stood there and wrote their most intimate thoughts. But the interesting thing about this experiment is that there was one thing in common in most people’s regrets.

“Not loving my body.”

“Not going after my dreams.”

I’ll leave the link to the video.

We all have things to regret, but very rarely do we regret decisions that we have made and the risks we have taken. Because although we may not have made the best decisions, at least we feel that we weren’t left with the doubt. We took risks, and if they went wrong, we learned, but we don’t have that constant “what if…” in our minds.

When we really ask what matters, most of the time, it’s about not taking action when we had the opportunity.

In another study by a palliative care expert, Bronnie Ware, she asked people on their deathbed what they regretted. She then compiled their responses in a book titled “The Five Regrets of the Dying.” It details the patients’ confessions, and according to the author, “it is more common to regret something we did not do.” In the book, she mentions that when people talk about their biggest regrets, they were usually matters that were under their control. That is, they could have made it happen, but they never got the courage, the will, or the energy to do it.

I don’t particularly regret many things, and I don’ feel that the wrong decisions I have made have caused me any great remorse. Obviously, if I had a time machine, I would change a few things. I wouldn’t have cheated twice on my philosophy test, in which the teacher caught me both times. Same with my history class… I’m not good at cheating, what a shame. I shouldn’t have hooked up with Adrian. It wasn’t worth it. But I should have kissed Zeus when I felt like it. I shouldn’t have listened to my aunt, and I should have kept the dog that my friend gave me instead of giving it to another family. At least the dog got someone to take care of him, but it hurt a lot.

The decisions, although sometimes wrong, are steps that have helped me grow and become the person I am, and even today, I continue to know myself and learn what I want.

But if there is one thing I regret, it is not saying my opinion or my beliefs for fear of confrontation. I often kept quiet not to argue, and over time I let that become a habit, to the point where I believed that my thoughts or my feelings weren’t important.

I’ve never been a confrontational person. I’ve never been shy or quiet either because I grew up in a large family with five siblings, and family survival was always there, lol. But, indeed, I’m not too fond of arguments. I consider myself (well before more than now) a very sensitive person. Hurtful words affected me a lot, and I wasn’t very good at defending myself. I would get tongue-tied all the time or couldn’t express myself well.

For a long time, I stopped speaking up for myself. I became a conformist and even sometimes a fake person.

The good news is that lately, I don’t know if it is because of my age or because of some personal experiences, I dare to be more myself. I am not going to lie to you, I still don’t t let myself go 100%, but now I feel freer to say what I think in uncomfortable situations.

You have to learn from mistakes, so they don’t happen again. I want to be a person who dares to say what they want, even if sometimes I am not right or maybe I say something stupid. I want to feel that I can be wrong without being judged and that I have every right to speak my mind, have an opinion, and be respected for it.