Famous TikTok star appeared on Jimmy Fallon, but it didn’t go too well 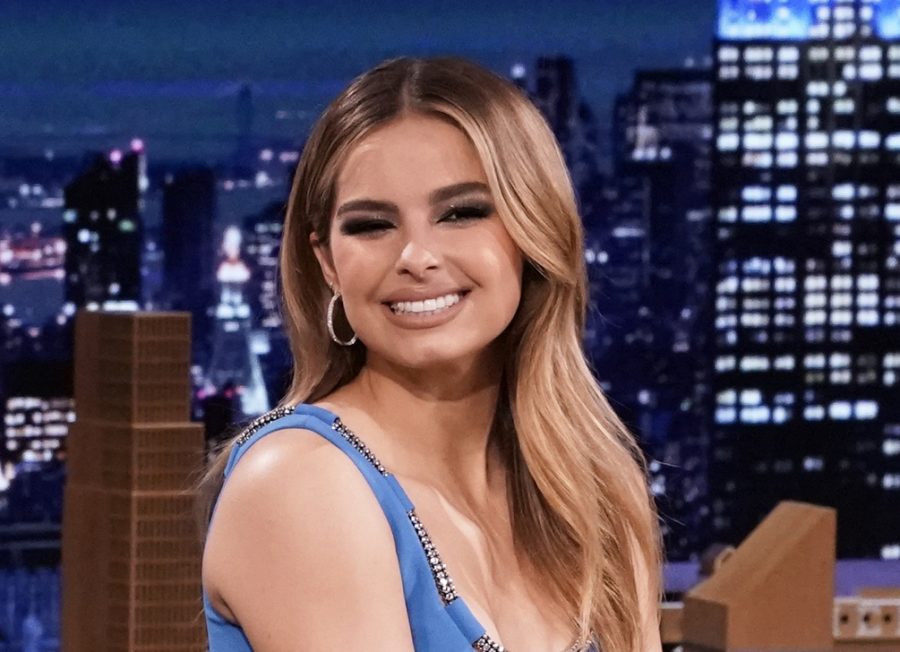 If you were on the internet over the weekend, you probably noticed an oddly sluggish video of a woman performing a series of hand motions and dance moves in front of a blue curtain, with a man holding up a large sign behind her. This was Addison Rae Easterling, a well-known 20-year-old TikToker, and Jimmy Fallon, the 46-year-old Tonight Show host.

Addison was theoretically demonstrating why she became a household name: she was dancing to popular hip-hop songs on TikTok. However, Addison appears cool and confident, her dancing smooth, and her face joyful, expressive, and usually accentuated by excellent lighting in her TikTok videos. She was none of those things on network television.

Many people blame Addison for taking credit for those similar dance moves on TikTok. It is not my place to say whether she and other TikTok stars, such as Charli D’Amelio, “have talent,” because I don’t have TikTok nor do I care about watching stupid, ridiculous, cringing videos, but it has already been debated, and perhaps isn’t even that important. In addition, Addison has already been the target of mockery on TikTok this week for her new single “Obsessed,” which was the reason she was there in the first place.

During her appearance, however, she demonstrated a series of eight TikTok dances to songs like Cardi B’s “Up” and Megan Thee Stallion’s “Savage,” but without any of the elements that make watching TikTok dances entertaining. The actual music was missing (I assume due to copyright issues; instead, The Roots played beats similar to the actual songs), but the performance was also lacking the camera angling and intimacy that comes from watching a close-up of someone’s face making eye contact with you on a screen. The end result was the worst thing you could possibly be in TikTok parlance: cringe.

The producers of the Tonight Show, however, failed to acknowledge the conversations that have taken place over the last year about crediting Black choreographers whose dances are swallowed up by the TikTok algorithm. Addison and other creators of “straight TikTok” are sometimes credited for a trend or a dance that they learned from someone else simply because their audiences are so large; very often, with millions of followers where those dance moves are the work of Black teens that have already done it. The most famous example is Jalaiah Harmon, the then-14-year-old Renegade creator who received little credit until a New York Times profile published last winter.

The issue is that potential Jalaiah Harmons are constantly going uncredited, as the rate of TikTok trends has certainly accelerated since last year. There are numerous discussions taking place on the app about how to best credit someone who may have come up with one idea or piggybacked on another, but the chain often becomes too long and convoluted to be traced back to a single person. Determining who owns a piece of intellectual property on TikTok is a difficult game made more difficult by the company’s proclivity to remove videos at random for questionable reasons (particularly those made by Black people, creators say).

It’s much easier, for example, to book an already successful TikTok star with a Hollywood management team for an appearance on your late-night show. It’s less difficult, but that doesn’t mean people will like it: For viewers who were already familiar with TikTok, the segment came across as tone-deaf and insensitive; for those who had no idea what they were watching, to begin with, I can’t imagine this would pique their interest.

By the way, this is something that will continue to happen. TikTok is inherently collaborative (consider the Ratatouille musical or the never-ending sea shanty duets from a few months ago), but mainstream audiences will only ever have room in their brains for a handful of breakout stars. Even if Addison Rae credits you for your dance in her TikTok post (they’ve all gotten better at this! ), it won’t mean much to a marketing executive or a talent booker who sees her video and thinks she’d be good at selling lip gloss. The same celebrity mechanisms that favor “family-friendly” faces (a.k.a. young, beautiful white kids from middle-class backgrounds) are still at work here, especially since that fame is largely driven by algorithms that serve people what they already want. Yes, the Addison Rae video is cringeworthy, but there are more important issues to address here.