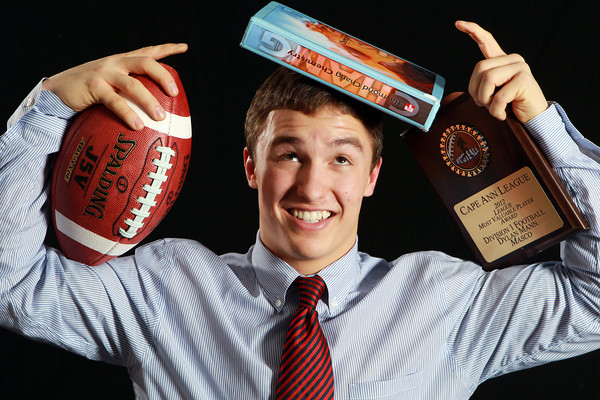 Volleyball. From August until the end of November, my life revolves around volleyball.

I practice five days a week for at least two hours, then lift weights twice. On top of that, we play two to three games every week. It can be exhausting from time to time. And do not forget, I also have to go to class and do homework…

Look, I love playing volleyball, but sometimes it can be way too much.

I am a student-athlete. See how ‘student’ comes before ‘athlete’? Especially when sports are in season, most people in the athletic office, including coaches, forget about that part. Or at least it seems that way; It is funny how they always come up to me and say: “Do not forget to do your study hall hours this week! Remember, you are a student first.”

Although, am I really? I do not feel that way when our two-hour practice gets extended to three hours and a half. Or when we have to wake up at 6:30 a.m. for the lift on Monday morning. Or when we have to come to campus two weeks before the semester starts, so we can practice for four hours a day and cry ourselves to sleep at night because our bodies hurt so much.

There have been practices that I had a little mental breakdown. I am aware of the fact that I am a perfectionist. So whenever I have a busy week and practice does not go the way I like it, I tear up and turn around to let myself have a moment to calm down. Those are the moments I hear my dad’s voice in my head saying that I have to suck it up and stop crying.

My dad became the national champion high jump in track and field when he was 17 years old. He knows how it is to wake up early and practice every day. He is the one that pushed me to play volleyball in the United States in the first place, which I am grateful for every day. I just did not realize my life would be all about volleyball for four months straight.

Back in the Netherlands, we have our competition from September until April. We only have one game on the weekend and therefore we practice twice a week. Also, and maybe more importantly, the Dutch culture does not do college- and high school sports. The volleyball club I played at was completely separated from my high school.

I adored that. It allowed me to meet new people, and it was a great distraction from high school and all the drama that came with it. And that is exactly what it was: a distraction. Yes, I was a pretty good player, and I played in a good team, but I was not (still am, to be honest) planning on playing at a professional club somewhere in Europe.

So when I had to choose where to go for college, before the whole moving-to-the-United States idea was on the table, volleyball did not cross my mind. Not once; Studying in the Netherlands is mostly about drinking, going out, and falling off your bike on the way back home from the party.

If I had gone to a university or college in the Netherlands, I probably would have become unhealthy. Again, college sports are not a thing. When I think of this, I realize how happy and grateful I should be for this opportunity. Of course, when my alarm goes off at 6:00 a.m., I curse at Mercy College and its athletic program. But still, I have improved so much as a volleyball player, and everything that comes with being a student-athlete is astonishing.

All the gear, the students that watch you play, the traveling for games, and the bond you create with your team, the coach, and athletes from other teams. Just everything.

I decided to play volleyball on a collegiate level overseas. I signed up for it and now I just have to deal with it, even though it can be tough sometimes. I tell myself that I should be grateful for this incredible experience.

A few years ago, I never would have pictured myself playing volleyball in the United States, a country where being a student-athlete can be seen as a privilege. Even though it does not always feel like a privilege, it definitely is.