On and Off The Court 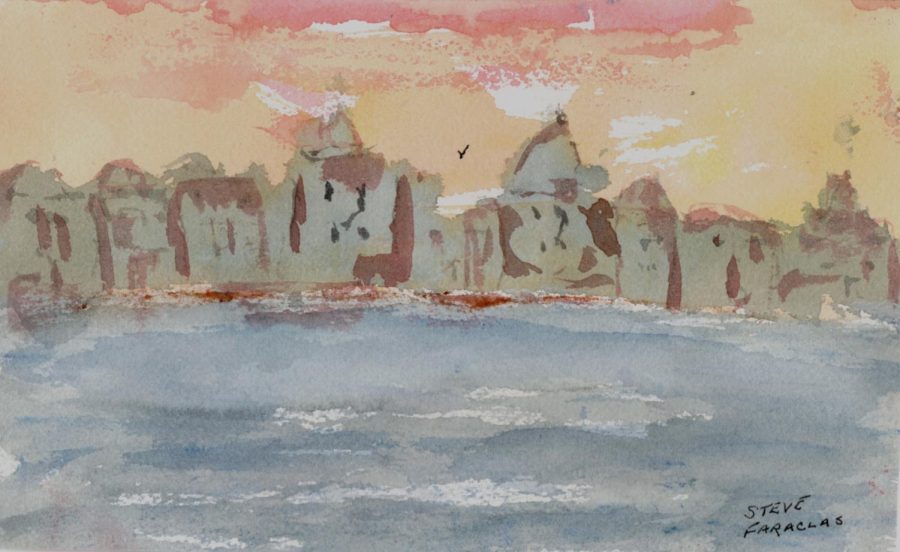 It was just another day, up until Sophia got the call that changed everything.

Monday mornings usually began with a team lift, and after was a practice in the gym. It was a thrilling night because there was a team banquet. All of athletics met in the rotunda to celebrate another year of hard work. Some athletes even got awards for how good they did in season. After the banquet was over, her senior teammates raved in excitement. It was a bittersweet feeling to think about her closest friends moving on. They were trying to make plans to go to the Bronx and continue the celebration.

They were all dressed up and ready to go, but then her phone started to buzz. She saw that it was her parents calling and scooted aside to talk to them. By the sound of her father’s voice, she knew something was wrong. Her stomach started to feel weak and her palms were sweating. They asked if anyone was around her and when she said no, he dropped the news.

Her uncle died. He took his own life. The man that was highly invested in sports and loved hearing all about her volleyball games was no longer there to show his support. The man that entered the room with smiles and laughter wouldn’t be able to make a room light up any longer. He was a good man with a beautiful soul who decided his time here was done.

She was speechless. Not a word could come out so she handed the phone to her friend Leah and ran into the lounge to be by herself. Leah reassured her parents that she’ll comfort Sophia and help her with whatever she needs in her time of grief. She cried in Leah’s arms throughout the night and into the morning.

The following day, her parents drove into New York from Connecticut to get her and bring her home. She was able to see all of her mom’s side of the family that she hadn’t seen in so long. His passing brought them closer together. They shared stories of him that she had never heard before and after hearing them it felt as though she was seeing him through their eyes. They even put all of his paintings into a book and made multiple copies so everyone had a piece of him.

Days later, she relayed the news to her coaches and explained why she couldn’t come to practice. Come Wednesday, she was back at school. With only her Uncle passing 2 days ago she was back in classes and at practice. She felt numb. She was in her classes physically but not mentally. All she could think about was how her mom was handling the passing of her brother without her there.

Sophia didn’t get any special treatment. She went home for one day and the next she was back on campus. There was no time to grieve. No time to sit alone with the million thoughts flowing through her head. She had to push through her pain because no matter what happens, life will continue to go on just as it was. It stops for nobody. At practice, she was expected to perform just as she would if nothing had happened. She didn’t have a close relationship with her coach and didn’t feel comfortable enough to tell her how she really felt.

The little time student-athletes have to spare was the time she spent grieving. She’d sleep as much as she could in between classes and practices. The only time she had to let out her tears were in the shower. On her days off, she’d spend about eighteen hours sleeping. No food, no water, and no sunlight. Her roommate made it a routine to drag her out of bed to keep her stable.

Not everyone gets to see this side of student-athletes. It’s hidden. We see plenty about their physical rather than their mental. Students and staff should be more aware of everyone’s mental health. Many just like Sophia have to go through situations just like this and are expected to act normal. Thankfully, Sophia had her close friends and family to help her through this rough time.