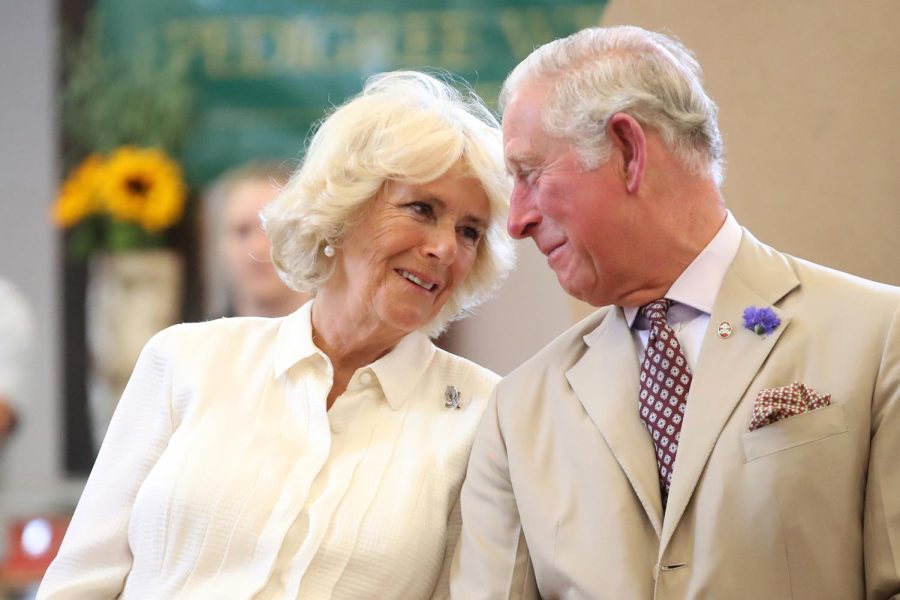 On the eve of Queen Elizabeth II’s historic Platinum Jubilee, the 95-year-old monarch made it clear that when her son Prince Charles takes the throne as king, she wants his wife Camilla, Duchess of Cornwall to be by his side as Queen Consort.

In an open letter discussing her 70th anniversary as queen, she says that “when, in fullness of time, my son Charles becomes king, I know you will give him and his wife Camilla the same support that you have given me. And it is my sincere wish that, when that time comes, Camilla will be known as Queen Consort as she continues her own loyal service.”This surprise announcement of Camilla’s future title and role within the British Royal Family has already had a mixed reaction to the public and social media.

While some are pleased with the idea of Queen Camilla and see it as a result of her hard work and dedication to the family, a seemingly large and vocal group has formed that believes the exact opposite. And they all seem to have a very specific thread that ties them all together.

One Twitter user wrote: “Camilla is going to be crowned queen but let’s not should’ve and it’s the people’s queen.” Another user said, “Sorry Camilla, but there’s only one woman that was worthy of becoming a queen.”

Tweets similar to these go on and on and on. Tweets that obviously refer to the late Princess of Wales, Diana Spencer.

From what I can tell, all of the negative reactions to the Queen’s wishes for her son and daughter-in-law are because of the past scandal that has overshadowed the couple for decades. If you aren’t aware, before the Prince and Princess of Wales got married, a young Charles met a young Camilla and, from what has been said, immediately became close.

This bond that the two shared became love, but their hope for a serious relationship with her was destroyed by the royal family because they didn’t see her as worthy of becoming Princess of Wales, and the future Queen of England. For one, she was already in a public relationship with another man, Andrew Parker Bowles.

Another reason rumored for why Charles and Camilla never married originally is because even though she came from a wealthy and privileged family, she was too much of a ‘commoner’ by royalty standards.

So, the two were forced to go their separate ways, and Charles was forced to find another; And here is where Diana comes in. She was, in the eyes of the royal family, the perfect opposite to Camilla. She was the daughter of a wealthy earl, young, and had no real past relationships besides Charles.
She would’ve made the perfect queen. But, as we all know, the marriage between Prince Charles and Princess Diana ended up being a toxic, messy mistake. In early 1996, the royal couple divorced due to his affair with Camilla. This divorce ruined the Prince of Wales’ popularity and respect.

However, it did make it possible for him to marry Camilla. So, years later in 2005, they did. This royal wedding was controversial to many. She was seen as the reason for the marriage breaking apart between Charles and Diana, and the family knew how unpopular she was and would be in the future.

Because they knew how bad it would look, they gave Camilla the royal title Duchess of Cornwall instead of Princess of Wales, which is what she technically is. I think they did this because it would be seen as Camilla stealing a role that the late Diana Spencer had and made legendary.

Another choice that they made early on is that they announced that when the Prince of Wales becomes King of England, his wife Camilla would be given the title of Princess Consort, instead of the typical title for the wife of the king, Queen Consort. And so for all these years, we thought that the idea of a Queen Camilla would never become reality.

Obviously, there’s no real way to find out the exact reason, but I do have some theories. Since the Duchess of Cornwall became a member of the royal family, she has worked with over a hundred charities and specifically has been an outspoken advocate for women who have experienced domestic violence.

I guess that they’ve seen how well Camilla is at handling royal duties and as a responsible and reliable member of the family. Another theory I have is that we’ve all overestimated the hate Camilla and Charles would receive.

Yes, there is a seemingly large and prominent online group of people who dislike the duchess and prince, but over the years their popularity has slightly risen. Many polls have pointed out she is no longer the least popular member of the royal family; And that the public is slowly starting to appreciate Camilla.

My final theory is that when Prince Charles becomes King Charles, he could do whatever he wants and give titles to whoever he wants to.

The Queen knows this and knows that he will give his wife the title of Queen Consort with or without anyone’s permission. So, she might think that if she asks publicly for Camilla to be queen, it would lessen the hate the two would get when he did give her the title of the queen without the previous queen’s opinion.

The online discourse regarding the idea of Queen Camilla comes from people still holding onto the past and the couple’s past scandals.

Yes, what they did was terrible, but their affair was the result of an outdated, emotionless system that is concerned more with a person’s social status than their true feelings.

The infamous affair was decades ago, and who can say that they are the same people they were in their thirties as they are in their seventies.

But they have both shown a willingness to complete their royal responsibilities regardless of the hate they get. There’s nothing we can do to stop King Charles and Queen Camilla from becoming reality, the only thing we can do is keep an open mind and give her a chance to prove herself worthy of the title of queen.