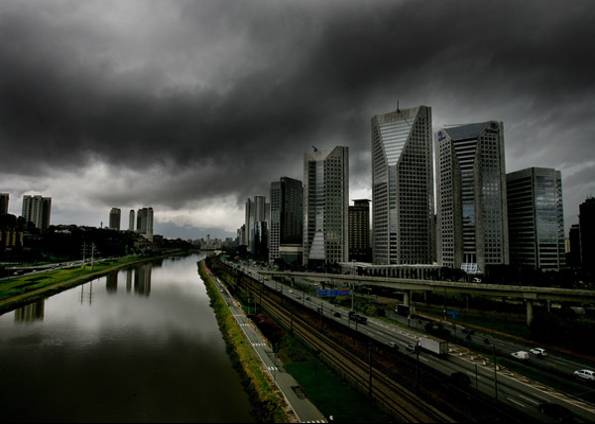 I stared at the tired and teary eyes of a young boy. The lights turned red, and he tried his best to quickly make his way past cars, trying to sell as many snacks as he could. He was young enough to be in first or second grade, young enough to be playing with hot wheels cars, but instead, the world decided he was old enough to be working at a traffic light; The cruel reality of Sao Paulo and its ash and rainy skies. Once there, you are bound to be contaminated by the droplets of inhumanity.

What is one supposed to do after witnessing something like that?

That was my first scene, my welcome back home. After ten years of leaving that place, I had forgotten the abnormalities of that city and the commonality of everyone watching the boy.

How could it be? How can people drive to their jobs or go to lunch or drive home after witnessing that, but sadly I too went about my day. It is a harsh truth you face when visiting a different country; Or for me going back home after so long.

It is revolting, and what should I do, file a complaint? You could not simply call the police and report a child for labor. What is saddening is that the odds are, the parents are the ones to leave them there; Children bring more attention more sympathy, which in return generates more money. It disgusts me to type the letters of the word generate as if the young boy is merely a money-making machine; This is not an isolated case, but a daily occurrence in the streets of Sao Paulo. It won’t be in the news, and no one is alarmed or shocked.

There is no concluding data or recent numbers to show; the last collected data relating to child labor in Brazil was in 2016, a study that showed about 2.3 million children and adolescents forced into child labor; Children as young as five years old.

When you are not conscious of issues like these, one cannot fathom the thought of their child or a younger sibling, or any little ones in their family, having to work to feed themselves or bring money in.

The closest thought you can have is a sunny summer day, squeezing some lemons and preparing a fresh lemonade, and setting a stand for fun or charity, whatever the case might be. The thought behind it, the intention behind it, is never about survival. 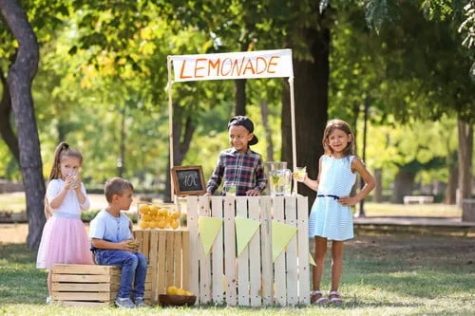 The photo on the right is staged but still serves the purpose; to show the deep contrast that exists. The photo below that one shows a reality that most are not aware of, and the only thing I can tell you is to be grateful for what you have, and that is the awful truth, we are often so helpless that the only way we can act about it is to be grateful for what we have. I guess bringing and having awareness on the issue is also necessary.

I cannot begin to express how seeing that little boy ruined my perspective of going back to my hometown, even worse, 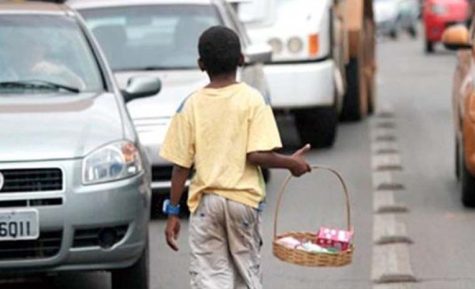 realizing nothing has progressed since I left. At that age, children should be learning and playing with other children. A child should not be experiencing the darkness of poverty and the responsibilities of becoming an adult at such a young age, having their childhood stripped away from them.

We can point our fingers at the parents, but what do we know. Chances are the cycle is repeating, or they lost their battles to opioids. That is common in Sao Paulo. It is also common to see them living in tents, getting treated worse than stray dogs.

In the end, these words are the traffic light, and you stop at the red light, and you stare, but the car will keep moving, and the words will no longer matter. The only thing that matters from now is that you remember to be grateful for something today.