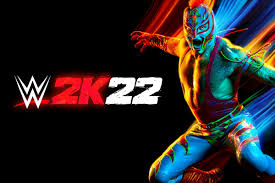 After a one-year delay, there is finally a new WWE video game coming out very soon. March 8, 2022, will be the release date for the highly skeptical new WWE game. The reason for this skeptical attitude is that the WWE games have not been very good in the past years.

In fact, it was one of the worst-selling games made by the 2K company in the past five years. Starting in 2015, 2K started to be the main company making the WWE simulated video games, and a lot of people were excited about this; because this was the same company that makes NBA 2K which is one of the best-selling games every year.

But something about every WWE game has just not felt right. It was always missing the creative touch that the NBA games get. It felt like 2K did not really care about these games, and they would just make the same game every year with updated rosters and call it a day. 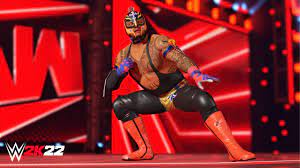 The fans of the WWE in general, are usually fans that like to critique the product that is being made by the WWE and the qualities that it provides. And a big part of that is the games that have been made, the first year that WWE 2K15 was released, it was a tremendous success because no one knew what to expect, and it was the first of its kind.

But every single year after that, it was the exact same game and even got noticeably worse every year. From glitches to wrestlers not being in the game, to way too much content that had to be purchased on top of the 60 dollars, that had to be paid just to get the game.

There was also just outrage from a lot of the fans because it felt like there was no thought about what the people who were buying their game wanted. They would not listen to any of the ideas that the content creators were pitching to them, and they were very blind to the product that they were putting out. YouTubers who mainly make WWE content could not even play the game early, which caused a lot of problems between the people who put your game out there to the other viewers and the company itself. 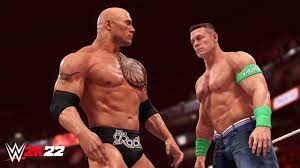 All of this led to WWE and 2K agreeing to not make a game in 2021 and go from 2020 to 2022. They wanted extra time to create a game that would put all of this outrage behind them and basically start from scratch. This was accepted very graciously by all of the fans and creators because it finally showed some initiative from WWE and 2K.

They also brought back one of the game modes that were very much begged for, which is called GM Mode. This game mode has not been in any game since 2007, and no one really knows why it never came back.

It shows that they finally listened to the fans and are giving us what we really want, which is just a game we can have fun playing.

No one wants to complain about a game that we all know is not easy to make and takes a lot of different people to create, but all the fans want is some response from the company that we all love to make a game that will hopefully even create more fans out of. A kid who really likes NBA and sees that 2K is making a WWE game might want to try it out, and if you make a game that is fun to play, you just gained a fan right there in 5 minutes.

I personally am very excited about this, and I missed playing the game for the past year, so it is very refreshing to see a new game coming out, and let’s just say I really hope that it does well.