Why I Didn’t Speak Up Sooner 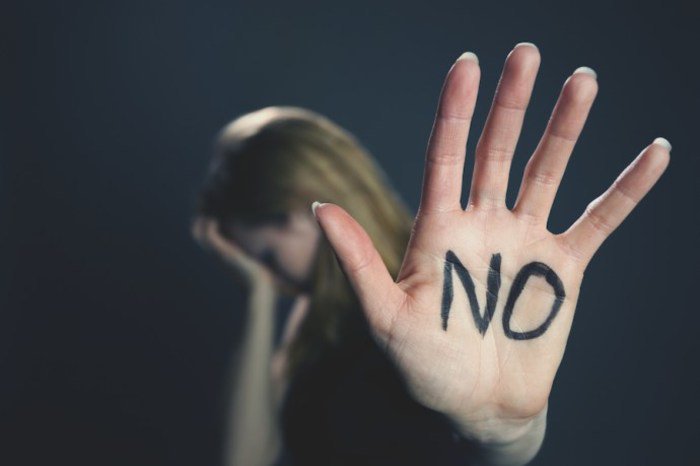 In the recent events of Brett Kavanaugh being accused of sexually harassment, only to be confirmed as the Supreme Court Judge, I am not only frustrated, but enraged.

How can someone that is holding the most important moral position in the country be accused of sexual harassment?

A lot of people have been asking the redundant question, “Why didn’t she come forward sooner?”

With no surprise, President Donald Trump even said at a rally , “She has no memory of how she got to the party, so should we trust that she remembers the assault?”

It’s redundant because I already know the answer.

I believe her because it happened to me.

I was fifteen when I was raped and I didn’t tell anyone until recently. It took four years. I have no memory of what day or even month it was. No memory of how I got there. I didn’t even understand at the time that it was rape. It was my friend since elementary school . We used to go over each other’s houses because we lived in close proximity and he’d talk to me about girls, skateboarding and school. I thought he was someone I could trust.

Until one day instead of listening to music, he asked me if we could have sex.  I looked a him surprised and said no.

I said no over and over again, and I can still hear myself saying no , but he kept insisting. Until he was on top of me and I didn’t say anything. I just felt the weight of his body and stared at the white ceiling until it was over.

I didn’t move. I was scared and confused at how I ended up in this situation .

I thought it was my fault and I was embarrassed. He had convinced me that this was my decision and that we both wanted this. I thought that it was better to keep it to myself.

I feared getting in trouble with my parents for being at a boys house with no adult supervision, as Dr. Blasey Ford did.  And like her, I also still have trauma about the attack since then.

I get anxiety attacks when I feel I am not being understood. When I feel my words are not enough and people are not listening to me, I feel my heart pounding, as well as utter doom. This was as if i was on limbo to a pain I can not escape. I was depressed for several months after the incident.

I remember my parents being so confused as to why I was acting out at home. They’d tell me I had no reason to feel sad because I was  able to go to school in America, not having to starve or suffer.

“People have it worse,” they’d say.  “Girls your age are being married off in other countries.”

Sure, they were right, partially. Little did they know about the monster that walked the halls of my high school.

So why didn’t I speak up?  Science proves that in some experiences, trauma changes the brain. The brain puts the trauma in a box and files it away so that we can survive the pain. That is what I did. I hid the pain away for years and I thought it was me moving on. I did not feel the need to tell anyone about something I thought was already fixed.

Also there was the fact that he was friends with a lot of girls in my school. Some of which were my friends. They trusted him and he quickly became everyone’s  “best friend.” He would always joke with them and they told him all their secrets.  I didn’t think my friends would believe me. Even when I expressed to them that I despised him, they’d tell me I was being dramatic.

It hit home watching Dr. Ford’s testimony. I felt like I was reliving my past. I was that fifteen year old girl at a boys house being violated of my own body.  And every ounce of me believed her.

Even though Kavanaugh has been denied of all three counts of sexual assault and sworn in as Supreme Court Judge, it doesn’t mean victims should stay silent. It is the survivors story to tell and no one has the right to question their memory or credibility. Regardless of the position of power the abuser may have, your truth breeds strength.