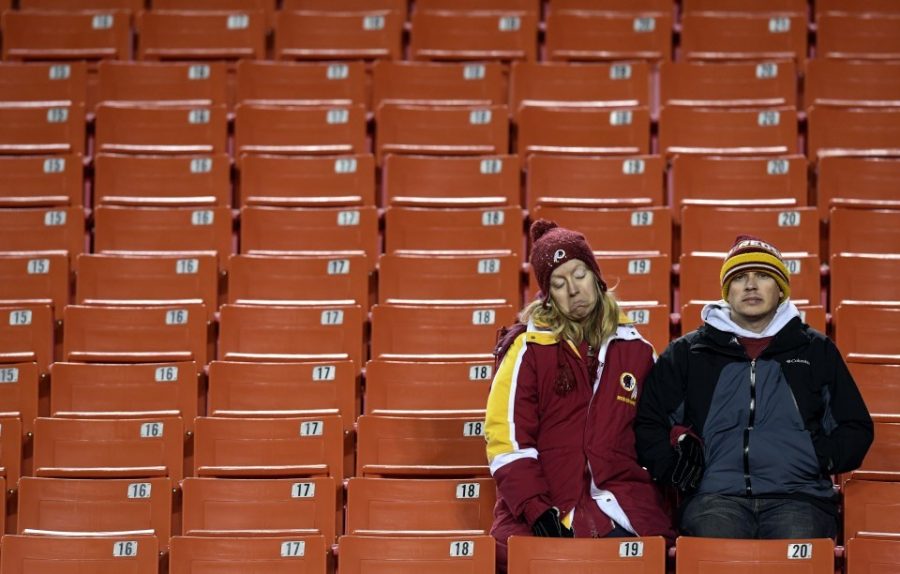 Only 7 games into this NFL season, and it looks like my favorite team’s season is already done. How can that be, you ask? Trust me, I just know; I’ve seen this before.

Sitting at a record of 2-5, I can just tell you it’s simply over. This is primetime seasonal football depression at its finest, and like sand through the hourglass, these are the days of my life.

Decent analogy, but seriously, it’s not fun on Sunday anymore.

I was the youngest of three kids living in a one-parent household. Needless to say, when my dad was either working or wanted some “alone time” from the craziness, we spent a considerable amount of time at my nana’s (grandmother).

Now, I couldn’t stand being with my siblings because they didn’t like sports, and I was a very active kid.

My brother, well he liked to play with barbies. Need I say more? My older sister at the time was a real kiss ass and liked to help around the house, so naturally, I tended to just explore things on my own. Walking from room to room, looking through old beat-up boxes, rummaging through photo albums, you name it.

By this time, I was just figuring out that sports really piqued my interest. Of course, like many kids around my age soccer and baseball were king. However, I wanted to try something different. All throughout my nana’s house were pictures of my dad playing football.

And I mean, everywhere. It was like he was some football god. That was it.

My dad never really pushed us towards a specific sport, he always let us decide on our own, and I remember the day so vividly where I told him I wanted to play football. Having shared the same name as my old man, I truly wanted to be just like him.

I made the team, and let’s just say getting mauled by bigger kids wasn’t really for me.

Naturally, my athletic ability and speed became very limited with those pads on. I had such a massive head they put a lineman’s classic helmet on me, something that means Joe Greene would’ve worn for the Steelers.

Those tackling drills were brutal, and I am so happy YouTube wasn’t a thing back then.

And although playing football wasn’t for me, I was still drawn to the game.

By this time, I didn’t have a favorite team as I barely even watched the games on TV.

I remember hearing my dad yelling at the TV as I was in the other room. I ran in and he was watching the Redskins-Buccaneers playoff game. The vivid memories of his excitement still give me the chills, just putting it into words.

I gravitated towards the TV, arm in arm, rooting for this team, the Washington Redskins, to win.

I was 9 years old; I would’ve done anything to just hang with my pops, this was peak excitement for me.

This is 1999 mind you; we weren’t well off by any means and the TV we were watching the game on was so damn small I couldn’t tell you what was going on other than it came down to a field goal at the end.

The Redskins with a chance to win it off the foot of Brett Conway. I’ll never forget that name.

In the midst of everything going on and the pressure you could feel building in that room, my brother walks in and says, “I hope he misses”.

My father was about to kill him and chased him out of the room as the Redskins muffed the snap to lose the game. As for me, I sat there and just stared at the TV wearing my dad’s Brad Johnson jersey. Yes, Brad Johnson played for the Redskins.

This was a heartbreaking loss, and possibly foreshadowed the future of this franchise but, needless to say, I was hooked on this football team.

What a pain-train it has been ever since.

Regrettably, I became a die-hard of this team to just share the experience of watching football Sundays on the couch with my old man. Yelling at the TV and turning it off before the game was even over became our favorite Sunday past-time.

The pattern of disorganization, franchise turmoil, a plethora of ridiculously named quarterbacks, head coach firings after a season here or there, it just all continues to build up.

My pops has since passed away, leaving me alone to deal with this disembodied franchise who even ended up losing their name in 2020.

But let’s not get into that.

Since I was born the WASHINGTON FOOTBALL TEAM, has compiled a record of 207 wins and 243 losses. Doesn’t sound terrible until you consider that 62 of those wins came over the course of the 9 years before I even knew what a football was.

Absolute misery, I tell you.

It doesn’t end there, oh no. There is always more.

1999, the year my fandom began, we have gone through over 20 quarterbacks, 10 head coach changes, 5 general managers, 3 team presidents, and if that doesn’t spell out a losing formula, I don’t know what will.

I’m just an innocent bystander, what did I do to deserve this? I was born and raised on the Massachusetts line. About an hour from Fenway, I love everything Boston. Now why in the hell couldn’t I have become a Pats fan?

This is something I think about almost daily.

Part of me is envious of my father. He became a fan during the George Allen days. He got the chance to see his team make it to 5 super bowls, he got to see them win it all three times under Hall of Famer Joe Gibbs. He got to enjoy watching players like Joe Riggins, Art Monk, and Darrell Green.

What did I get left with?

In 1999, we signed Bruce Smith, who after playing almost 20 seasons to that point was washed up. That same year we signed Deion Sanders too. We made Deion retire at the end of the season.

In 2005, we made the playoffs, things were looking up. Well, we lost again, and that next year our only blue-chip defensive player, and my favorite player of all time Sean Taylor, was murdered in his home while recovering from an injury.

The team has signed the flashy names in free agency, just to see them falter. Shout out to Albert Haynesworth, that was fun.

This year is a lot like the others. A painfully slow start to the season I’m all too familiar with.

7 games in and we’re a lowly 2 -5. Our overrated defense is ranked bottom 5 in the league, and that was supposed to be our strong point this year.

I’ll still watch, yell, curse, and quite frankly still root this lowly team on during game days. And although that 2-5, my-team-sucks-and-the-seasons-not-even-half-way-though-depression is very real right now, I can’t stop loving the team that made the 9-year-old me that much closer to his father.