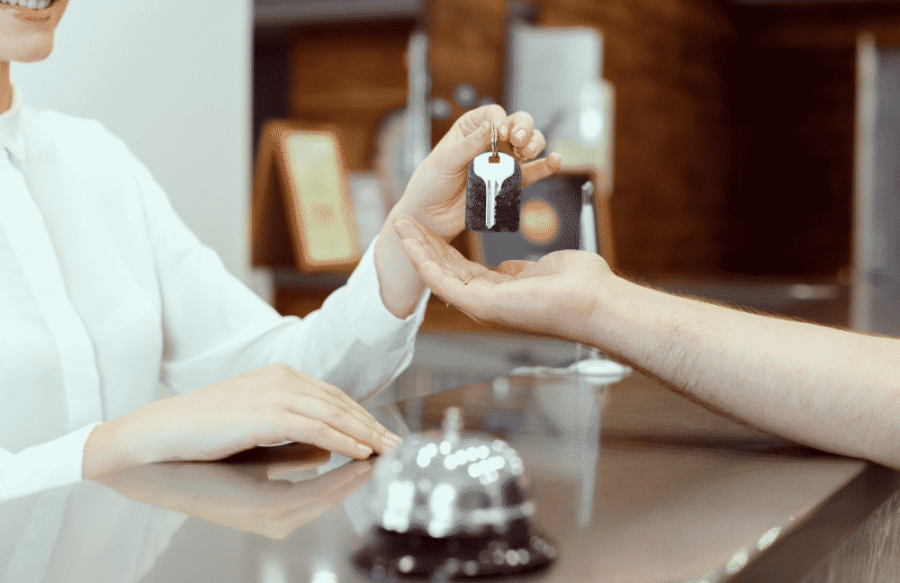 You never know who’s actually staying in the hotel room, and that’s the scary thing. One morning a blonde woman walks into the hotel to check in. It was still pretty early, and her room was still marked as dirty in the system so I couldn’t give her the room key. My manager overheard the woman asking if she could just get the key now, so she doesn’t have to come back to the front desk, were not supposed to do that, but my boss gave it the okay. So, I gave her the key.

40 minutes later, I get a call from housekeeping letting me know that someone was in the room. So, I had to check to make sure It was the woman who got the key from the front desk. I knock on the door and I yell “front desk” to let whoever is in the room know and all I hear is a woman yelling for me to come in and a man saying to stay out.

I scan my key card to enter the room and the man is trying to hold the door closed. Both the woman and I are trying to pull the door open. Eventually, we got the door open, and the woman runs out of the room crying. I’m trying to calm both of them down as he’s in the doorway yelling at the both of us telling me to leave and for her to just come inside.

As he’s yelling at her to “just come back inside”, she tells me their son was in the hotel room and she wanted to get him, but as soon as either one of us tried to get into the room, he would start screaming bloody murder. After 5 minutes of him yelling, I tell her we have to go to the front where she can be safe. As we start backing away, he charged at us. He stops before he actually hits into us, and we quickly make our way to the main lobby.

I bring her into my manager’s office so we can explain everything that just occurred, and she adds in that he hit her. It was her son’s 1st birthday the next day and at that point sadly, we have to call the police because not only is a baby’s life in danger but hers is as well.

Once the police arrive everyone gave their side of the story, she and the baby were taken away separately. The man got to stay in the room because his mother was the one to pay for the room. After that, I never saw either of them again.