The Two-Party System Needs to End 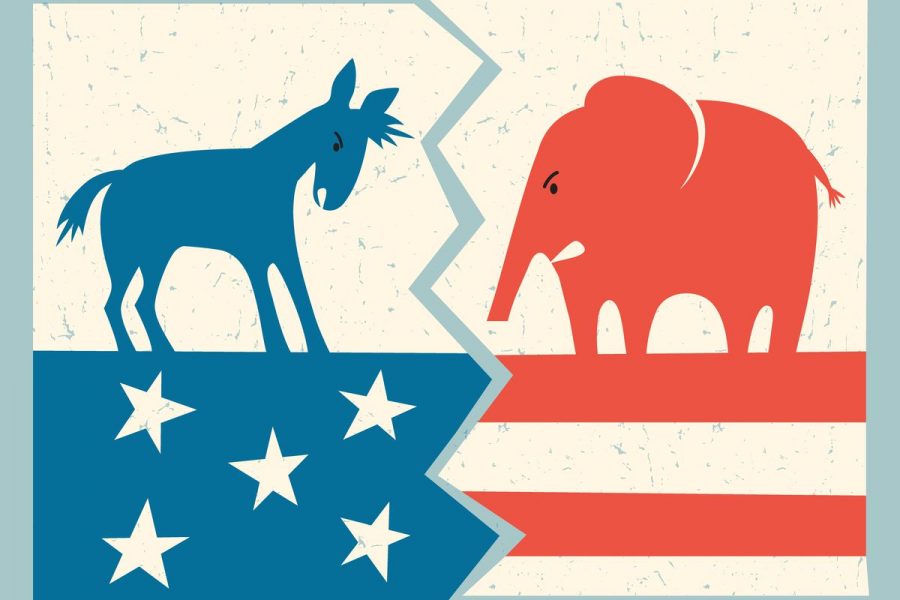 During the current presidential era, the phrase “United We Stand” turned into “Divided We Stand.” The ideology of bipartisanship has been around ever since The Great Compromise of 1787, a historical event that led to the Constitution as we know it today. The deeply rooted division within the states’ delegates threatened the very existence of the Constitutional Convention. A couple of centuries later and we’ve met again with the same division, if not worse. The hunger for control from each party has polarized our democracy into shambles.

The issue with a new stimulus relief package and the back and forth between President Trump and speaker of the house, Nancy Pelosi, is a perfect example of one of the divisions within this two-party system, and we are tired of it. Neither side can come to an agreement and who’s paying for that? We, the people.

I should also mention the huge division caused by the Black Lives Matter movement, mainly when it was openly embraced by the Democratic Party – a shot fired at the Republicans. The movement was originally believed to bring justice to victims of tragedy and police brutality, but it is instead being used as a tool for the Democrats to gain support from the people and is also allegedly a direct source of funding for terrorist organizations. While you might view it as solidarity, I view it as a political advantage. As a result, the right wing shot back with Blue Lives Matter immediately after, creating more conflict and division.

Ironically, the Democratic presidential candidate, Joe Biden, was practically forced to choose Kamala Harris as the vice presidential nominee, not surprisingly, a month after the BLM movement trended in all major media outlets. It doesn’t end there. During the vice presidential debate, Harris claimed she wants to decriminalize marijuana, after having previously convicted many of possession, distribution, and use. Harris said what she thought the people wanted to hear, but didn’t really listen to what we need.

Research conducted by the Pew Research Center shows that the Democrat and Republican parties have different priorities and different ideologies causing too much complexity to find common grounds. Additionally, the research compared today’s political disagreements to those of 2014, when the top priorities of the Democratic Party and the Republican Party were way more aligned than today. Fundamental policies such as healthcare, climate change, immigration, and terrorism, among many other policies that have crumbled amid this political ping-pong, are not to be played around for political advantages.

We need more than two political parties. I believe that people shouldn’t be forced into having to pick between either Republican or Democratic, I say forced on the grounds that the winner-take-all voting makes it difficult for us to want to select a third party. A research done by Pew Research Center in 2015, shows that I’m not alone with this thought and that the number of people who are not affiliated with either of the parties is rapidly growing as years go on.

Furthermore, over the past three decades, a third-party candidate has been completely ruled out of presidential debates. In June, the Libertarian and the Green Party had sued the Federal Election Commission after being declined to participate in the debate. The presidential debates are funded by a nonprofit corporation called The Commission on Presidential Debates, and they require three simple things: that a candidate must be qualified to be President, must be on the ballot of enough states, and have the support of at least 15 percent of the national electorate. This percentage alone sets up third parties for failure.

All across the states, third parties continue to fight for recognition.