Superwoman Is An Immigrant 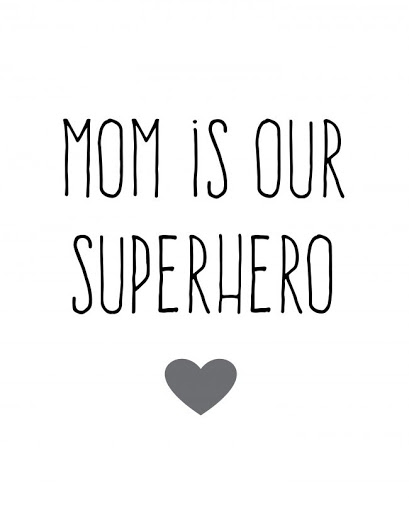 My mother, Chilean born was only 6-years-old when my grandmother and grandfather moved to Brazil. They left her childhood home and the rest of the family in hopes to find a cheaper cost of living; my grandfather had a job waiting for him the very next day. He was a fine jewelry designer, and he would design pieces all by hand, he worked in the finest jewelry companies, but life had other plans for him.

Back to my mother, she was alphabetized in Spanish and had to learn Portuguese. She had to learn the culture and learn how to adapt. In Chile, she had freedom, and all her cousins lived right next door to her, and in Brazil, she felt caged.

When my mother reached her teen years life started getting harder, she missed her childhood, and things were not the same anymore.

My grandparents would travel to Chile almost every year to visit the rest of the family. Every time they returned to Brazil, it was like a part of my mother was being taken from her.

My grandmother had two more boys after her, and my grandfather was happy he loved kids, and all the kids loved him, but as the years went on, life started to take a toll on him, leaving all his family in chile must have been painful. Nobody knew for sure what he felt, but they knew one thing. He would drink his feeling away, and he would smoke a lot too.

Some days when it was late and past the time my grandfather was supposed to arrive, she knew right away what to do. It had become a drill. She would wander the streets of the Glicerio, São Paulo, late at night to look for him. Luckily God was on her side, and so were the neighbors.

Glicério is a municipality in the state of São Paulo, one of the most dangerous places to live in and a place where poverty and crime rules. Thankfully nothing ever happened to them.

She recalls having to look for him after he had one too many drinks, and even begging him to come home and not get involved in any fights. This went on for years until she got one of the saddest news of her life.

When she reached the age of 14, my grandfather got diagnosed with lung cancer at only 44 years old. Four years later, he lost the battle. By 18, my mother practically had taken over her father’s role. My grandmother would take care of the other boys (my uncles), and my mother would work to provide. She started working as a teen and has not stopped working since.

She would make sure that her brothers had a different future than their father had. She guided them and kept them from trouble. Fast-forward, my uncles are grown and have successful careers and successful lives, gracefully with the influence of my mother.

When she moved to the United States, her bravery continued; she battled as a single mother to provide for my siblings and me. Always working hard to make sure we always had everything we wanted.

She is proud of where she came from, and she is proud of being a hard-working immigrant. She did not attend college, yet she made sure that every one after her gained an education, and she worked hard for all of us to have a comfortable life.

She migrated from country to country and conquered all by herself; battle after battle, she won. She puts all of our needs before hers, and I cannot wait for the day I can repay her for everything she has done for our family.