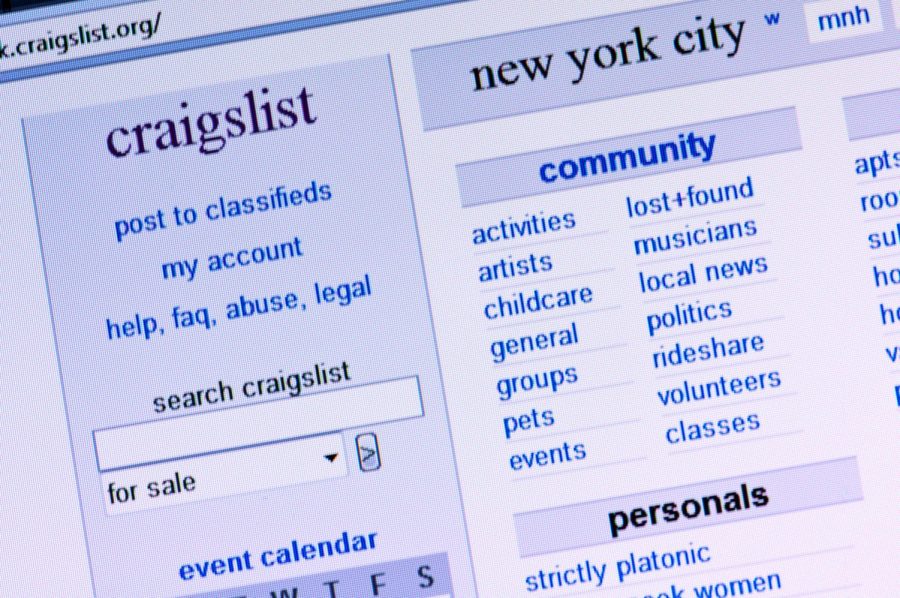 Over the summer, I spend hours scrolling through craigslist looking for gigs that would supplement my income. I was always wary of possible craigslist dangers, speaking notably from a female point of view.

After scrolling through multiple Lyft and Grubhub craigslist ads, I finally stumbled across a promising but too good to be true listing. The listing offered a compensation of 500 to 1500 dollars per shift.

Jackpot! How amazing would it be to have this much extra cash per week? I thought.

They were seeking females in good shape for a gym clothing line with no necessary experience. I should clarify that I do not see myself uniquely as the “fit model” type, but I do consider myself to be in fair shape.

“Text us anytime,” said at the end of the listing.

I was 99 percent sure that this wasn’t going to lead anywhere and that if I messaged them, I probably wouldn’t even get a reply. So I typed up a message and hit send the time was 11:51 p.m. Then I realized this is a complete shit idea.

They responded seconds after I hit send and told me one of the managers would call me back on Monday.

My paranoia was growing, but I will weirdly admit that the fear was also exciting. Who responds to a job text at 11:51 pm?

It was still Saturday which meant I had Sunday to forget about the whole thing.

It was 7:52 p.m on Monday when I received a call from a no caller ID. A lady answered the phone, sounding to be in her early 50s. She never gave me her name and didn’t ask for mine either. She asked if I had a manager, to which I responded no, she paused, and then she asked the same question again. Weird.

The call ended with her saying she would book an appointment for us to meet and that one of her employees would send a text with the details; everything about that interaction seemed sketchy.

I received a text with the details, and I immediately researched the phone number and the address from the text.

According to what I found on the internet, the number belonged to a man. I decided to add the number as a contact on WhatsApp. A trick that I find valuable, it helps me to obtain more information on a person. The contact profile showed me a photo of a man who appears to be in his early 50s.

The address is a commercial building near Bowling Green in the city, I looked into the directory of the building and went through every single company and their reviews, but something stood out to me. Most of the companies didn’t fit the description of a casting company, and there was only one company mentioning yoga clothing. It got even weirder when I realized most of these companies were “ghost companies” that hadn’t been active or claimed by anyone.

My theories began flowing, and I became more invested in trying to piece everything together.

I decided to text the number and ask them for more information in regards to their company.

My phone rang, and there it was again “no caller ID,” I already knew it was them. I picked up, and before I had the chance to talk, the lady shouted: “what are you afraid of?”

(Mam, have you seen the news lately?) I told her I wanted to make sure this wasn’t a setup.

“You have nothing to be afraid of. You will see when you get there, it is a beautiful building, and a representative will greet you when you arrive,” she said before hanging up the phone on me.