Twisted Fairytale From a Castle Employee 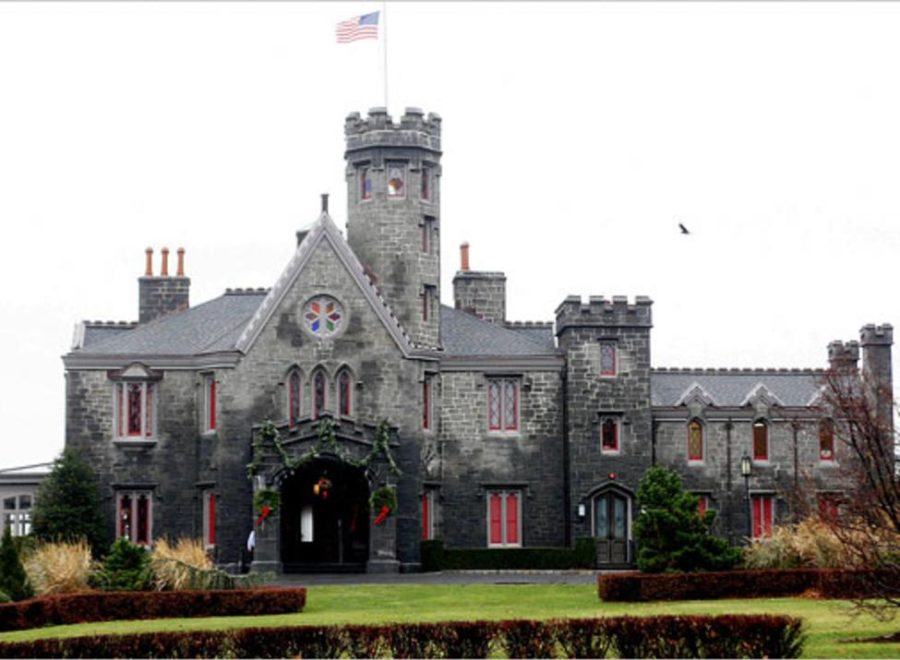 I was thrilled to have my first job in America. On the day of the interview, I was dressed for the occasion with a silky button-down shirt and tailored pants.

I walked through the large fortress wooden doors of the castle. The dark wooden floors were all freshly polished. I was told to go up the castle-inspired spiral staircases dressed with red fancy carpets, and follow the signs to the manager’s office.

I went into the office, and it only took me five minutes, as the manager asked if I was legal to work and how many hours I could work each week, and when I could start. I left that office five minutes later, employed. I was going to work in a castle.

American dream accomplished. That was easy.

I was 16 at the time, still taking ESL classes in high school. I had gotten better with the English language but still had a long way to go.

On the first day of work, I wanted to quit. They told me to move this heavy buffet table to the outside court. I was 90 pounds and recall struggling to push the table with all my skinny body’s strength. As I moved the table, I remember a group of rich kids just staring at me and laughing. Probably cracking jokes at how much I struggled to move the heavy table. Or how I had to work while they were on vacation.  I remember holding back tears and talking to myself.  “You got this.”

Then I was instructed to take a large plastic crate full of wine glasses all the way down to the basement. Another guy was starting the same day as me, and he was given the same instructions, he looked down on me with a look of pity. Now I felt challenged to make it. We hadn’t even made it to the stairs, and the guy had dropped the crate; there was a loud noise of glasses shattering, followed by silence, and everyone’s stare fixated on us.

I wanted to help but instead kept on going and carried the large crate down two sets of stairs until I reached the scary dark basement.

The next day, the guy was no longer there. He got fired, and I had survived the trials.

At times I was stationed at the golf course in a small cabin that could only fit one person at a time. There I would spend five hours without being able to go to the bathroom, and I had to wait until someone came to pick me up in a golf cart.

I’m glad they never forgot me there but often times, I felt it was a possibility.

Some golf club members were kind, and some were audaciously creepy. They would stare at me in a perverted way, and some would even try to flirt. It was all very uncomfortable at the time, but I was all too naïve to report it.

I was also naïve to report when my manager commented on my curly hair. He told me I should wear it straight to work instead. Or the time I poured and served alcohol by the club’s pool. The members would not even care to question a 16-year-old serving alcohol.

Sure, that’s legal here, I suppose.

I still embarrassingly remember my first experience learning bartending terms as a person still learning English. One could only imagine the confusion on my face when a member asked me for a pinot noir “on the rocks.”

Does this woman want rocks in her wine? And what kind of rocks are we talking about?

Good thing I Googled before I did anything oddly stupid.

My embarrassing encounters does not end there, although I wish it did.

It was much worse when a young boy asked me for a root beer, and I blame everyone I knew at that time for never telling me there was a soda named root beer. Google saved me again that day.

A woman asks for rocks in her drink, and a young boy wants a beer. I remember thinking the U.S. is a strange place.

Aside from learning unusual soda names and terms, I discovered that some members would arrive together as a family, and the father would usually spend the day playing golf, while the mother would spend the day sunbathing and drinking wine by the pool. The kids would run around unsupervised and do whatever they wanted to do.

“These parents spend a lot of money here, so we have to treat them like royalty whatever they want. We have to give it to them,” is what the managers would tell us.

Whatever you say, my liege.

After enduring many months of a toxic workplace experience, I decided to quit. So long, Whitby Castle. I give you one last curtsy.