Why I Hate Dating 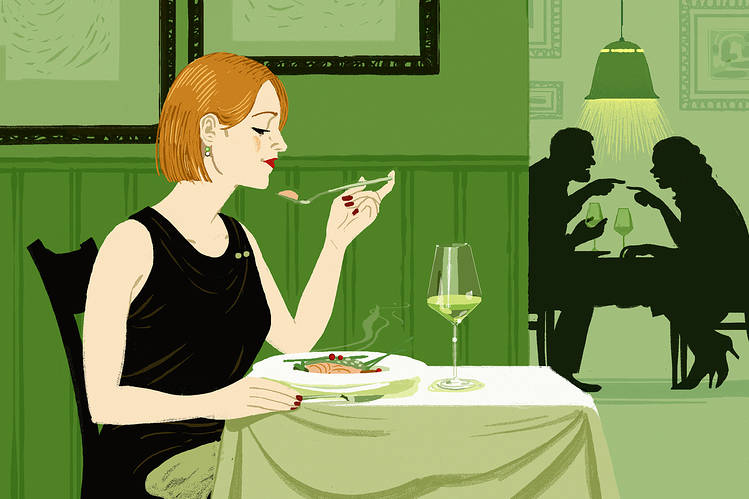 People never come to me for relationship advice and that’s probably because I haven’t had a serious boyfriend in over seven years.

Hey, I like options and I have a wandering eye but I usually lose interest after two weeks. However, after countless flings and what feels like hundreds of questions from intrusive family members asking about my love life, I am going list some of the major reasons why I don’t find enjoy dating or even like entertaining the idea.

I know that my family seemed starved for some answers so I’m here to feed you hungry snakes.

Even though there are hundreds of words that can describe my personality, an extrovert is the one that best fits.

Nine years ago I had my first boyfriend (who shall remain nameless) but for the sake of this piece, let’s call him Billy. While the relationship was alright and satisfied my needs at the time, I quickly found, that even at my age that I get bored easily. So I broke up with him after four days and pretended that he didn’t exist for the rest of the school year.

Fast forward to today. It is eight in the morning and my older sister who has more boy troubles than most 15-year-olds asks me “Are you on Tinder?” as I am trying to scarf down my cereal before my class starts. Out of anger and fatigue from just waking up, I yell out, “NO MIND YOUR BUSINESS HOOD RAT!”

Even though I was tired, if she would have asked me at any other time the answer would of still of been no, I wasn’t on tinder. But even if I was, I still would have been met with the same level of confusion.

In all honestly, I have gotten to the point where I am tired of dating. My track history is long and none of which is relatively exciting (at least to me). I am described by members of my family as an “old soul” and while I hate being referred to that, I must admit it is somewhat right. I have expectations of significant others that most guys my age are unable to provide.

I don’t spend my time listening to Megan thee Stallion or Doja Cat (even though I stan them), I spend most of my day looking at political news outlets or discussing hot topic issues such as human rights, warfare, and of course… cats. I’ve found that if I am going to be romantically involved with someone and spend most of my time with them, I need for them to be on my level in terms of politics and hobbies.

I am not willing to settle for someone who smokes pounds of Cannabis daily or someone who lacks literacy… I demand someone who is respectful, pleasant to be around, and doesn’t have cat allergies.

It still baffles me that even though I am only 20-years-old (which pains me when I think about it), I along with other women my age still get the pressure to find someone “good enough”, get married, and have babies. I take my older sister (the one who asked if I was on Tinder) as an example. She has dealt with three major relationships (that I know of) each of which had a bad ending and one that was the epitome of toxic, and she believes that she has the right to tell me who I can and can’t get involved with.

Firstly, I don’t take suggestions from others whose taste has proven to be questionable, and secondly, why do you care if and who I date? It is like everyone in my family is determined to find me a boyfriend so I can be seen as the perfect example of the family.

I hear more questions about who I’m dating than how I’m doing in my classes or with my mental health. When did being in a relationship become the end all be all for women in this country?

Even though constant women empowerment movements have taken off in the past few years, women like me are still seen as the outcast, the unicorns. Women who are single and enjoy it. I would much rather be at home with my cats and my annoying dog on a Saturday night than on a date with a guy who doesn’t know what the electoral college is or what continent Egypt is in.

Maybe it’s me. Maybe I pick the wrong men.  Maybe I’m a bitter single woman, or maybe I’m just different. All I know is I can’t wait till we as human beings get to the point where we don’t have to ask women if they are seeing anyone or not. Or assume that they want to have kids in their lifetime.

Hopefully, we can get to a point where we can successfully reclaim our singlehood.