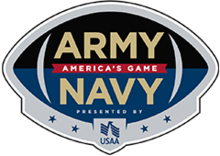 For the 120th time, Army will face off against storied rivals from the Naval Academy at Lincoln Financial Field in Philadelphia in America’s Game December 14th. The last game of the college football regular season will pit two of the best running football teams in the country. We’re reminded every year what a privilege this game is as most of these kids will not play football after they graduate from their academy.

This is the only game in where the players fight on the field for 60 minutes then after, go fight oversea’s to protect our freedom. This is truly a special game not just for me, but for all the soldiers and sailors serving and the ones that have passed; those players represent our country’s best young people and future leaders.

With such a special game brings a special occasion for the highest-ranking officials in the country. Ten sitting presidents have attended the game starting with Theodore Roosevelt in 1901. 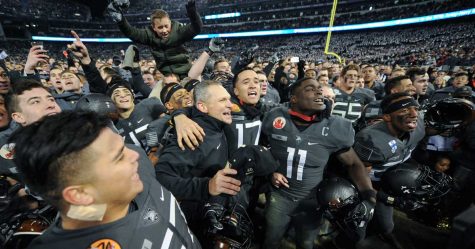 This is also a game where both teams are brothers in arms for 364 days of the year, but for the second Saturday in December, you hate the other side. But after punishing each other for 60 straight minutes they shake hands and go over to their traveling classmates to sing each Alma Mater. The goal is to “SING SECOND”

The Squids from 2002 to 2015 won 14 straight games and for a long time, it didn’t look like Army would ever win again. The Squids dominated every match-up, until the last two games of their winning streak, where the only won by a TD or fewer.

But Army found a new sign of life when Saint Jeff Monken came to West Point and became the head coach of the football team. Monken has a record of 40-35, 3-0 in bowl games but most importantly, 3-2 against Navy, winning three straight against the squids and 2 Commander and Chiefs trophies.

But this is a football game, it is bragging rights for 364 days of the year for whoever wins. There’s a win on the line but there is also a trophy to be added to the cases on both campuses. They play for the Commander and Chiefs trophy which is played between Army, Air Force, and the Naval academies. 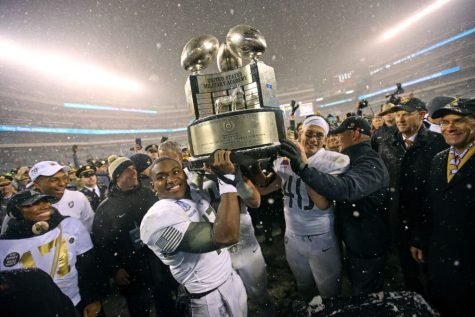 The trophy itself stands 2.5 feet high and weighs 170 lb, so when you win it the three captains of the winning team receive it and raise it as one. The trophy is named for the U.S. President, who is the Commander-in-Chief of all U.S. military services under the U.S. Constitution. The President has awarded the trophy on a number of occasions.

This year’s game is even more special, as this is the 120th time that both teams will face off. Both teams will again wear custom jerseys for the game. With the Squids being Under Armour and Army being Nike, this has become the game before the game, who has the best uniform. 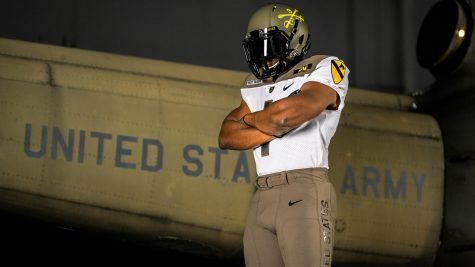 For Army, the 2019 Army-Navy Uniform tells the story of the soldiers of the 1st Cavalry Division and the birth of air mobility during the Vietnam War. The division is unique in that throughout its existence; the Division has served as a Cavalry Division, an Infantry Division, an Air Assault Division, and an Armored Division. They will honor the past by re-telling the story of the “First Team!” A story of valor, courage, and sacrifice. Inspired, humbled, and motivated by the soldiers that came before us, we don their patches, adopt their mottos, and hold their deeds close to our hearts. 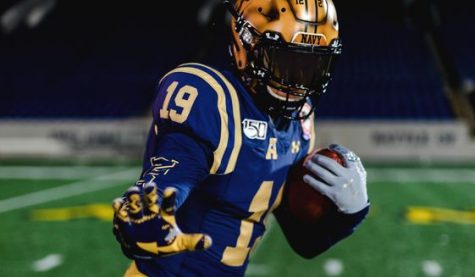 The Squids, have produced two Heisman Trophy winners in their history, with Joe Bellino winning the award in 1960 and Roger Staubach in 1963. The uniforms they wore featured a traditional squid blue contrasted with brilliant gold accents, a brilliant look for some of the best teams in the nation during their respective seasons. This era provided the inspiration needed to outfit the current Squids squad for Saturday’s rivalry game.

But this game will be just like others in recent memory. You can throw out the record when Army (5-7) and Squids (9-2) meet as seven of the last eight meetings have been decided by a touchdown or less.

It’s been a massively disappointing season for an Army team that won 29 games over three years, however, an ugly five-game losing streak has turned their season upside down. It is unclear who will line up under center for the Black Knights on Saturday as Kelvin Hopkins Jr. was knocked out of the Hawaii game and with the second and third-string QB’s both injured it may leave them with freshman Jemel Jones at the helm. But expect whoever under center, will have to have the game of their lives if Army wants to come out with a win

The squids running game is back and the triple option is working the way it’s supposed to, leading the nation with 361 rushing yards per game. The Midshipmen have Senior QB Malcolm Perry leading the charge in the running and passing department with 1,500 rushing yards, 19 touchdowns, adding 1,027 yards and six TDs through the air to earn Offensive Player of the Year honors in the American Athletic Conference

Army will win this game because the class of 2020 is undefeated against Navy (3-0). They will run the option to its fullest extent. Then they’ll be able to hit the play-action pass that has worked all year. This will be a low-scoring game, as the Army defense will take away Malcolm Perry as a runner and will force the squids into uncomfortable situations. 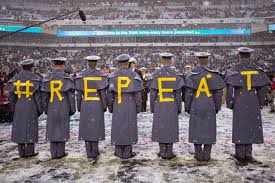 I’m predicting a 24-14 Army win, upping their current win streak over the Squids to four. It won’t be an easy task for the cadets, who are 10.5 point underdogs. But in the typical Army way, we will grind our way to success and we will come out victorious. GO ARMY! BEAT NAVY!