In a world of million dollar stadiums, one small American soccer club set out to prove that actions speak louder than money. 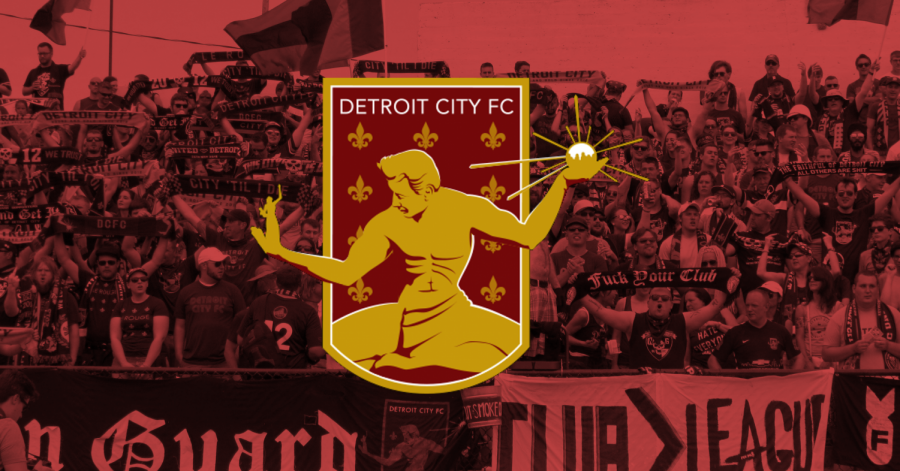 While a stadium may look like just a venue with seats, it carries much more. It’s a museum, a living piece of history and art that not only takes witness to incredible athletic feats, but it tells a story.

The original Yankee Stadium screamed of glory, Lambeau Field carries a sense of honor that is almost unrecognizable, and Camp Nou is a living artifact that connects the greatest players to ever kick a soccer ball together in one place.

But within glitz and glamor, comes the nitty and gritty. It doesn’t take millions of dollars to build a home that will be able to create never-ending memories; this idea also applies to sports.

Yet for the fans of Detroit City Football Club, a tiny soccer club in National Premier Soccer League, America’s fourth division, they didn’t just embrace their home, they created it, as best said by journalist and DCFC Beat Writer, Fletcher Sharpe.

“It’s magical from an impartial opinion. Something you can really only truly experience in real life. One of the best things you can do in the summer in Metro Detroit.”

For the rest of the DCFC loyals, Keyworth Stadium has become their own little monument, and despite its tiny size compared to a Yankee Stadium or a Lambeau Field, it creates an impact that shows just how sports can bring people together.

With the ribbon being cut by President Franklin Delano Roosevelt in 1936 while running for a second term in office, Keyworth immediately kicked off as a staple for the Hamtramck community in which it’s based in. Despite then serving for the Hamtramck school community, it wouldn’t be the stadiums last run with politics.

In 1960, a young hotshot Democratic Senator by the name of John F. Kennedy also gave a speech at the Keyworth Stadium in his bid for President, which much like FDR, also resulted in a victory for Kennedy.

Serving primarily as a home for Hamtramck High School’s Football games in between and after these events to, Keyworth would soon find itself in a situation that would not only see American Football find a home there, but the World’s Game, as well.

Founded by five friends in 2012, the group created Detroit City Football Club as a way to help and spread soccer throughout a Detroit community that was still relatively fresh off of the 2008 Economic Recession. The community needed something to rally around, and in an unexpected twist, “Le Rouge” became a crying call for many.

Initially playing games at Cass Technical High School Stadium in Detroit, Michigan, the club soon found itself having sellouts of around 4,000 at an extremely common rate; with this, came fans and a culture that for a semi-professional soccer club, is unlike anything ever seen in American sports.

With colorful smoke bombs, banners, and loud chants, “Cass Tech”, as it quickly became shortened to, became what looked to be a long-term home for this tiny club. But the growth never stopped; fans kept coming in larger and larger numbers to support their new team and eventually the need for a bigger shell was needed.

Keyworth Stadium, which was in the enclave of Detroit, in the city of Hamtramck, was seen as the ideal choice for the club to move onto. With nearly 8,000 seats, it would basically double the number of fans that were able to hold for one game. Instead of having to push fans back, DCFC could let an already insane atmosphere grow more.

But this didn’t come without serious issues. “The Key” was 80 years old at this point and was in serious need of a renovation it the club had serious ideas of making it DCFC’s new home.

This would not only cost a lot of time and manpower, but money too. And for a club that was playing at a high school, the funds weren’t there for the club to grow.

Or so the owners had thought.

So what does one do when they need to raise large amounts of money for a slightly unrealistic project? Simple, run a Kickstarter.

With the club announcing that in order to achieve the proper restorations to make Keyworth Stadium usable for an entire club, a $400,000 fee would need to be met, it put a lot of hopes in the club’s future in question.

Yet by point, Detroit City had become more than just a club for its fans. And what happened next reflected that.

Not only did the DCFC faithful smash this goal by raising nearly $750,000, but the project became the largest crowd-sourcing project in the history of Michigan. In just 109 days, not only did the club find the money needed to renovate Keyworth, but for the Hamtramck community, it was about to receive a boost it never even knew it needed.

While it’s often said that the original Yankee Stadium was “The House that Ruth built,” Detroit City took that one step further and became the house that its fans built.

In what is nothing short of an admirable effort from the clubs fans, many showed up to literally rebuild the clubs soon to be new home. Whether it was painting to moving to anything. If the club was going to move homes, the fans wanted to take every measure to make sure it was theirs.

And after an entire offseason of raising and building, on May 20, 2016, Detroit City, with a sold-out crowd of 7,810 screaming supporters, debuted the new chapter for Keyworth Stadium.

Wood bleachers and a little bit of heart are all that has been needed to help turn this relic into a living and breathing, venue once again.

But for fans like Brendan Noble and The Northern Guard Supporters, the largest fan group within the club, they have gone far and beyond anything expected with their new home. While this largely applies on the field, their impact off of it is impossible to ignore.

“The Northern Guard leads a lot of that effort.  Beyond charity, though I’ve seen myself how the club has brought together a very diverse area.  Hamtramck is a majority Arab city plus the African American population in Detroit and the whites in the suburbs.”

“We all can come together to support our club regardless of politics, race, etc. It is amazing to see and be a part of;  we say “refugees welcome” as we accept people from anywhere and from any background. It’s beautiful.”

Although leadership at the top of the club has also reflected within DCFC’s community as well.

“I don’t know everything, but the club does a lot. It is owned by Hamtramck, so it can now be used by the school district as well.  The club also donates a lot to a PAL youth soccer program through merchandise and beer sales. This program allows youth to play soccer for free or almost free when it often costs a lot, something poorer people in the area often struggle to pay for.  They also do things such as Prideraiser and other things as well.”

Between raising money for various causes, including homelessness, anti-homophobia, and anti-racism, the reintroduction of “The Key” off the field has been nothing short of a success for the Hamtramck community, but that isn’t to say that it wasn’t on the field either.

In the club’s second season at their new home in 2017, Detroit was able to make it all the way to the NPSL Semi-Finals, where they lost to Midland-Odessa FC. But despite the argued lack of success over the club’s history, it doesn’t stop them from being champions in other ways.

“This is going to sound silly, but it’s something you’ll hear from many within our group. NGS goes way beyond a soccer supporters group. That’s our common purpose, but there’s so much more to it. Beyond supporting Detroit City, it’s important to us make an impact in our communities. Sometimes that means our physical community in Hamtramck” said Joseph Novak, Capo and overall handyman for The NGS.

For all intents and purposes, soccer is just a game, but it carries the power to bring people together. And while the clubs and fans have been vital, Keyworth Stadium was the catalyst that brought everyone together. You couldn’t have imagined in 1936 what would happen to it 82 years later, but from FDR to DCFC, it’s given a journeyman vibe of different roles and jobs, and that doesn’t seem to be disappearing anytime soon.