Is ‘Spencer’ a Masterpiece or a Disappointment? 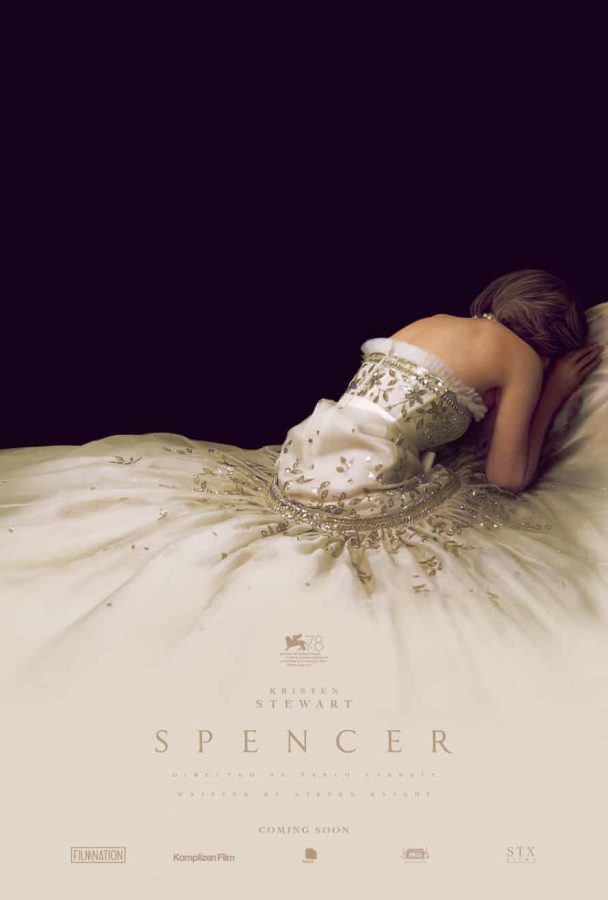 When I first walked out of Pablo Larrain’s Spencer, I originally used the words “odd and dizzying” to describe the film to a friend. At the time I meant it completely as an insult, but I now use those same words as a way to compliment Larrain’s newest masterpiece.

The opening title card of the hour and fifty-one minute film uses a simple, yet powerful, phrase to both set up the haunting story we’re about to watch, and to warn us on what we are about to witness.

“A fable from a true tragedy”.

At first I couldn’t understand what this poetic phrase could mean, but I now see its true purpose. And this true purpose connects to the theme of the entire story.

Spencer is the latest in a long line of attempts to build a narrative around the tragic story of Diana Spencer, Princess of Wales. From shows like The Crown, to a seemingly infinite amount of documentaries, to even a Broadway play about the people’s princess, each of these projects set out to analyze the person who was once the most famous woman on the planet.

It seems like decades after her death, the Princess of Wales has been more popular than ever. Now, I won’t try to figure out why this is, but I point this out to say that in recent years there has been a want and need to analyze every single second of every single moment and every single scandal Diana Spencer lived through.

And each of these projects all say that their Diana is the true depiction of the princess. Each of these biographical projects attempt to show the audience the real Diana. And I thought Spencer would do the same.

The director knew that we would be expecting just another biopic about the late princess. And choose to do the opposite.

Spencer is set almost entirely in the grand royal residence of Sandringham House. The story follows Princess Diana, played by Twilight’s Kristen Stewart, as she attempts to survive the Christmas holidays with her unloving and cruel husband Prince Charles and the rest of the cold royal family.

Throughout the three-day celebration, she is suffocated by the odd and outdated traditions of the royal family and is haunted by ghosts of the past. Both literally and figuratively.

Yes, this literal and figurative haunting was the first sign that the film isn’t what I thought it was going to be. Early on in the movie, Diana is startled by the ghost of Anne Boleyn, the 16th century Queen of England that was beheaded because of her own husband.

This ghost of Boleyn follows Diana throughout the rest of the film. As the movie continues it starts to become more and more apparent that the movie is less of a biopic, and more of a psychological horror movie.

Diana is practically imprisoned inside Sandringham House, and her captivity has forced her to start to have hallucinations and causes her harm herself in multiple ways.

It’s only until Boleyn visits her one last time to explain to Diana that she still has a chance to free herself, that she finds the courage to break free from the identity and role as the Princess of Wales, and reclaims her old identity as Diana Spencer.

When I left the theaters, I was left with numerous questions, and many criticisms. How could a movie be so stuffed with information, but still feel flat? Why didn’t the director give any real characterization to any of the other characters? Why was the ghost Anne Boyln more of a supporting character than Diana’s own husband? Why did the director choose to make a fictionalized movie about a real-life figure?

But now, I see each of these criticisms as all compliments to this film. And I now see that these questions and comments are exactly what Larrain and Stewart wanted us to ask when we ended the film.

If you went in thinking that this would be another movie about Diana based on true events, you’d be heavily disappointed. But, if you open yourself to seeing it from the director’s perspective and try to see why he made the movie the way he did, you’d see that this is a modern masterpiece.

In one of the final scenes, Diana and her royal dresser Maggie, have a conversation on what Diana will be remembered for. This seemingly simple conversation reveals the main theme of Spencer and reveals the reason why Larrain created the movie the way he did.

Larrain did not want to make just another biopic about Princess Diana. And he didn’t seem interested in recreating the real life events of her life. At the end of the day, the movie does not try to tell the real story of Diana Spencer. It’s meant to be, like the opening suggested, a fable.

But what grand moral does the filmmaker hope we take from this tale?

Spencer seeks out to tell the story of a young mother who was suffering in the constraints of her royal duties and failing marriage, and managed to learn the lessons from the ghosts of the past who were killed due to the cruelty of the British monarchy, and breaks free from her gilded cage and reclaim her own independent and free identity.

She leaves behind the life of a Windsor, and returns to her own peaceful, quiet, and happy life as a Spencer.

This “fable from a true tragedy” shows us that the legacy she tragically left behind was not a legacy of a woman who was forever trapped in the royal family, but of a woman who broke free from her constraints. This is what makes Spencer stand out from all the other attempts to bring Diana’s story to the big and small screen. This is why Spencer is a masterpiece.