Why Do People Hate Meghan Markle? 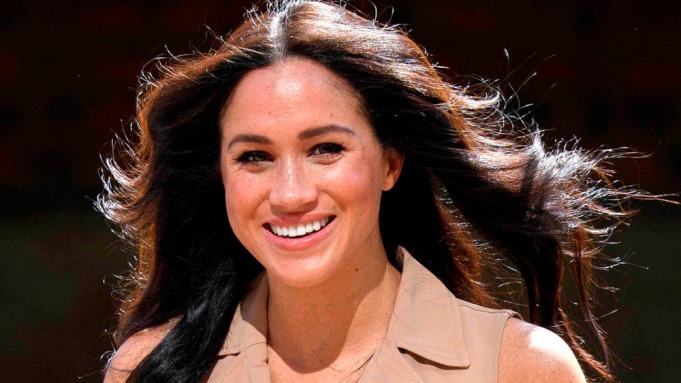 Since the start of Meghan Markle’s journey as Duchess of Sussex, she very quickly garnered a lot of criticism from the British public and bad press from the tabloids.

This isn’t out of the ordinary for the public to focus all their negativity onto a specific member of the royal family.

Infamously Prince Charles took plenty of negativity due to his extramarital affair with Camilla Parker Bowles and a young Kate Middleton was criticized for waiting a long time for Prince William to make their relationship official by proposing to her, Middleton was given to harsh and insulting nickname “Waity Katie” because of this.

But unlike the Prince of Wales and the Duchess of Cambridge, the criticism has boiled over into hate and has only grown as Markle becomes more confident in the royal spotlight.

This public and online hate took its toll on the Duchess and her husband Prince Harry, the Duke of Sussex, and forced them to make the difficult choice to step back as working royals of the British monarchy and take a more passive role in the family. It could be guessed that the Sussexes thought that if they left their career as royals the hate would cease.

But it has only grown.

Meghan Markle has been labeled a manipulative liar whose sole purpose in life is to destroy the monarchy and use the fame to further her career as an actress.

Her father and siblings have profited from her and painted her out to be stubborn and spoiled, over $3.5 million has been made by numerous YouTube accounts who only content are conjuring up rumors about Markle for entertainment, British tabloids were recently exposed for trying to bribe a previous co-star of Markle’s to say they slept together, and worst of all, both the press and the public have hurled racist insults and comments at the duchess.

And the royal family isn’t innocent in this situation. Early last year, Oprah talked to the Duke and Duchess of Sussex in a television interview where Markle revealed that a senior member of the royal family was concerned about how dark their son would be, and when their son was born, the monarchy refused to give him an official royal title.

All this negatively focused on one person makes me wonder why so many people hate her so much? What has she done to deserve the harassment and bullying she has received?

Now, I don’t believe that there is one specific reason for the Markle hate. There are, however, two overarching factors that contribute to the negative light she is constantly put under.

To me, the hate came to boil down to the fact that she is both mixed race and an American. In the dozens and dozens of tweets and magazine articles leading up to Meghan and Harry’s wedding, many discussed Meghan’s “exotic DNA” and pointed out how “progressive” the British royals were for bringing a person of color into their family.

However, looking back at it now, it seems that the monarchy wanted to use Meghan as a prop for them to show the world how modern they’ve become. And this fascination with Meghan’s “exotic DNA” has quickly turned into many using harmful racial stereotypes to destroy her and her reputation. Like I stated previously, they make out every seemingly harmless behavior and attitude Meghan has as a sign of aggression.

Markle’s nationality also comes into play here. Many have criticized Meghan’s early confession that she didn’t understand the realities of royalty.

She told interviewers that since she was American, she had an idea what her career would be as a duchess, and said that her husband had to teach her to curtsy and the proper way of greeting the Queen minutes before meeting her. This naivety in British culture is a clear factor in how the public sees her.

To us Americans, the idea of a monarch and a royal family seems foreign, weird, and outdated. But to Britains, the Queen and her family is a symbol of her culture, religion, and history.

Speaking of history, there’s an interesting coincidence in the royal family’s history that connects Meghan Markle to a previous American woman that supposedly damaged the reputation of the monarchy.

In December of 1936, Queen Elizabeth’s uncle, King Edward VIII decided to abdicate from the throne and give up the responsibility as King for an American socialite Wallis Simpson, who like Meghan, was previously divorced before dating a member of the royal family.

As king, Edward was unable to marry a woman who was divorced due to the church’s strict rules on divorce. They both Europe with their reputation destroyed, the British royal family in crisis and Simpson was portrayed as a villain who orchestrated the fall of the monarchy.

To me, it seems like the modern British public subconsciously fears history repeating itself.

Whatever the source of Markle’s hate, it’s completely unjustified. But one positive lesson that I see from this situation is that the Duke and Duchess of Sussex have not let the hate get to them. They have both turned the cruelty they have suffered from many in the press and online into fuel for their new lives in the United States.