My Review of Ingrid Goes West 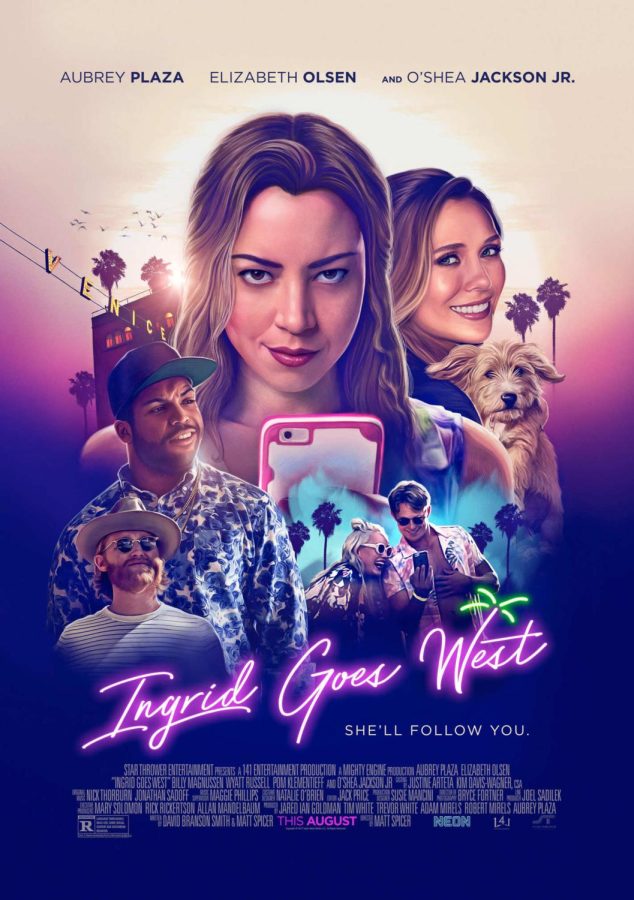 I saw clips from the movie and interview moments between Aubrey Plaza and Elizabeth Olsen on TikTok every now and again but never had the time or had enough of an interest to sit down and watch the movie.

But now, since I have finally watched it, it’s safe to say that this satirical commentary on our society’s parasitic relationship with social media has become an instant favorite for me.

Ingrid Goes West follows the obsessive and chronically online Ingrid Thorburn as she decides to pack up her entire life to move to LA to attempt to become best friends with her favorite social media influencer Taylor Slone.

We watch as she makes several awkward attempts to catch Taylor’s attention and create a bond with her, however over time, these silly awkward moments turn into dangerous acts of stalking and manipulation.

One of the greatest aspects of the film is the brilliant and painfully awkward performance from Aubrey Plaza. Plaza is well known for her unique uncomfortable quirky humor and acting style. She shines as the character of Ingrid. Ingrid is someone who we can both relate with and pity but also be scared of because of how far she is willing to go to have a friendship with Taylor.

We’ve all seen someone we wanted to be friends with and work hard at obtaining that friendship. Ingrid’s problem is that she takes that normal desire for a friend to the dangerous extreme, and this is where the awkward humor comes from.

A second aspect of the film that fascinates me is director Matt Spicer’s decision to create such a unique tone of dark humor and satire. Stories like this have been done, most noticeably Netflix’s show You, but unlike other stories centering on an obsessive protagonist through a horror-inspired lens, Ingrid Goes West tells the story from a humorous perspective.

Ingrid cyberstalking Taylor, taking photos of her bathroom, and following her around LA is meant to be seen, taking photos of Taylor while she sleeps is at first, as weird, awkward, and yet cute and relatable to us in some abstract way. This movie is meant to act as an exaggeration of real-world situations and relationships.

More specifically, relationships that are both online and in person. The movie allows us to laugh at the absurdity of modern social media culture and each of the key characters is a critique of that.

The character of Ingrid is a commentary of how we can feel so connected with an online celebrity and social media influencer, but in actuality, it is only a one-sided relationship.

Taylor Slone and her artist boyfriend Ezra are both a critique on the LA influencer lifestyle, Taylor’s annoying brother Nicky is an exaggeration of the privileged, out of touch LA resident trope, and Dan, Ingrid’s Batman-obsessed neighbor, and love interest, is a critique of individuals who live only to consume pop culture and the mainstream media.

Each of these characters all manages to deliver the idea to the audience that an obsession with online life is both toxic and self-destructive.

One final I found interesting was the bleak ending. And more specifically, how it connects to the idea of the parasitic relationship we can have with social media.

After getting into an argument with Taylor after she discovered Ingrid’s obsession with her and kicking her out of her house party, a heartbroken Ingrid decides to take her own life. But before she can do so she films a confessional video describing her loneliness and mental health and posts it on Instagram.

It’s revealed that this post has become viral and Ingrid has become a social media icon for people feeling the same way she does. This ending made me feel conflicted on how to truly feel.

On one hand, Ingrid’s newly found fame online-only fuels her obsession and dependency with the online world even more. And won’t allow her to grow as a person. However, being able to become an influencer like Taylor allows her to gain a large amount of followers that she will obviously interpret as close, real-world friends. This will finally allow her to feel less alone in the world.