The Ginger And The Giant 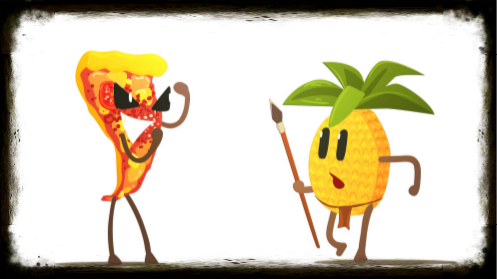 Once upon a time, there was a Ginger and a Giant. The Ginger was a vegetarian with righteous, auburn locks and the Giant was a beautiful meat-eater with long model-like legs. Both of these individuals worked for Mercy College’s newspaper: The Impact.

During a discussion regarding the Impact’s upcoming Friendsgiving celebration, a very important question was raised; the most important of them all, if you ask me.

”What toppings should we get on the pizza?”

Normally, this question wouldn’t be so difficult to answer, however, we aren’t dealing with the easiest bunch of people here. It took over 24-hours of heated group texts, yo mamma digs, and public surveys on several social media platforms before we even got close to making a decision.

Here’s how it happened:

We all shared in the group chat discussion regarding who was bringing what, what desserts we should have, and how many pizza pies we should order.

Then, someone asked the infamous question.

The Ginger entered the group chat and requested that one of the pies have pineapple on it.

The Giant responded, requesting that we get pepperoni on the pizza instead.

The Ginger jumped back in and exclaimed that no meat was to be had on the pizzas.

Well, that didn’t fly too well with the Giant, and all hell proceeded to break loose.

“Wtf you mean no meat?” raged the Giant.

Third parties stepped in and suggested that we order a pie with pineapple on one half and pepperoni on the other, this way everyone would be happy.

Well, what a mistake that was.

How dare we suggest putting pineapple pizza in the same box as pepperoni pizza, and vice versa?

That was the only time that the Ginger and the Giant agreed.

The next unknown amount of time was a blur. Comments were thrown about the group chat from every angle.

The people had gone mad.

“I come from poverty; people are dying! This doesn’t matter!”

“No, that’s a new type of evil, if you put pineapple on pizza. If you vote pineapple, you’re a sinner!”

“Call me Satan then!”

“You know who would like pineapple pizza? People in foreign countries with NO FOOD.”

“I’m getting angry about pineapple vs. pepperoni.”

“Pineapple does not belong on pizza. Disgusting.”

“People who don’t eat pineapple on their pizza are cowards!”

“Alright, so pineapple it is!”

Finally, after much bloodshed, the back and forth simmered down and the day had come to a close. Nothing was ever actually solved, so an executive decision had to be made by our one and only, stunningly-handsome, cartwheel-champion ruler.

Before we knew it, the Friendsgiving celebration was upon us.

We all filed in with our edible contributions in hand. Until the pizzas arrived, anticipation filled the room; the tension was thick enough to cut with a knife.

Three plain cheese pies, one pepperoni pie, and one pie with pineapple on one half and broccoli on the other saved the God-forsaken day. The stuffing of pizza into the mouths of the people silenced their opinionated outbursts.

The Ginger enjoyed his pineapple pizza, while the Giant enjoyed her pepperoni pizza (on opposite sides of the room, of course).

They realized that they were silly for allowing hanger to control their emotions. As soon as the pizza hit their bellies, all was right with the world again.

The moral of the story is that both the Ginger and the Giant were nuts because vegetable pizza is actually the very best pizza in the world. 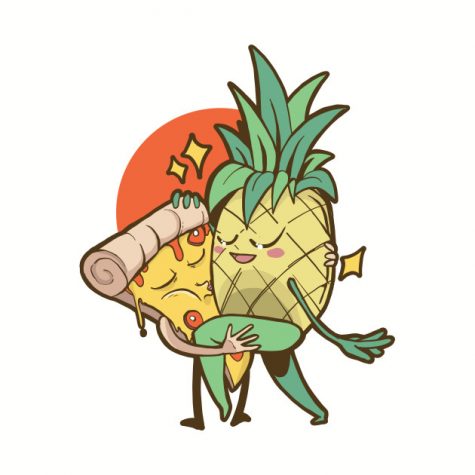