Yes, Virginia, There is STILL a Santa Claus 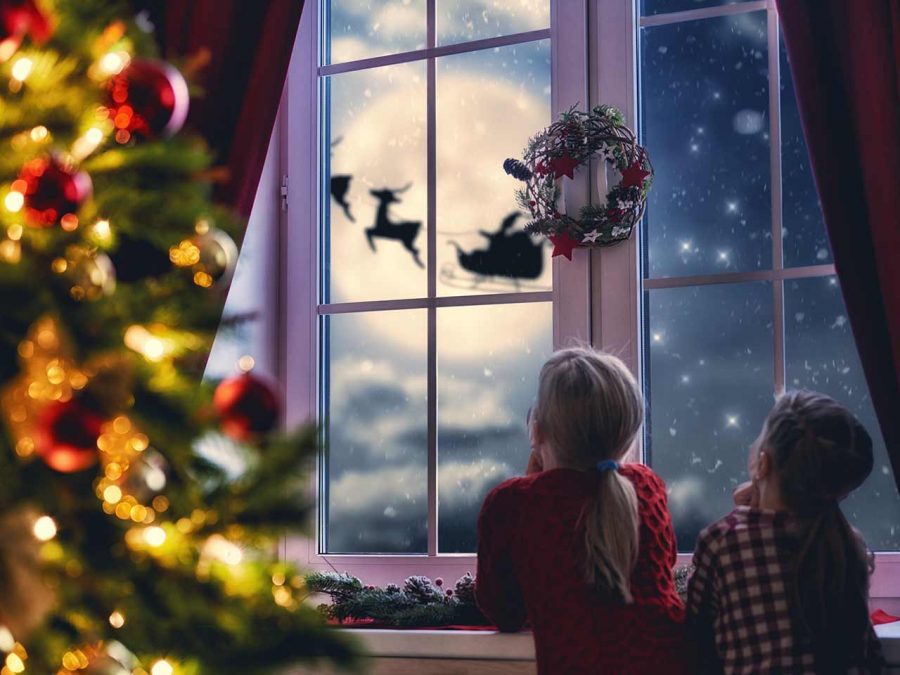 There once was a little girl named Virginia O’Hanlon who posed a very important question to the editor of the New York Sun.

“DEAR EDITOR: I am 8 years old.
Some of my little friends say there is no Santa Claus.
Papa says, ‘If you see it in THE SUN it’s so.’
Please tell me the truth; is there a Santa Claus?
VIRGINIA O’HANLON.
115 WEST NINETY-FIFTH STREET.”

It was the year 1897, and Francis P. Church wrote a wonderful column in response to young Virginia’s letter. 122 years later, his letter is the most reprinted newspaper editorial in history. Virginia’s story has since inspired books, music, and movies, all of which are treasured most during the Christmas season.

Rather than share the well-known response to Virginia’s letter, I figured I would answer her question again.

It is now the year 2019 and things are not what they used to be. The world has changed drastically since you were here. Technology was once this great thing of the future, but now it’s taken hold of people old and young. It has become bigger than all of us, and it’s scary.

Everything is at our fingertips as soon as we need or want for it. Some people have even lost the ability to be patient, loving, and kind. Crazy trends have taken flight, and not too many things remain sacred anymore.

Somewhere along the line, we’ve lost sight of the excitement that once was felt during the first snowfall of the season. A mockery has been made of the classic, romantic, joyous Christmas carols that used to innocently join people together. The image of the big man himself and the job he upholds has slowly been tattered and torn by the media we idolize. Children lose their Christmas spirit at younger ages than before, and elders take the easy route by allowing it.

In a world that seems to have very little magic left in it, I’m here to assure you that I do and will always believe in Santa Claus.

I’m certain that I’m not the only one, though we may be few.

Much like gravity, temperature, emotion, etc., magic doesn’t need to be seen in order for us to know it’s there. That won’t ever change.

No matter how old I get, my excitement never fades as Christmas nears. I guess I can thank my parents for never letting the magic die.

I was lucky to grow up with a family that instilled these values in us, my grandpa especially. Throughout all his years, no matter how old he got, he believed so strongly and held such a magic in his soul that he put everyone else to shame.

All those silly friends of mine would tell me that Santa Claus didn’t exist. But I fought them tooth and nail and felt sorry for them all the while. They weren’t fortunate like I was. They didn’t understand that Santa Claus wasn’t just a man in a red suit.

Santa Claus is way more than that.

He’s the cookie-baking tradition that gave me my love for being in the kitchen. He’s the sound of Nat King Cole’s voice heard on every radio station. He’s the beautiful array of decorations that my grandpa placed strategically on their lawn every winter. He’s the excitement that still awaits me when waking up on Christmas morning, and the serenity that fills the room while we read aloud from The Night Before Christmas on Christmas Eve.

If people don’t believe in Santa Claus, why I assume they must not believe in love, peace, joy, or anything else. I pity a life where those things don’t exist, and I’m thankful I’ve chosen to keep them around.

There is a Santa Claus. As long as we allow him into our hearts, no matter how old or how young we are, no matter how crazy this world gets, his magic will live forever.

It’s up to us to keep alive everything that makes Christmas so special.

Someday, when I have children of my own, I’ll make certain they never forget just how magical this life can really be.

Without that, what do we have to live for?