The Masters Tournament has Finally Arrived 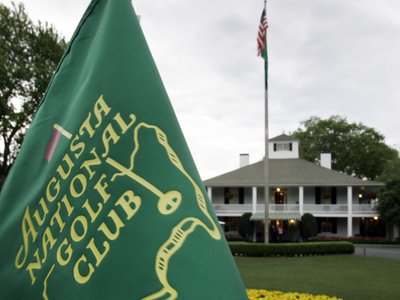 The November day the entire nation has been waiting for is finally almost here.

On Nov. 12th the 84th Masters Tournament will tee off seven months later than planned. The original April 9th start date was another of the hundreds of other events that were either pushed back or cancelled due to COVID-19.

This will undoubtedly be the strangest Masters in recent golf history due to the absence of fans and the shorter fall days.

It is difficult to imagine what Augusta National Golf Club will look and sound like without the 40,000 fans who line the entire course for the four-day tournament. The US Open gives us some indication but there’s nothing like the Masters. It has become the symbol of class and the tradition of the game that fans have come to love so much.

The most difficult logistical challenge for the tournament will be managing how to send off 96 golfers with the reduced daylight compared to its traditional April dates. According to Augusta.com the average amount of daylight during the April dates is 12 hours, 53 minutes compared to the November dates having average daylight of 10 hours and 27 minutes.

This means that the Masters will, unfortunately, have to use the two-tee start for the first two rounds of the tournament. This means golfers will begin going off the first and 10th tees at the same time. This is definitely the right decision despite the fact that golfers will hate and struggle to go off the 10th tee which is arguably the most challenging part of the course at Augusta.

This will definitely give an advantage to the veterans of the tournament now let’s take a look at who can actually win this event.

Most oddsmakers have fallen in love with Bryson DeChambeau at 17-2 to win his second major in Augusta. This would also be consecutive major wins following up his impressive US Open win at Winged Foot Golf Club earlier this year.

DeChambeau’s revolutionary concept of how to play the game could make waves at perhaps the most famous golf course in the world. His insane distance off the tee has to have him with a realistic scoring chance on most of the holes. I definitely would expect a high score from him but by the end of the Sunday, it may fall just short.

Justin Thomas has been a favorite choice of many at 12-1 to win at Augusta. He is arguably the most complete golfer in the entire world. He has yet to crack the top 10 in his Masters career, finishing with a career-high 12th last year.

He’s also looking to win his second major since taking home the PGA Championship in 2017. He’s come close a few times since then but has yet to bring it home the trophy. The 84th Masters is a great opportunity for Thomas to go back to the top of the golfing world.

It would be impossible to talk about the Masters without mentioning the five-time and defending Masters Champion Tiger Woods. Currently, Woods is sitting at 28-1 and as always drawing a lot of attention. Augusta has always seemed like a home course for the greatest golfer I have ever watched in my 21 years of existence.

For anyone to say he has absolutely no chance to just ignore history shows a lack of respect for Woods. He is still a good golfer after all he is the defending champion but this year might prove just a little too challenging.

The lack of consistency in playing week to week and the colder fall conditions I think will prove too much for him. I do expect him to make the weekend and post a respectable score but I wouldn’t expect him to contend by the end of Sunday.

Out of the entire field of the Masters I see one guy who Sunday evening will win the coveted Masters’ green jacket. Dustin Johnson is the number one ranked golfer in the world for a reason. He has had the best year of any golfer since returning from the suspension of play due to COVID-19.

Johnson himself is coming off a quarantine due to COVID-19 but I believe that is the break from golf he needed in order to get ready with two weeks to go till day one of the Masters. He will play this weekend which I expect to be a tune-up for Johnson.

His impressive 12 under round last Master was good for second place so it is only logical for him to jump up to the top spot this year.

My final prediction for what should be an exciting weekend of golf is Dustin Johnson wins at 14 under par to claim his first Masters and second major overall.