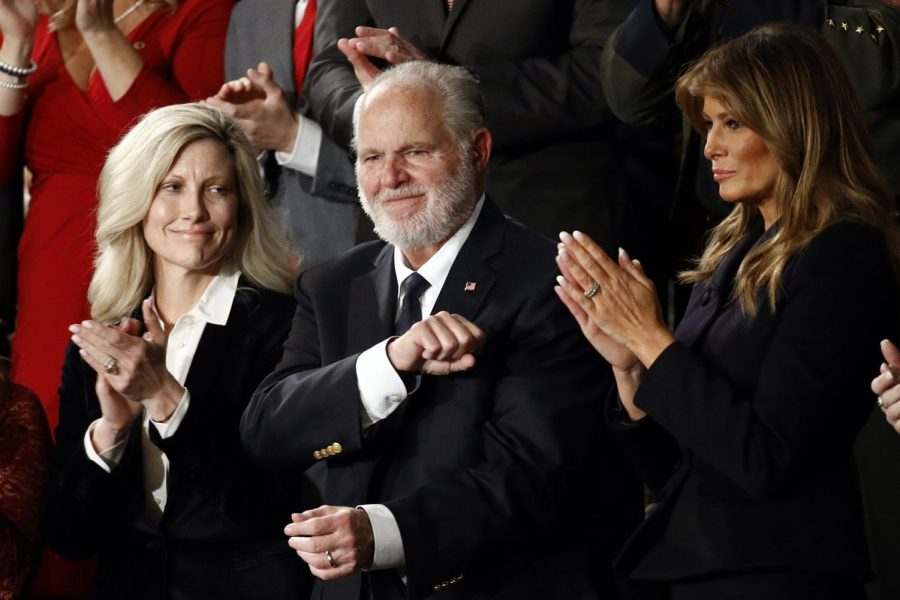 This is one of those moments where no words can express how important this man was to me or how he influenced the entire nation.

On Feb. 17, Rush Limbaugh passed away after a year-long battle against advanced-stage lung cancer. He was 70.

The first time I heard of Rush, I was in preschool. At that time, my grandfather would pick up my brother and me from school. On the radio would be the Rush Limbaugh Show.

At four years old, I had no idea what he was saying or what it meant. I didn’t even know who this guy was on the radio. I would hear his voice, he’d talk about issues that seemed important, and if these issues were not taken care of, we would be in trouble.

As I got older, I became fascinated with history and politics. Not only did I start to understand what Rush was saying, but I also agreed with him almost entirely. What this meant to me as a young conservative who believed in the silent majority was indescribable.

This man had an extraordinary position of influence. Rush was not just a voice in the conservative movement – he was the voice. As a strong fighter for Conservative values, which are the bedrock of this nation, he never gave up and fought to the end for them.

It’s amazing to look back on how a kid from Missouri, the son of a lawyer and World War II veteran, would become the most important voice in the history of the Conservative Movement.

Rush was a college dropout who gave up on radio for a time because it wasn’t working out for him. This led him to work for the Kansas City Royals where he became close with George Brett who would end up in the Hall of Fame.

Rush wasn’t just good at radio, he was the best. Estimates of about 15.5 million people listen to his show in a single week. That’s a ridiculous number and doesn’t even include the various other platforms where people, mainly younger people, listened to him.

Just think of the radio shows we listen to today. They are filled with music, sound bites, multiple hosts, and taking regular calls from listeners. At times, Rush would just talk. Sometimes for two to three hours on topics that his loyal listeners wanted him to discuss.

That’s a talent that very few will ever have and even fewer will master and become as successful as he did. That’s the most difficult part about losing Rush. Conservatives aren’t just losing a leader or voice or hero or an icon. We are losing an irreplaceable legend.

No matter who comes into that time slot or attempts to claim the void now left by Rush’s passing, they will never be enough.

Millions of conservatives were formed directly by him to aid in the conservative movement. His total contribution to this nation will never be known. We can only know how Rush directly impacted us personally, and what we can do now is continue the fight he led.

Rush didn’t sit back and watch others fight for the values he believed in. He stood up and led the fight from the front lines. This courage is what I think we need to focus on moving forward.

We can’t just throw in the towel and accept that we have lost someone we can never replace. This would go against honoring his tremendous legacy. We will have to be more vocal now more than ever. If we have any platform or influence, we must use it, even if that makes us uncomfortable and may be offensive.

This is war and our voice has fallen. Rush Limbaugh will never be forgotten and will always be on our minds and in our hearts. We will always continue the fight no matter what.

Finally, I’d like to say something I’ve previously written from another column I wrote this past December.

I just want to thank my grandfather…….Thank you for keeping the radio on.