The mosquito has perhaps the worst reputation of any creature that currently lives or buzzes on earth. Year after year, millions of people launch an all-out attack to kill as many mosquitos as possible so that they may have a nice summer barbeque on a warm July day.

Various devices and chemicals are used to aid in this assault on the mosquitos. Some are electrocuted, poisoned, or killed in one way or another.

It’s time to present the opposite side of this situation. I understand that most likely you already hate them, but I ask you to keep an open mind as we dive into the world of mosquitos.

Let me address where my appreciation for the mosquitoes originates. In the summer of 2019, I was a member of the 2019 West Nile Virus & Zika Virus Surveillance team run out of my alma mater, SUNY Orange.

I took this job solely for financial purposes with next to zero interest in learning anything about biology, viruses, or anything else it involved. I just saw $15 an hour and three-day weekends and said “sign me up.”

That being said, I had zero experience with anything I was going to be asked to do. They said that was no issue, so that was probably their first big mistake in terms of hiring.

My job was simple looking from the outside in. I was a field worker for the surveillance team. On Monday and Wednesday afternoons, I would set three different types of traps for mosquitoes. The following mornings I would go pick them up and bring them back to the lab.

Once back in the lab, we would freeze them to death with dry ice to preserve them for when we were organizing them into the different species of mosquitoes.

You may now be thinking that I’m a hypocrite for saying we should appreciate mosquitoes but then saying part of my job was freezing them to death. You would be correct but this is for science, so don’t dwell too much on that.

Once they had been in the freezer for one hour we would sort through them and separate mosquitos from other bugs. It’s a tragedy how many moths, flies, lightning bugs, and others gave their lives in the name of mosquito research.

This is when the fun would begin and you now have your pile of frozen and dead mosquitoes. I now would need to put them into smaller piles of each species of mosquito. At this point, I know more species of mosquito than probably 99 percent of all Americans. 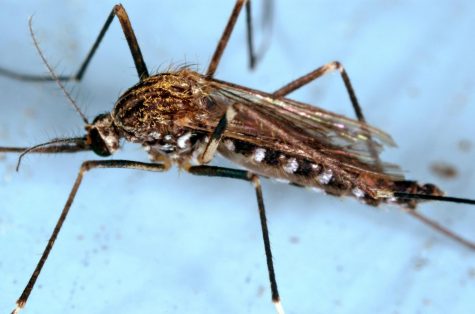 I can spot an Aedes Japonicus from 3-feet away. (I think?) That’s the fella to the right. Overall dozens of mosquitoes dwell amongst us in lower New York.

Now I could sit here and tell you about the Anopheles which are easily spotted due to their proboscis and palps being the same length. I could tell you to spot the difference in the silver spots between a Japonicus and a Triseriatus. I could further divide the groups between blooded, gravid, and non-fed mosquitoes. Gravid means pregnant with baby mosquitoes, blooded means they’ve fed on something or someone, and non-fed means they died hungry.

I won’t do that though. Mainly because that would take way too long. Around the world, there are several thousand species, and this isn’t a science research article.

I will however focus on two reasons why you should appreciate them more. 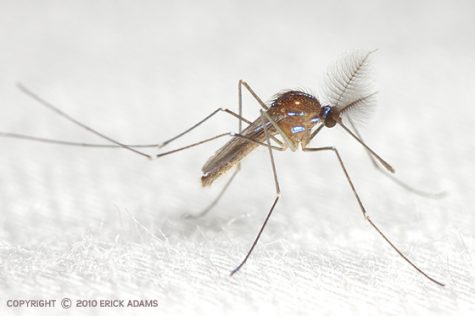 The first reason is they are insanely cool and fascinating how different each one of them is. The next fella pictured to the right of this paragraph is a Sapphirina. It is an absolutely stunning mosquito with very cool sapphire color spots. These are common throughout the Eastern United States as well.

Odds are someone reading this has killed one of them due to a lack of appreciation of their beauty.

The second reason is mosquitoes are helpful to the environment. They serve as pollinators to certain flowers and serve as food for many species such as birds and fish.

Some people will now bring up how mosquitoes are also carrying Malaria, Zika virus, West Nile Virus, and countless other viruses.

They will also mention how mosquitoes killed more people by transmitting diseases than any other creature in the world.

These are also people who tend to look at the negative side of life and during a pandemic, let’s focus on the good. A good way to that especially with warmer weather coming up is to appreciate everyone and everything a little more. The best way to start is with mosquitos.