Why I Attended The March For Life 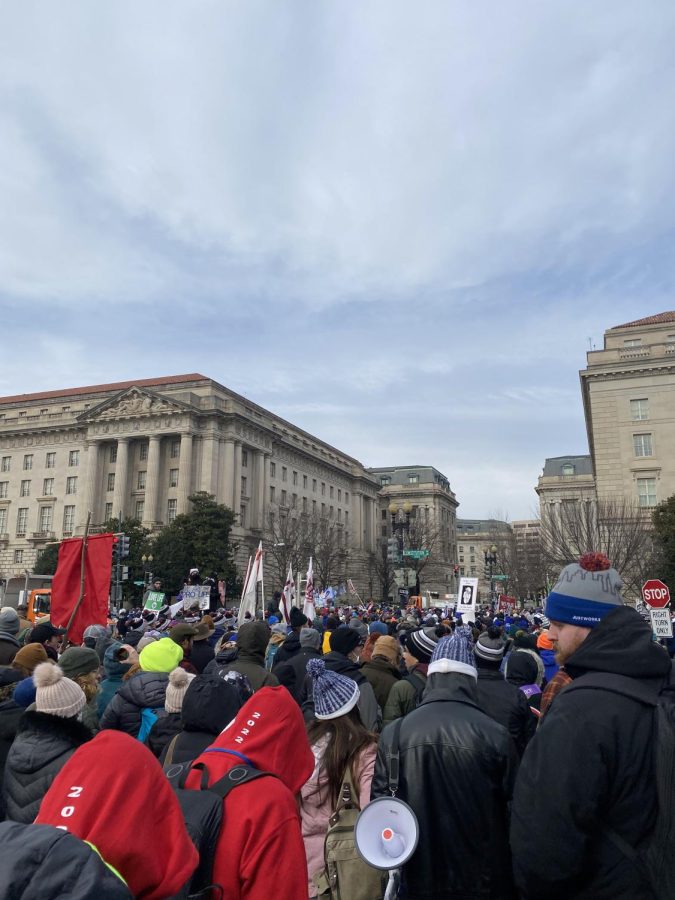 It was one day short of the 49th anniversary of the Roe v. Wade decision. Two good friends and I got up shortly after 2:00 a.m. to make our way to the bus, which would bring us down to Washington D.C. for the 2022 March for Life.

We never attended the National March before. I personally have been a long supporter of the March and local ones throughout New York state. I remember vividly growing up in Catholic school, going to Mass or praying in the church next door for those attending the March and for the legal protection of unborn children.

I even remember some of my classmates going throughout the years, but I always stayed back on that day. Doing as much as I could for the Pro-Life movement back home.

This year it had to change, however. For me, the Right to Life issue isn’t one you can set on the sidelines. You have to take action and not just talk about it.

I want to be clear here before going any further. The people who got up Friday morning went to Mass and prayed in their parishes all day did more for unborn children than any of the marchers did. The most important thing the group we went down there did that day was attending Mass celebrated by Cardinal Dolan and praying for the cause.

No one can ever convince me that humans can do something more powerful than pray. It can’t stop there, though. We can always do more.

That is why we decided to go; It is also why last year we were very let down when the 48th March For Life was canceled. Following the events of Jan. 6 and COVID-19 concerns, they moved it to a virtual event.

Thankfully, none of those issues were still a major concern for March this year, and we set off.

The bus ride down was as enjoyable as a five-plus hour ride can be. We could tell early on some of our fellow marchers never had to get up early in their lives and were rattled on the way down.

We arrived at St. Patrick’s Church a little before ten for our 10:30 a.m. Mass. It was special because it was attended by many of the Marchers who had made an early morning trek down from New York.

After the Mass, we got sensational scarves for the event from the Sisters of Life; They are an amazing group of sisters who have dedicated their lives to supporting the children and women who find themselves in situations in which they are considering abortion. It’s also nice to be around religious sisters who are my age; it is inspiring to see for young people.

We then proceeded to the National Mall, where the theme of young people continued. I was absolutely stunned walking amongst the crowd during the speeches and other activities. If you were 40 and over in the crowd, you were one of the older people. 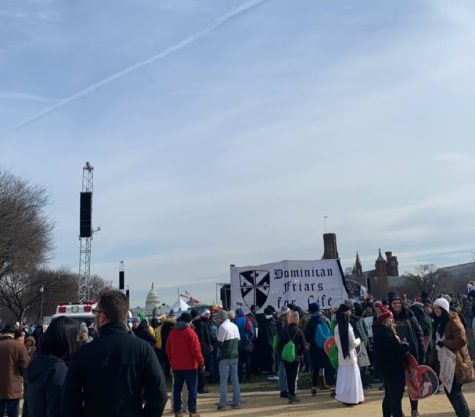 Being around a crowd so young gives hope that we may be heading to a future where abortion becomes unthinkable.

Another thing that surprised me was the overall feeling of hope and optimism throughout the crowd. From one viewpoint, we are there to remember all the millions of victims of the decision in Roe and all of the individuals who in some way have been hurt by it.

On the other hand, the cautious optimism surrounding the upcoming Supreme Court decision in Dobbs v. Jackson and the young crowd was inspiring. It shows that no matter what the legal status may be, the future is going to be set by those people there that day.

They aren’t just sitting back on the sideline. They have a strong important opinion, and they want the world to know.

Attending the March for Life was one of the most important events of my life, and I greatly look forward to attending again next year. Hopefully, in a post-Roe era.

To put it simply, the reason I attended the March, as one of the speakers said, is because “people’s lives matter.”