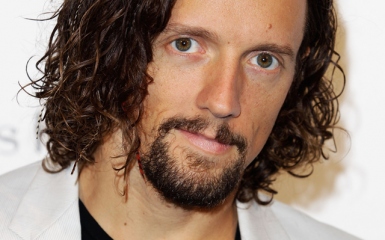 If you see your fellow neighbor is down or in need of a hand, then help pick him or her up and be a friend. Those were the kind words that ended an evening to inspire the audience at a Jason Mraz concert at Jones Beach the first weekend in September. Jason calls himself Mr. A to Z because he is all about the wordplay.

The way Jason puts his words together is very clever and his style is unique and profound. In my view, not many people can express themselves the way Mr. Mraz can. “It takes a crane to build a crane. It takes two floors to make a story. It takes an egg to make a hen. It takes a hen to make an egg.”  His words are very true but most of us would not see life that way until he pointed it out and it then becomes very clear for his listeners. His music has a wonderful balance that covers several different music genres and his lyrics tell beautiful stories. Some of his songs sound slow and peaceful while others have a faster dance beat where he is speaking his complex lyrics extremely fast almost like he is rapping but in his own style.

I discovered Jason Mraz with his first radio hit “The Remedy”. His four CD’s are getting more attention from music lovers who appreciate music that is an art form and a song that seems to take on a life of its own. It’s totally okay to be different because different is special and Jason Mraz proves that in his personality and actions. Poetry is in his blood and his extreme passion for life show in each and ever one of his songs. His new album that was released this past summer is a bit different than what his audience was used to hearing from him. Jason traveled down a path of peace, love and happiness to try to bring about a better tomorrow. His prior CDs had songs that showed more of his rock style and did not talk about giving back to the world but all his CDs do stick to one main theme and that is of relationships and the ups and downs they go through. His lyrics do not come printed inside his CDs so what you need to do is go on the Internet and print them out so you can sing along to his songs and you’ll get a much stronger concept of the message, thoughts and ideas he is describing and singing about.

His songs hit on all emotions and show that music really can be anything and it’s just about creating your own piece of art. Jason Mraz is a very open minded person and was on the June/July 2012 cover of NY Metrosource magazine and in the feature article. He came out that he supports same sex marriages and he is bisexual himself. He strives for everyone to be his or her own person. From really short hair and clean shaven to long hair and a goatee, you see that this man is beautifully versatile and portrays himself in such a way that people have grabbed onto. His concert surprisingly was not sold out with many seats open that should have been filled but still many do not know of Jason’s music and abilities. It’s almost like he is growing along with his fans.

While dancing in my seat at his concert I was happy to be there with my dad and family friend Matina and felt blessed. When we were leaving our blanket at Jones Beach to go to the concert, we got a scare when my father realized he left the there concert tickets home. Fortunately, the lady collecting the tickets was able to refer us to a woman who printed us out new tickets from the credit card information my dad used when buying them. I was nervous but I thought somehow Jason Mraz would not want us not to get to see his show and with only minutes of panic time before the concert we luckily had tickets in our hands.

Jason Mraz came out as bisexual this year and my dad came out as transgender this year too. Jason was not kidding with his words to be yourself, love yourself and if you do just that life is wonderful. Best said from our family friend Matina when she said Jason can sing anything and make it sound beautiful.  Even when he was just speaking to the audience, his voice sounded beautiful and this is coming from a lady who is very picky about the music she likes and listens to. Like Jason says our Matina was “Living In the Moment”. Easy and breezy with peace in her mind, with peace in her heart and peace in her soul. We were living in the moment except for my dad who had to videotape most of the show. Sorry, had to add that.

Jason in yet another song reminds his listeners that he is the “Geek in the Pink,” saying that it’s cool for a guy to wear the color pink thus embracing himself to not care what others say or think about him. This was the third concert of his that I attended and he still had never played that song. Oh well, he has come a long way with his overall attitude towards the way he wants others to think of him and that is as being a free spirit who will keep amazing his fans and those fans will hopefully inspire new fans. Each of his songs, no matter how simple, is a journey into another piece of the man behind the wordplay.

The video posted is of Jason Mraz talking about his CD “Love”  for Billboard.com with a Track-By-Track Commentary of each song on his CD. Excellent interview and a great way to see and get a feel for the man behind the music.