“Skyscraper” Song by the Recording Artist Demi Lovato – Stand Up Tall and do Not let Yourself Fall like a Building to the Ground. 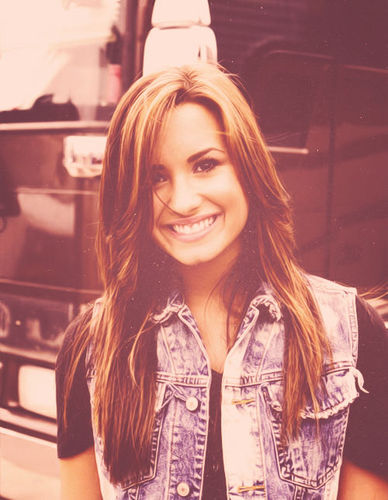 From a Disney tween star to a 20-year-old women, Demi Lovato has made a name for herself. She got her first big break in the hit Disney channel movie “Camp Rock” where she starred alongside the boy band, The Jonas Brothers. “Camp Rock” was successful because it was similar to another big Disney Channel movie hit “High School Musical”. Just like “High School Musical”, the movie “Camp Rock” came out with a sequel simply called “Camp Rock 2 – The Final Jam.” Demi Lovato also starred in the Disney Channel movie “Princess Protection Program” alongside another famous Disney star, Selena Gomez. Then she had her own series called “Sonny with a Chance” that now is off Disney Channel and has been canceled. However, even though Demi Lovato started out as an actress, she got her fame from her amazing singing talent.

Demi broke out from people associating her with Disney and she went mainstream with now three hit CDs. Her current radio single is called “Skyscraper”. The first time I heard it I was totally touched with the underlying message in the lyrics. “Skyscraper” is an extremely powerful song and Demi belts the lyrics out throughout the song, which gives the lyrics extra emphasis. Demi is telling people the pain that she is feeling and telling people that you do not have to feel that way. She is asking people why you have to make it like there is nothing left of her. She goes on saying that you can take everything from her but you are not going to make her crumble and fall down like a skyscraper building can fall. A skyscraper if crashed would make a big splat and she is saying that she is not going to splat to the ground like a skyscraper could. The image of a skyscraper building makes a significant impact and uses great imagery to help describe all the feelings she is trying to convey. She is saying that you can break everything she is, like she is made of glass and like she is made of paper. Glass and paper are two items that are very easy to break but a skyscraper is a building that takes extreme force to see crumble to the ground. It’s almost impossible to break down a skyscraper and this conveys that Demi is tough and she is not letting people hurt her emotionally and she will be rising from the ground. A skyscraper stands tall and Demi is standing tall and is telling others to have enough confidence in yourself to stand tall and not let others hurt you so badly that they break you inside. She wonders if it would upset the person who has hurt her to watch her while she bleeds because if not then she does not understand why they are hurting her in the first place. It is almost like the other person who is doing the hurting will get off from watching her suffer. Demi explains that all her windows are broken but she is so tough that she is still standing on her feet. She is trying to explain to her listeners that they can be this tough as well and stand up for themselves when necessary. Even if you take everything, she is not going to give up what she strongly believes in for anyone. Demi is not moving, she is going to stay right where she is and wait until the person hurting her disappears because they have to leave her alone at some point. She feels that she is closer to the clouds by standing tall and not looking down being scared. This song uses a lot of metaphors to describe a feeling that is natural to feel but it is how you deal with the pain that makes you the bigger and stronger person.

Towards the end of the song Demi lowers her voice tone to really make you understand that she is not going to let her pain control her life. Her life just like all of our lives is moving forward and does not stop for anyone and that is why she is so passionate when explaining what she is again conveying in this song. Demi Lovato has turned herself into a beautiful women who is now a judge on this season of the hit television show “The X-Factor” alongside Simon Cowell and Britney Spears. Demi wants all of us to feel beautiful inside too just like she is trying to feel. If you read the articles on her in the past few years you know that Demi has gone through a horrible breakdown and was in the hospital under major therapy care. As a result, Demi was away from the spotlight for over a year and that is why her Disney Channel show “Sonny with a Chance” got canceled and that is also why I think this song has great meaning for Demi. The song “Skyscraper” is her big come back into the limelight. Listen to “Skyscraper” and I hope it has as much power for you as it does for me. Maybe this song will wake you up and make you feel like you are not alone with your feelings and make you strong again if you are broken down inside. When you are crying the sky is crying too when it rains, so feel good about who you are because there is always tomorrow.

The first video is of the song “Skyscraper” with full caption lyrics. The second video is a live performance of Demi Lovato on “Dancing with the Stars.” The third video is another live performance of Demi Lovato at the ALMA Awards. The forth and last video is of a Youtube guy doing his rendition and excellent version of  the song “Skyscraper.” Watch and take a listen to all of these videos. 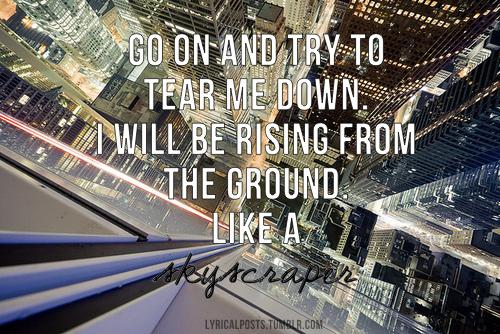 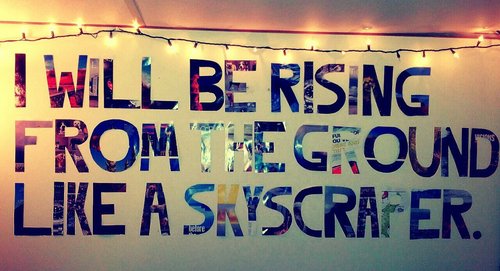 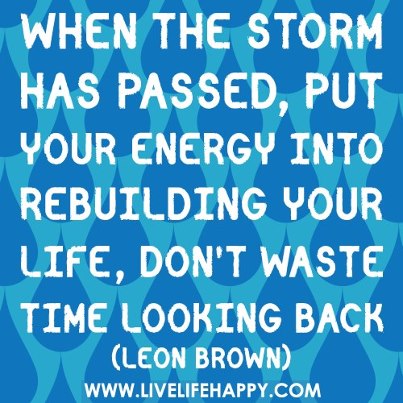 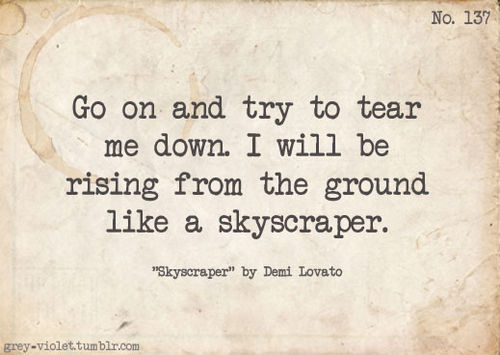 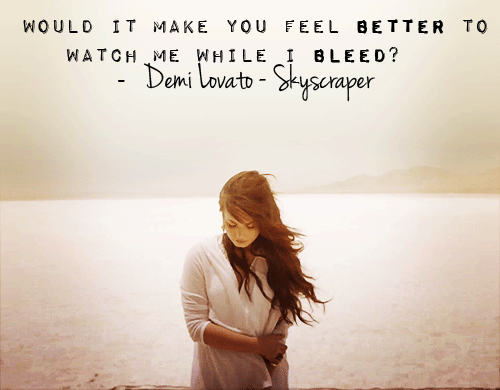 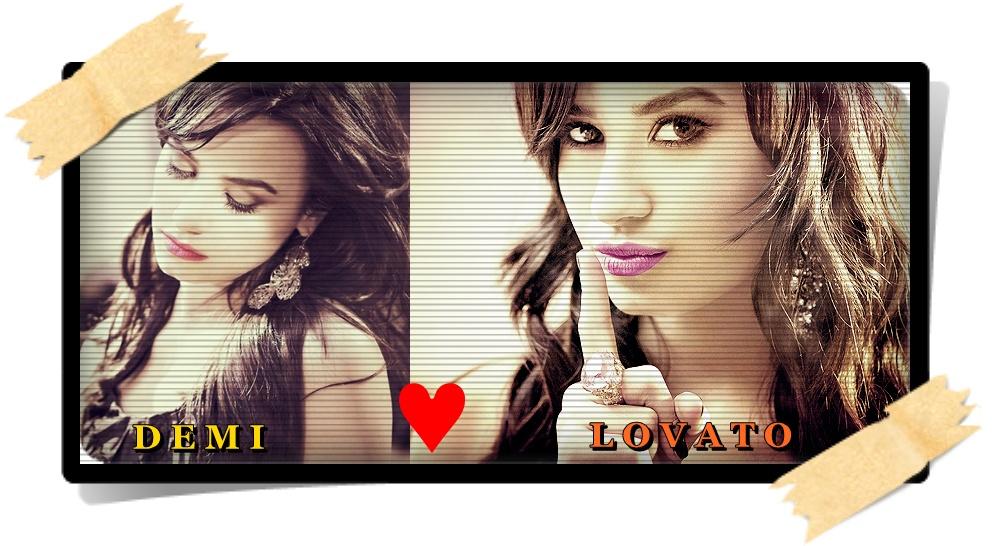 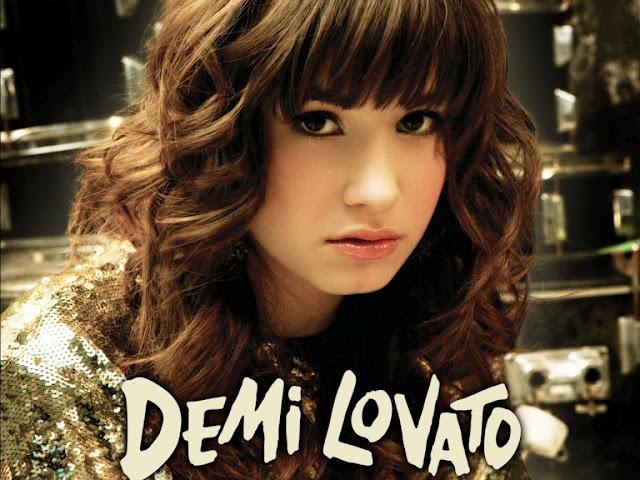 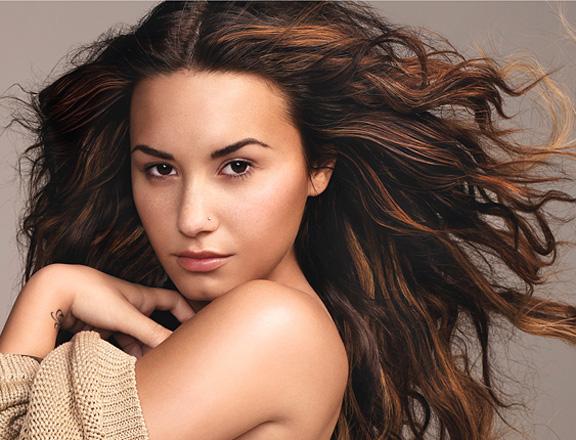 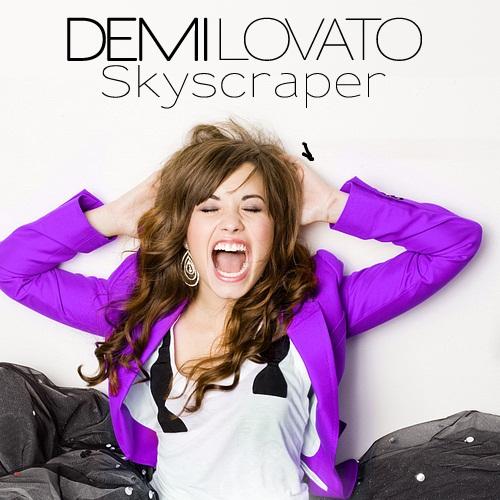 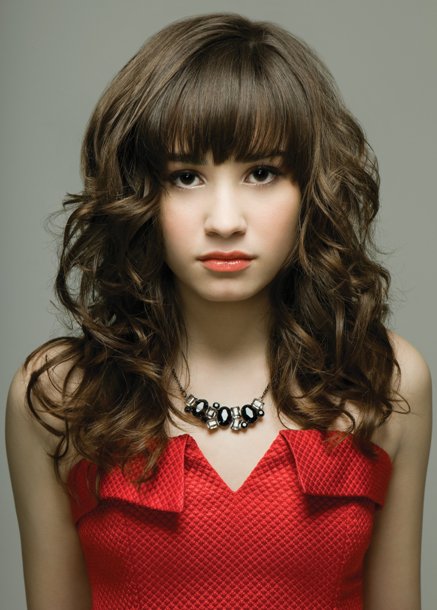 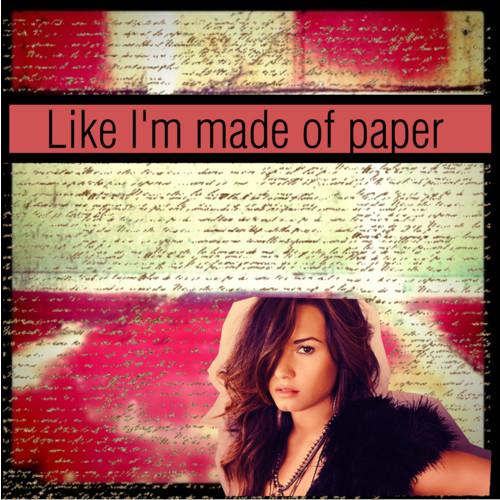 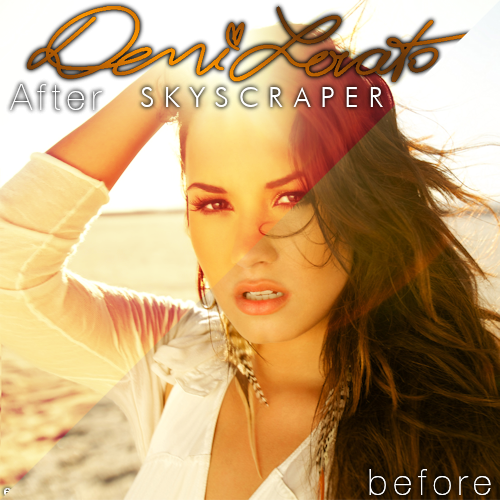 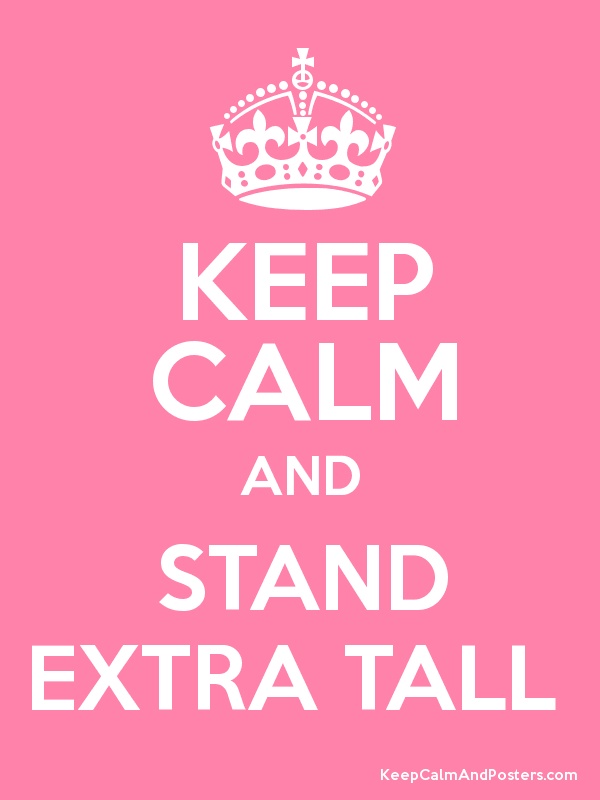 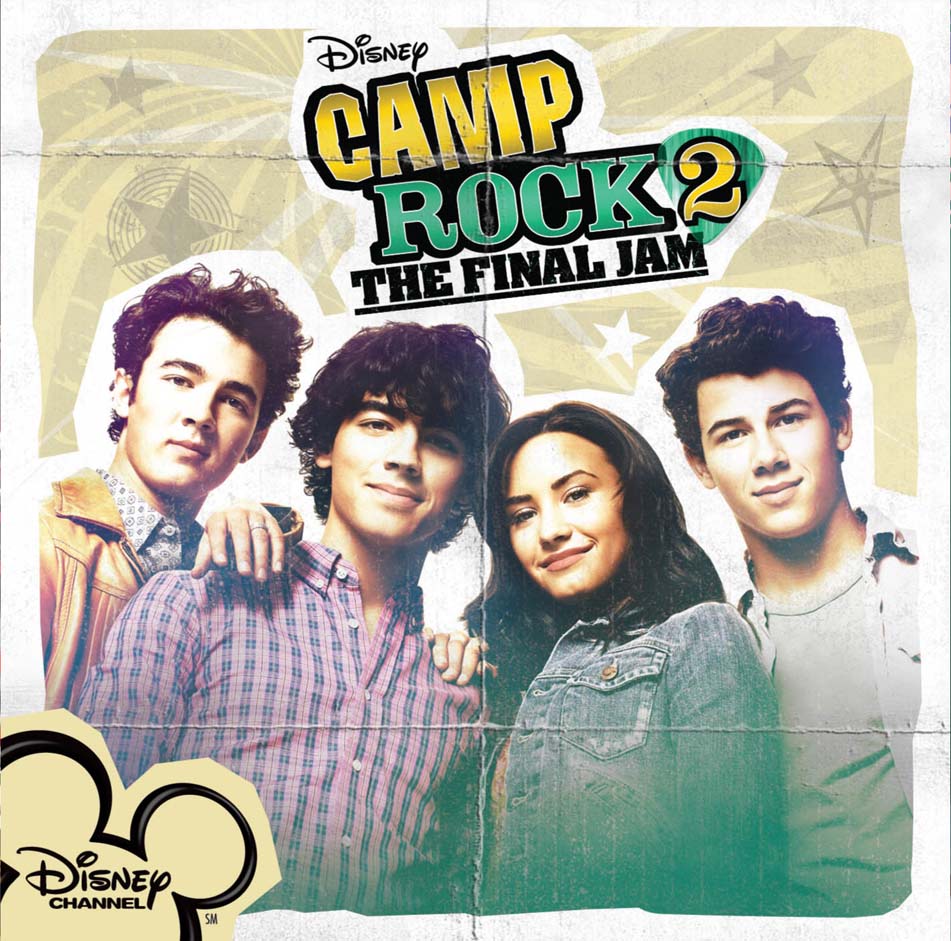