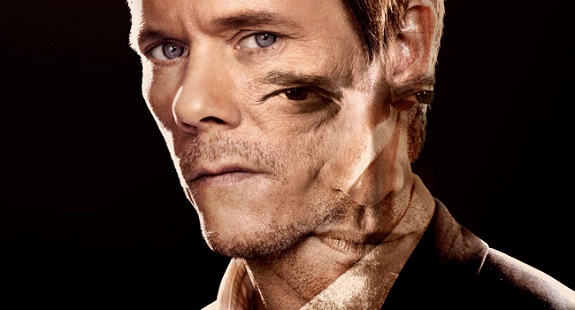 It certainly lived up to it’s bloodbath reputation.  Spoilers. Obviously.

I had no idea what I was expecting from the Season 2 finale of The Following, but I can definitely say that I was not left disappointed.

The episode started, almost ironically in a church, with a rather shocking death, which I don’t think many people were expecting, Fox’s generous use of the TV-14 rating, indicating the show is appropriate for those 14 and up, as opposed to the more restrictive TV-MA suggested right from the start that this episode was going to be filled with bloody violence. Shall I continue?

The ever so charismatic (and British might I add) Joe Carroll was in the driving seat at the beginning of the episode and as soon as he realised that his ex wife who hates him is in danger, then he puts hit faith in Ryan Hardy to go and save her. For the week prior to this I was wondering how Ryan was going to get out of the church and what Claire was going to do, and although this seemed like the only way, I’m pretty sure that the final few episode shouldn’t have revolved around Claire. 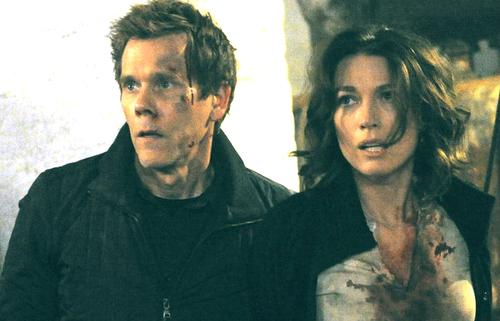 Although my heart was racing when she revealed to Ryan that she was alive and I was honestly initially rooting for Claire and Ryan to be together, but they are beyond damaged and staying together would only constantly remind them of the past. I’m glad that the writers made her a fighter, rather than someone who is just to be fought over. She didn’t let Emma win; she kicked Luke’s ass whilst escaping; and when Joe pleaded for her forgiveness, even with a knife at her throat, she stood her ground.

Claire would always see Joe Carroll whenever she looked at Ryan, no matter how much she loved him. And Ryan the same, whether he’s realized that or not. Claire is now safe and needs to take care of her child. Her child should be her first priority, not Ryan. I can now only hope that she is left out of season 3.

My favourite part of the episode was definitely the alone time between Joe and Ryan. It started when Ryan punched the camera and then Tilda and just felt more and more like a sit-com as the episode went on. Ryan just kept punching people and gave Joe the worst disguise in the history of television, walking past hundreds of FBI and NYPD officers. 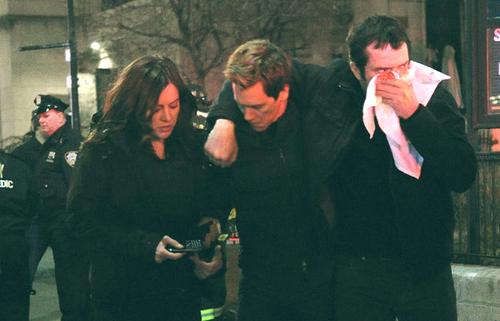 Sam Underwood definitely gave the best performance of the show with his portrayal of the psychotic twins, Mark and Luke. They way that they play off each other really makes you feel like they are twins and not just one person. The way that Luke acts is pure psycho, licking the blood from Claire’s neck and Mark, is more mentally psychotic, getting bursts of madness where he loses himself.
Underwood also gave one of the worst death scenes in the entire series, by crossing his eyes as he was shot in the head. Typical schoolboy error.

The biggest side story of the entire series was the sexual tension between Max and Mike. The writers had obviously been building up to this moment for the entire season and ‘finally’ gave viewers the satisfaction they had craved in the last 10 minutes.

The ending could have gone a number of different ways, but I’m happy with the one they chose. It was closure for Ryan, putting joe back into high security prison, knowing that he had loathed his time on death row. It was also closure for Mike, who had mercilessly killed Lily Grey in the previous episode.
The series was about the psychological pain on all of the main protagonists and how there are no good guys, everybody thinks they are the bad guy; some want to live forever as the bad guys, and some want redemption.
Ryan didn’t want Mike to turn out like him and I think the finale moments where Claire leaves and Mike and Max kiss was the best way to show that Mike is a better person than he thought.

As for Ryan Hardy, he still can’t sleep at night and now that season three has been confirmed, I’m sure he won’t be getting much shut eye, any time soon. 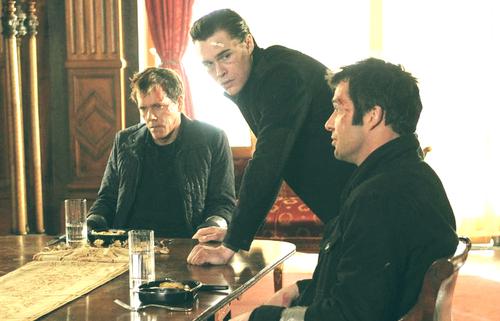