NHL Playoffs: Round 1 Concludes and Leads to Promising Conference Semi-Final 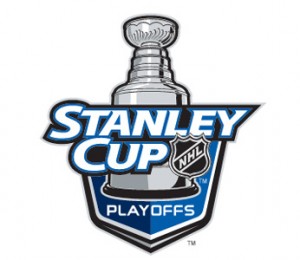 The Stanley Cup is the most coveted trophy in all of sports. Only a small percentage of players in the game’s history have ever had the privilege to hoist the cup over their head in triumph.   The journey to the cup is an unconceivable endeavor; the best teams lose, and even the best players can crumble under the immense pressure of the playoffs.

Perhaps it is what lies within the games nature that makes it so difficult, the brutality and relentless stress on the players bodies, seemingly miniscule battles that can change the outcome of a game, a series, the bad bounce that could make a team cower and the other rejoice.

While many people lack appreciation for hockey, it is equally cherished around the world. It is an exciting game, fast paced and is never void of action. Hockey is a game of strategy; resilience and it encapsulates the dire will to win.

On April 16th, the 2015 playoffs began, the riveting start to the most exciting time of year for any true hockey fan, the embark on the grueling expedition to the cup, divided into four rounds of best-of-seven series; at the end, only one team will be victorious and all others will perish in thought of how it could have ended differently.

As of April 29th, two weeks after the beginning of the playoffs, the first round has nearly come to an end. Where favorites have expired, underdogs have prevailed, raising question to who will take it all and reminding fans that anyone can win.

Of the upsets include that of the St. Louis Blues, a team who entered the playoffs with a first seed in the Western Conference but fell to the fourth seed Minnesota Wild, who will now face the threatening Chicago Blackhawks in the second round. The Blackhawks, ranked third, unexpectedly defeated the Nashville Predators, a team who was at one point ranked first in the entire league and entered the second seed in the Western Conference.

Though the Ottawa Senators barely made it into the playoffs, they were one of the hottest teams in the last month of the regular season out of all the teams in the entire NHL. Many people were rooting for them to eliminate the intimidating Montreal Canadiens, but ultimately fell short as their season was, in their eyes, prematurely ended. Though the Canadiens were ranked higher, the Ottawa loss still posed to be an upset.

Another upset was the elimination of the second ranked Vancouver Canucks as the third ranked Calgary Flames defeated them. Calgary will move on to play the Anaheim Ducks in the second round of the Western Conference semi-final.

While the higher ranked Washington Capitals prevailed over the New York Islanders, many people were seemingly rooting for the Islanders to win, as this would be their last season in the Nassau Coliseum, they will be moving to Barclay’s Center in Brooklyn next season.

Though there were some upsets, there were also some landslide victories. The Anaheim Ducks swept the Winnipeg Jets in four games. The Jets hadn’t been in the playoffs in twenty years, so despite the teams loss, it was a win for the city of Winnipeg as avid hockey fans congregated to cheer on their local team.

The New York Rangers also blew past their rival Pittsburgh Penguins in five games. The Rangers will go on to play the Washington Capitals in the Eastern Conference semi-final.

While much of the second round is set, there is still one game left of the first round. The Tampa Bay Lighting will play a game seven against the Detroit Red Wings on April 30th. Though the series has been played close, the Red Wings will be forced to play the final game without their arguably best defenseman Niklas Kronwall as he was suspended for a vicious hit in game six of the series. The winner of the series will move on to play the Canadiens.

The NHL playoffs unquestionably intensify as the amount of teams lessen and remaining teams come closer and closer to the cup, promising that the second round will provide as much to talk about as the first.