Lion King On Broadway A Spectacle 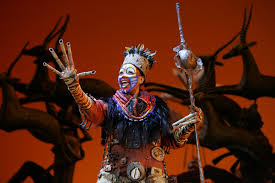 The minute you stroll through the gold doors on the 42nd Street’s Minskoff Theatre, walk up the stairs, find your seat while the music begins as the curtains open to Circle of Life, with life-sized animated animals crowding on a stage, a flashback to one of your favorite childhood movies comes to life.

For the next two hours and forty-five minutes, you’re a child all over again.

This broadway performance is true to the actual 1994 Disney animated story plot that many already know. The young lion cub, Simba, who is the heir to his father Mufasa’s throne, becomes the target of his father’s evil brother, Scar. When Scar murders Mufasa, he convinces the vulnerable Simba that it is he who is responsible for his father’s death, which forces him to exile in a forest, where he later comes to terms with his inner self and is ready to reclaim the throne that was rightfully his.

The stage opens with the beautiful African sunrise in the background, with animals running and gathering around all happy and free; then suddenly the stage rises to act as the rock that Rafiki, the baboon, holds baby Simba on in the animated film. The opening scene truly brought the movie to life.

Having a young boy to portray the young lion cubs, Simba and Nala, and then changing it to an older man to show the change that the lions go through, was a great idea.

The well known “The Lion Sleeps Tonight,” by Timon and Pumbaa will make you want to shout and dance to the lyrics, while still sitting in your seat as the performance goes on. The exception with this number is that there wasn’t much emphasis by the two that played Timon and Pumbaa. The production should have showcased their talents more.

The broadway performance improves nearly every aspect of the animated film through the performance and the animal costumes that were extremely colorful and vibrant. The lions wore a mask. The lionesses wore what looked like a onesie. The use of life-sized animal representations along with humans to run with the animals was flawless in choreography. Everyone was in sync throughout the entire performance.

Not only does this performance improve the animated film through the storytelling and the visuals, but also through the music. It incorporates an African motif that was missing in the film, not only because the majority of the cast is African-American, but by the new and greatly Africanized pop versions of Elton John’s songs. The orchestrated music is also something that’ll make you instantly sing along without realizing and keep you well entertained.

The actor who played Zazu completely manipulated a puppet at his side while doing his part in the play. He managed to make both parts of his divided self into one complete character. The part of the baboon, Rafiki, portrayed a great amount of energy on the stage that will make you want to get up and dance along at your seat. Timon and Pumbaa may be funny in the animated film, but once they bring it to life in this broadway play, you won’t be able to control your laughter.

The film’s best-known song, “Hakuna Matata,” surprisingly lacked its spark. There was no life to it as there is in the animated film, which made the number disappointing. And the performer who played the meerkat, Timon, dressed in all green from head to toe with a puppet of the character attached to him, looked out of place. When he walked in front of a white or black background, he looked out of place. The only time he didn’t look out of place was when he lay down, blending in with the grass. Also, Scar’s character wasn’t evil or manipulative enough, unlike his representation in the animated film.

When going to see this broadway version, it’s definitely best to keep an open mind. Don’t have thoughts that will cloud judgement. Because when you keep an open mind, you will see that it is enjoyable from beginning to end.

The minute the lights turn on and the audience applauds, the Lion King’s story is told. And once you walk out of the Minskoff Theatre and onto 42nd Street, you are back to the present day 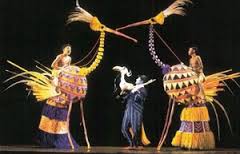 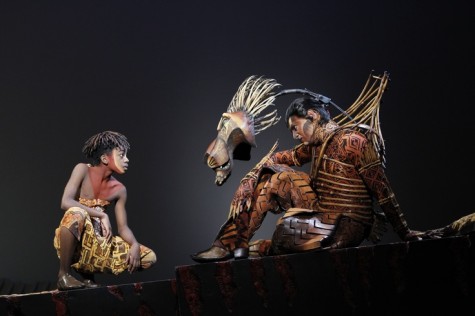 , with a reminiscence of your childhood Disney classic that is now an instant theatre classic.

The Lion King is highly recommended to anyone who has never seen a broadway play before or is a big fan of the animated film.