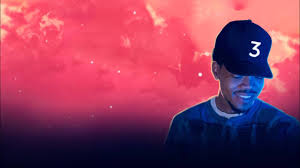 Early this year, the internet was ablaze with “Blame Chance” memes for delaying the release of Kanye West’s album because Chance was still tinkering with one his verses. When the verse on Kanye’s album opener “Ultralight Beams” was finally unleashed on the world, it sounded like a crystal clear declaration: “This is my part / Nobody else speak.” On Coloring Book, Lil Chano from 79th releases his first full length solo project since 2013’s Acid Rap and continues his thesis statement from “Ultralight Beam”.

Coloring Book, formerly known as Chance 3, demonstrates just how perfectly entrenched Chance is with his sound and himself despite being only 23 and relatively new to the hip-hop game. He’s unafraid to recall his roots from the Southside of Chicago. He’s unafraid to rap about his love for God. And perhaps most importantly, he’s unafraid to be happy. What separates Chance from his contemporaries is his pure, but not naive jubilance for life. He is concerned with presenting the image of a black man who works, dances, raps, sings, lives, and loves on his own terms.

In the short time that Chance has been in the industry, it’s a testament to his talent that he’s gathered such a laundry list of collaborators from the obvious Kanye feature to guest spots from Lil Wayne, Young Thug, Justin Bieber, Future, “My cousin Nicole”, and many more. Some work better than others, but none of the featured players distract from our protagonist, Chance, who is in pristine rap form. He’s manages to reference a D-list Harry Potter character (Peter Pettigrew) in a song where he’s denouncing the devil with a pesticide all in a single breath. He goes on to make three other Harry Potter references throughout the course of the album and each are given an appropriate amount of vocal flare.

The album’s lead single “Angels (feat. Saba)” is the song you play when you want to introduce people to Chance for the first time. It has all of the elements that makes Chance enjoyable: a breezy summer beat, clever wordplay, discussions of masculinity, pride for Chicago, and those signature Donnie Trumpet horns. Chance proudly proclaims “You can keep the nose ring / I don’t have to soul search” and announces a confident, complete whole, rather than the semblance of one or a fake persona like so many of his contemporaries. The track appears directly in the middle of the album and works as a climatic midpoint.

Chance creates four out of the 14 tracks on this album as primarily gospel songs, complete with church organs, the Chicago Children’s Choir, and vocals from his ridiculously talented cousin Nicole. And there’s something to be said about Chance being one of the few hip-hop artists who embraces God and his roots in a way that doesn’t feel inflammatory or makes him out to be a victim.

Elsewhere, standouts like “No Problem” and “All Night” are songs to play at your next cookout. “No Problem” is a triumphant “heads up” to industry folks who aren’t happy with his methods of releasing his music for free and rejecting the norms of traditional album release cycles. When he chants “If one more label try to stop me” you can’t help but smile and think about how proud you are and how far he’s come. “All Night” is an ode to Chicago deep house music, that on the surfaces feels like a typical banger. The chorus sung by Knox Fortune repeats a refrain about drinking, but Chance’s verses discuss being hounded by groupies and fake friends, but in a way that feels youthful and refreshing.

If Coloring Book were lined up with the other high profile hip-hop releases of the year thus far (Drake’s VIEWS and Kanye’s The Life of Pablo), it is far and away the best of the three. Chance’s power lies in being different. He doesn’t care to make songs disrespecting or generalizing women like his contemporaries, but rather honoring the roles they play in his life. He doesn’t care to make songs glamourizing violence of any kind, but rather celebrate the culture of his hometown. He has no interest in being part of any labels, but rather create music he loves with people he respects. Coloring Book is a major step into the future for Chance. He remains one of the few undeniably bright spots in hip-hop, and this is his moment. Nobody else speak.