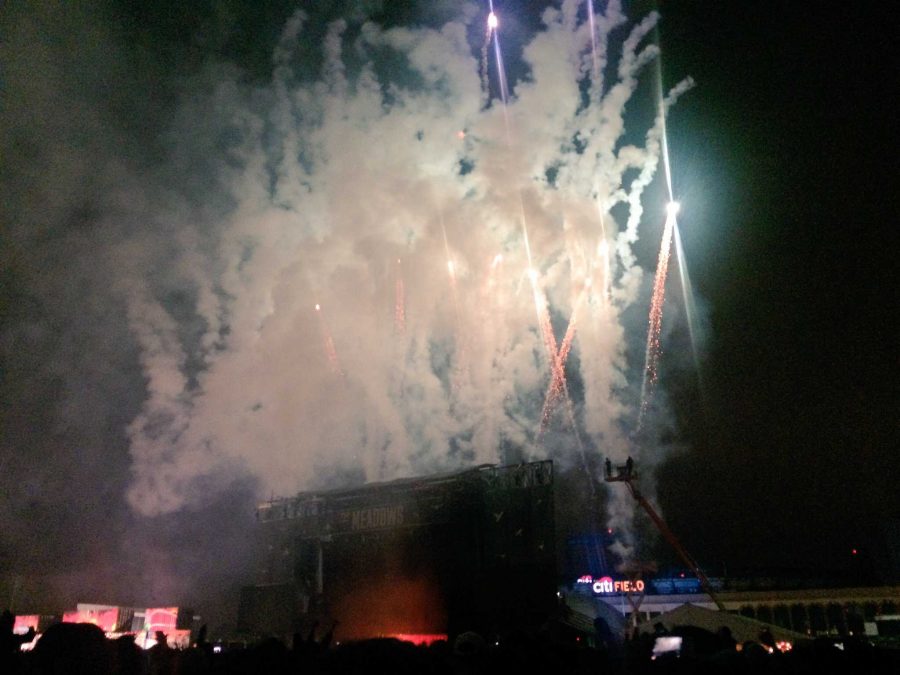 On Oct. 2, hordes of music fans descended the steps of the Willets Point 7 train station in Queens, heading towards the Meadows Music and Arts Festival.

Boasting big, mainstream headliners like Kanye West, Chance the Rapper, the Weeknd, J. Cole, and more, New Yorkers as well as bridge-and-tunnelers from the tri-state area came flocking to this oft-neglected borough.

The festival, brought to life by Founder’s Entertainment (promoters of Governor’s Ball, New York City’s main summer festival) had faced a series of scheduling hiccups prior to the actual event date.

Main headliner for day one of the fest, the Weeknd, reportedly had to cancel his appearance due to a scheduling conflict he had with Saturday Night Live that same night. The Meadows’ social media team announced to fans that he would not be performing, then later retracted their statement saying he would perform at an earlier time slot, with J. Cole as the new headliner. The Meadows’ team had to further correct this statement when the Weeknd informed them that curfew policies for SNL would definitely prevent him from performing.

Nonetheless, once the final lineup was confirmed, it was show time for Queens’ newest music festival.

Eager attendees arrived at the gates well before the 12 p.m. opening time. A quick survey of the crowd revealed most of the General Admission line to be on the younger side. Packs of high school kids chatted loudly, pausing only to erupt into a spirited, albeit irritating, “Let us in!” chant.

Once inside the gates, patrons were greeted by a sprawling mass of asphalt. The actual location of the fest, contrary to promotional material, was the parking lot of Mets Citi Field Stadium.

The perimeter of the fest was lined with local NYC food vendors ranging from Ramen Burger to the Spaghetti Incident, and various tents for libations like the Bud Light beer garden and Tito’s Handmade vodka bar.

First up on the main stage for Sunday was rising indie folk star, Zella Day. After an impressive summer tour circuit including Coachella, Bumbershoot and Music Midtown, the 21-year-old Arizona native took to the East Coast stage.

Opening with fan favorites like Hypnotic, Sweet Ophelia and Mustang Kids, Day pranced around the stage donned in a full-length black velvet dress adorned with a feather accent and leather jacket. Her long, curly blonde locks took flight as she spun and danced from one side of the stage to the other.

Towards the middle of her set, she ditched the jacket, picked up a massive white electric guitar and announced she’d be singing a new song. The crowd swayed along as Day crooned out the new tunes, but the real highlight of her set was still to come.

Day called out a group of people sitting down in the middle of the crowd and teased, “I can’t do this next song until that group over there stands. Everybody stand up!”

The crowd began chanting, and the chorus of cheers reached a crescendo as Day and her band began to strum the opening chords of Fleetwood Mac’s “Rhiannon.” Belting out the iconic lyrics, it was clear the influence Stevie Knicks’ has had on the young artist’s career.

The rest of the day kept the high of Zella Day’s performance going with highlights like Charles Bradley’s soulful set, Robert Delong’s quirky, upbeat stage presence and Mac Miller’s debut of new material off of his latest project, The Divine Feminine.

The end of the night, however, brought the most anticipated performances.

Chance, the Rapper, brought his Magnificent Coloring World Tour to Queens and had the whole crowd feeling the positive vibes.

Joined by his band of Muppet-like mascots, the entire set felt like a sweet trip back into the innocent world of Mr. Rogers’ Land of Make-Believe. Carlos, a lion-like character, interjected throughout Chance’s set, urging him periodically to transition to newer songs.

Chance kept the good vibes rolling as he powered through gospel-influenced tracks like Angels, Blessings, and his verse on headliner and mentor Kanye West’s track Ultralight Beam.

Chance closed out the show with Blessings (Reprise) and preached his own personal gospel message to the mass of bodies that stretched out in front of him.

With horn player Donnie Trumpet’s assistance, Chance promised the crowd in singspeak, “Your real blessings aren’t here, but it’s coming to you. Ain’t on no album, but it’s coming.”

A blast of multicolored confetti shot out and descended down into the crowd as he finished out the remaining verses of Blessings (Reprise) and the crowd was left feeling inspired.

As if Chance’s performance wasn’t enough of a finale to day two of the festival, one last performer was set to take the main stage.

After about an hour of being jammed inside a sea of reckless Kanye fans, all pushing and shoving, to make sure they were as close to the stage as humanly possible, an elevated platform illuminated with amber lights lit up on stage.

The eruption of shrieks and cheers that followed was deafening.

Ditching his signature gimmick of performing on top of the elevated stage as was standard at his previous stops on the Pablo Tour, West stayed on the stage, closer to the fans, with the elevated light structure above him.

Fireworks soared into the sky above the main stage as fans below lost their collective minds to Pt. 2 off of West’s most recent project “The Life of Pablo.”

The set that followed was a whirlwind of a journey through West’s career, with standout tracks from significant Kanye eras and albums.

The crowd rapped along fervently to new hits Famous, Highlights, and Freestyle 4, as well as older tracks and collaborations like Blood on the Leaves, THat Part, and Power.

It was about half a minute into popular single Heartless off West’s 808’s and Heartbreak album that the music abruptly cut out. West announced, “I’m sorry family emergency, we gotta stop the show.”

The bewildered crowd was left confused and skeptical. Many thought it was simply a stunt.

Festival coordinators promptly came out and announced that it was not in fact a stunt, and that the show was over.

News would later break of West’s wife, Kim Kardashian West, being robbed at gunpoint in Paris.

Although the show was cut short and many felt cheated out of the full experience of a Kanye concert, West’s set had gone on for an impressive twenty-two songs.

Overall, the Meadows Music & Arts Festival’s inaugural year had its fair share of speed bumps. But show runners fulfilled their main obligation to fans of bringing a stellar lineup of relevant musicians to New York City.

Here’s hoping that next year’s lineup is just as enticing and things run a little more smoothly.