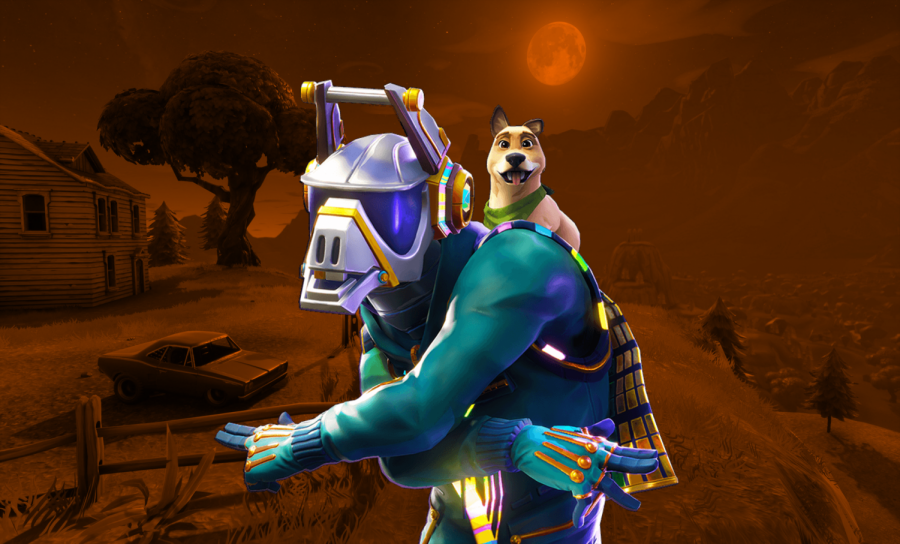 The battlefield has told many stories — perhaps it even tells humanity’s story.

Whether it was Alexander the Great’s Macedon, Julius Caesar’s Rome, or Genghis Khan’s Mongolia, someone can define the world through military conflict most times. From rocks, to swords, to guns, to bombs, combat is in a never-ending evolution. 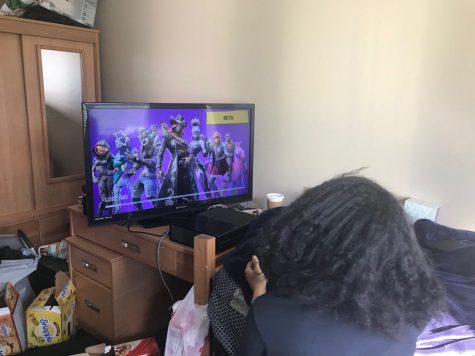 But in this continued change, society may have reached its peak, and you can play it on your Xbox, PlayStation, or PC.

Fortnite: Battle Royale has been a phenomenon since its release 13 months ago. What started off as an addition to a larger project has turned into a cultural mainstay in not only gaming, but in society.

The game takes a user and 99 other players and throws him or her onto an island full of resources and weapons. From there, it’s up to the player, either by themselves or with friends, to build and fight until there is only one player or team  emaining.

This simple concept isn’t unique, with it being originated by WWE, cinema, and even other video games. But as Pablo Picasso (supposedly) once said, “Good artists copy. Great artists steal.”

For Epic Games, they took this idea and turn it into a gaming and financial goldmine.

With the game hitting $300 million on IOS alone after only 200 days of being available to the public, the profitability of the free to play game is nothing short of magnificent. But more notably, brilliant.

Despite Epic Games only having an $825 million valuation in 2012, it has risen all the way to $8 billion from Bloomberg this previous July.

With help from Mercy Students, Paul Guignardi, better known by his YouTube persona, “VidKid428,” where he has nearly 10,000 subscribers through his gaming, comedy, and live streaming content and Brett “Bread” Dawson, a representative of Mercy’s Gaming and Anime Club, the story of Fortnite’s success quickly becomes more clear.

For Guignardi, the biggest root of Fortnite’s rise to fame doesn’t lie within its intense gameplay or unique setting. Instead, it’s due to something simpler.

While the statement isn’t groundbreaking or clever, it’s only because it doesn’t need to be. Fortnite’s greatest strength over its competitors during its release back in September 2017 and now in October 2018 does often come back to its free price.

The game is accessible for anyone, regardless of platform or income. With it being available on mobile, Xbox, PlayStation, Switch, computer, and more, it’s almost difficult to not own a console in which Fortnite can be played on. This theme of the game’s equity becomes a common idea when looking at why it’s so popular and successful.

The game also offers a Battle Pass after every in-game season. What this offers isn’t free weapons or boosts to make you play better, but instead it offers cosmetics, taunts, and other items. But this option is purely optional. This allows for players, whether they put no money into the game or $1,000, to have an equal chance of winning.

But there are thousands of games at this second that are free, so what exactly makes Fortnite so special over the others? The developing studio, Epic Games, has consistently shown that if you put love and effort into your product, the fans will give all of that right back.

With patches being implemented every week to fix, tweak, add, and remove whatever is in the game’s way, Epic Games has given fans of the product a reason to check what’s new within the game every single week. This can be new guns, outfits, or game modes.

Despite having an active and caring developer, sometimes one needs more than that to get a game off of the ground and into mainstream success. For Fortnite, the internet has been the greatest community manager the game could ever ask for.

Whether one is on YouTube, Twitter, Instagram, Snapchat, or any other social media platform, it’s impossible to avoid the game. But no other website could have allowed for the game to become as big as it has more than Twitch.

Twitch allows for gamers to stream their gameplay live to other viewers and interact with them while playing their favorite games. Ever since Fortnite’s Battle Royale release, the game has dominated the viewership charts.

Dawson attributed this to the game’s rise, but according to him, the internet may have done more than many credits it for, “In my opinion, it’s not the actual game or its advertisement on the internet that brought it to fame. I feel like it’s more of the culture it’s brought to the internet and how others perceived it.”

“It’s more of the joke that the community of Fortnite is perceived as a game played by middle schoolers. Its popular dances have been used in various situations, whether it’s ironic, serious or inappropriate and, of course, memes on the internet. It’s become a joke and it rolls with it.”

This “memeification” of Fortnite, as stupid as it sounds, as arguably just as important as anything already mentioned. Despite the bizarre humor, it has spread the game to a concept only gamers know to something that everyone knows.

“College kids are a huge audience; it’s free so they all have access to it. And broke kids don’t want to buy games, it’s multiplayer and free. It’s the perfect combination!”

“Like PUBG, CoD, and any multiplayer game, it’s a game used to casually play with friends in a four-man group, so friends in college, high school, and any age group or clique can get together and play it while telling funny stories or have funny moments within the game. It’s a good way to relax and chill with others or even make new friends online.”

What both (Guignardi and Dawson, respectively,) are saying is the same reason one joins a club or any other activity on at college: to make friends. The reality of campuses all over the country is that its people that are thrown together who don’t know each other being forced to live and interact.

Video games are a way for people to avoid just that stress and also have fun while meeting new people. Anyone can buy it, anyone can play it, and regardless of what platform one owns it on, one can play with people on other consoles. While video games in 2018 try to allow for players to be separated through micro-transactions and playtime, Fortnite is rewarding players for just playing the game.

But with all popular things, controversy shortly follows. With the game having a platform that allows anyone to access it, it’s usually a matter of time before children get their hands on it, and they have made their mark.

With stories that include children getting violent toward their parents due to time being pulled away from the game, along with the game itself possibly misleading children about violence due to its lack of blood, it has stirred up a great deal of controversy. 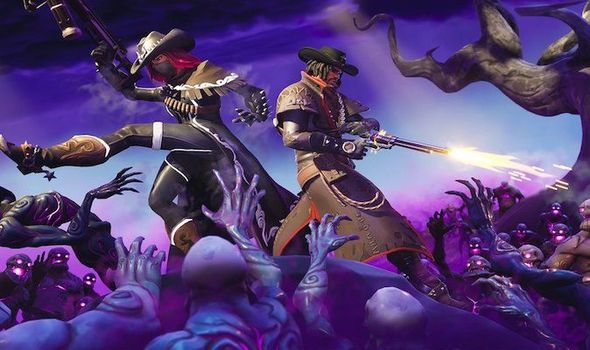 For Guigradni, he offers tips for parents and gamers to avoid these issues, “Parents should monitor youngers kids as they can’t make the decision to stop on their own. Anyone younger than 12 should always have a parent supervising activities like gaming. Anything is dangerous if done or used too much, so it comes down to making sure your life is not just playing video games. Take a break, go outside for a few, walk around.”

But the fact that Fortnite has even become a common topic and news and talk shows can convey its popularity, but the influence it has had on gaming tells the story of its legacy.

Although unknown to many who aren’t familiar with gaming news and history, Fortnite was actually not the first game to kick off the “Battle Royale Craze” as PlayerUnknown’s Battlegrounds, which was released in March of 2017, nearly six months before Fortnite added its own name into the Battle Royale market, was the game that sent the genre into the mainstream for gaming.

Despite that, Fortnite has taken every step to make a more universally approved product, from a gaming and financial perspective. Dawson is evidence of this, as he justified Fortnite’s greatness over its once-biggest competitor.

“I found out about it through friends who’ve played PUBG and thoroughly enjoyed the battle royale genre around mid-summer. I initially thought as another game company hopping onto the bandwagon of latest and popular craze to milk, however, I find it to be more polished than other battle royale games along with adding a twist onto its gameplay by implementing a feature to build from materials players have broken on the battlefield.”

As the game grew increasingly into something greater, inevitably, competitors would try to hop on the back of an obvious market that only had two competitors.

“It changed so many games into “remakes” of Fortnite! Every game is a battle royale now.”

Guignardi’s words reflect on how big of an influence Fortnite has become. Whether it is Call of Duty or Battlefield, every game is trying to jump headfirst into the new market; questions of over-saturation have become very reasonable at this point: does Fortnite have a future if every big name studio tries to recreate their own version of the game? For himself, he claims this does nothing but hurt the industry.

“I like that other games are themselves. If everyone is the same, nobody is special.”

It’s often said copying in the best form of flattery, but with what is happening, perhaps the shooter gaming industry has put itself in a weird position where it may take everyone, including Fortnite, down if it continues to pump out Battle Royale games. In an area of gaming that struggles with innovation, it isn’t surprising to see this happen to a new trend, but it can leave gamers worrisome.

But despite a supposed dip in popularity, Fortnite remains relevant. With a recent Halloween update that completely changed the game temporarily, Epic Games has shown that it can and will remain relevant for gamers. Unlike Overwatch and Titanfall, Fortnite doesn’t seem to give off the feeling it’s here to go soon. Whether it be on Twitch, from a friend, or anywhere, the game has proven itself to be worthy of all the hype. And for where gaming is now, perhaps the audience should take notice of that.